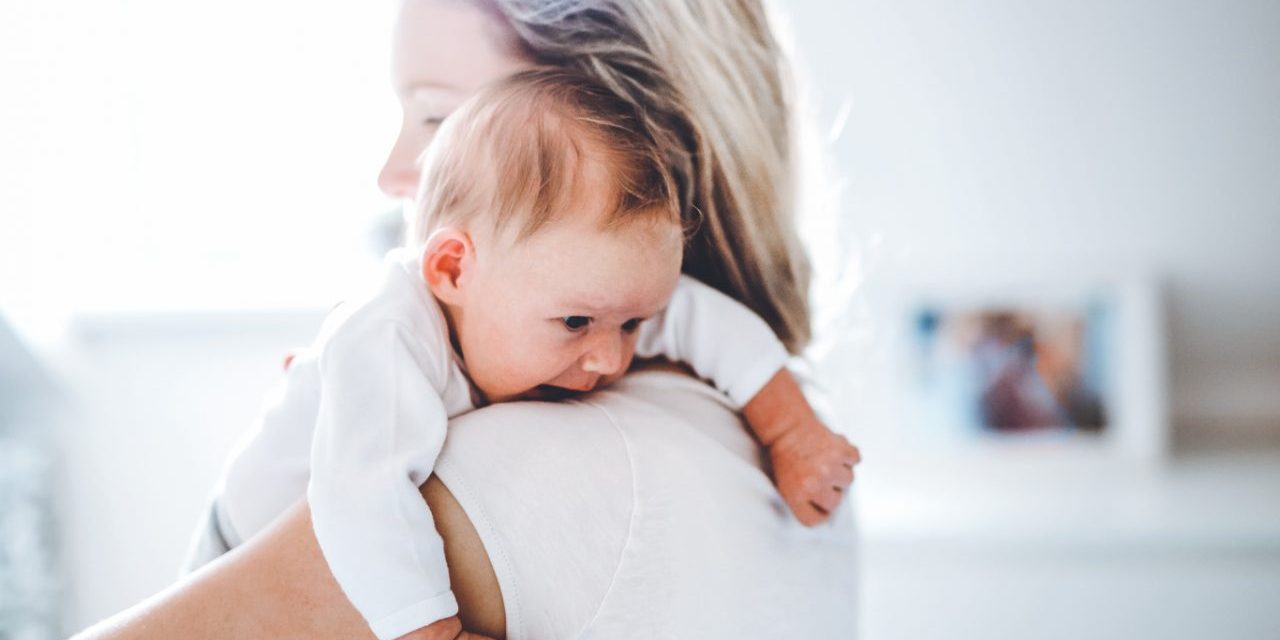 Chiropractic care across the lifespan is a concept that, to some, is a given but to others is highly controversial. After all, “Why would an infant need chiropractic care?” While research has examined the safety and efficacy of chiropractic care and exposed an incredible safety record, and other research has looked at the ways in which we adapt our techniques to ensure the gentlest, most effective care for our tiniest patients, new research emerging from the desks of chiropractors Braden Keil and Christian Fludder has taken a look at something very specific and apparently not uncommon: glenohumeral (shoulder) joint dysfunction. It follows recent study on restricted range of motion in infants and continues to present a compelling case for chiropractic care from the postnatal period.

The glenohumeral joint is the ball and socket joint that connects the upper (arm) limb to the trunk of the body. It is also the most mobile joint in the body which comes at a price: that of joint stability. It is not uncommon to hear of shoulders getting stuck during vaginal birth, yet this shoulder obstruction only occurs in between 0.6 and 1.4% of deliveries [4]. Dysfunction in the glenohumeral joint can be the result of many things such as complications during the labour process, or because of certain movements in utero.

Dr’s Keil and Fludder reported in the recent study, that the prevalence of glenohumeral dysfunction in infants was a massive 71.8%. This was based on their previous work which examined joint dysfunction in neonates and infants within a paediatric chiropractic clinic [5]. Juxtaposted against a study in 2006 which reported shoulder dystocia at an occurrence of 0.6-1.2% of all deliveries [6], it represents a massive difference between shoulder issues picked up in neonatal examinations (i.e. following difficult births), and shoulder issues picked up by a chiropractor who is trained to look for issues with range of motion in infants.

Keil and Fludder remarked that, “The presence of glenohumeral joint dysfunction in infants has been found to be associated with increased irritable behavior. Irritable behaviour in infants is important, as it has been found to be associated with decreased infant sleeping as well as a number of co-morbidities, such as lower IQ scores, poorer fine motor abilities, increased cognitive problems at 5 years of age, and hyperactivity. There is also an association with increased use of health services, increased maternal depression, increased paternal depression and anger, as well as increased child abuse.” This statement was backed up by a range of studies looking at the impacts of spinal vs extremity joint dysfunction, prolonged crying, unsettled infant behavior, and depression and anger in parents.

While it seems dramatic, it is surely a fitting impetus for getting a child checked rather than accepting prolonged crying as normal or “just one of those things.”

In order to examine this important issue, Keil and Fludders recent study looked at 203 infants under twelve months. After exclusion criteria was applied, 178 infants were eligible for inclusion in the study, which also recorded birth method, weight, gender, age and sibling order. Dysfunction was classified as a reduction in passive range of motion including rotation, long-axis traction, and anteroposterior glide.

Of the 178 cases, a compelling 131 (or 73.6%) experienced glenohumeral dysfunction. They also found that there was a greater incidence of dysfunction in those who had been born via caesarean section than there was in vaginal deliveries. Surprisingly, more “non-first siblings” experienced shoulder dysfunction than their first-born siblings.

Keil and Fludder remarked, “There is a plausible mechanism by which the birthing process itself may be contributing to the high prevalence of glenohumeral dysfunction, with trauma to the glenohumeral joint occurring as the shoulder girdle crosses the pubic symphysis during vaginal delivery.”

“There was increased prevalence of glenohumeral joint dysfunction associated with Caesarean delivery, being a non-firstborn, female, and increasing weight; however, statistical significance was not reached for these factors. Subcohort analysis found significant positive linear correlation of glenohumeral joint dysfunction with increasing weight in firstborns and longer gestation length in females [4].”

This study is important for a number of reasons:

Every study comes with limitations, which essentially act as opportunities for further investigation. In this case, the study was retrospective, or looking back in time. This means the data that is recorded can have gaps and we can’t really make any conclusions about the cause of glenohumeral shoulder dysfunction in infants more broadly. Although a higher prevalence of joint dysfunction was seen in infants delivered by caesarean, this doesn’t necessarily mean that the mode of delivery was the cause of the joint dysfunction. But as devotees to the scientific method will say, “Correlation doesn’t equal causation.” Thus, as always, we have more research to do.

In the meantime, there is an important takeaway from this study: prolonged crying in infants is worth investigation. You never know what might be locked up and causing discomfort and restricted range of motion for your precious little one.