Multitasking: Is It Really More Efficient? 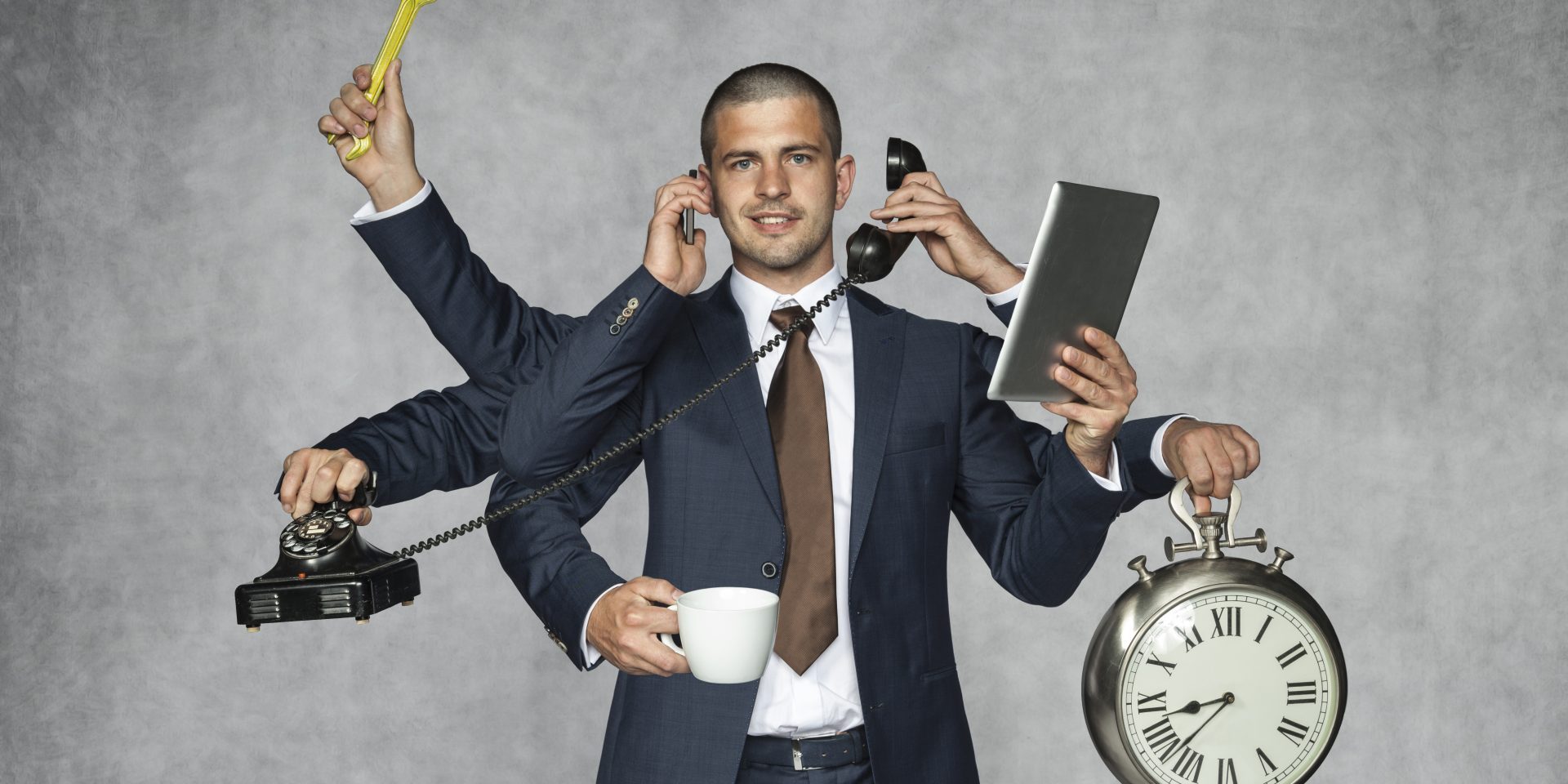 Some of us know the chances of carrying on a phone call and getting an email out are fairly slim, let alone likely to be coherent. Others of us feel we were given the multitasking gene, born to be damn good at doing several things at once. Not only good at multitasking, but the more tasks we multiply the better our performance gets.

Researchers at Stanford University have been running the numbers on doing multiple tasks at the same time and turns out if you’re doing more than one at once, you’re not doing either of them very well.

Whilst scientists have assumed that it’s not possible for the brain to process more than one stream of information at the same time, researchers have long wondered if multitaskers are a special breed who have a high level of control over what they pay attention to.

The study’s lead author Eyal Ophir, a researcher at Stanford’s Communication Between Humans and Interactive Media Lab and his colleagues ran tests on a hundred students, specifically looking for what gave multitaskers their edge in processing multiple streams of information. Subjects where split into two groups, those who were heavy media multitaskers and those who weren’t. They ran them through three different types of attention tests.

“We kept looking for what they’re better at, and we didn’t find it,” said Ophir

The first run of test left the heavy media multitaskers (HMM) coming in significantly behind the second group. Low multitaskers (LM) had no problem with the test requiring them to delinate red triangles in different positions whilst filtering out the blue rectangles. The researchers concluded this was due to multitaskers being unable to ignore multiple stimuli. But they assumed this may be because the multitaskers had a better memory than the low multitasekrs.

However when subjects sat the memory test, a sequence of letters repeating themselves, the heavy media multitaskers were unable to to recall the repeating letters to the same degree the low multitaskers had.

“The low multitaskers did great,” Ophir said. “The high multitaskers were doing worse and worse the further they went along because they kept seeing more letters and had difficulty keeping them sorted in their brains.”

At this stage the HMM were two for two. What then could be the delineating factor that made HMM so darn good at multitasking? Maybe it was their ability to swap from task to task at a higher speed?

The subjects were given a series of numbers and letters to focus on. Were the numbers odd or even? Where the letters consonants or vowels? Again the light multitaskers scored better. Why?

“They couldn’t help thinking about the task they weren’t doing,” Ophir said. “The high multitaskers are always drawing from all the information in front of them. They can’t keep things separate in their minds.”

It’s unclear at this point whether high multi media multitaskers are simply unable to concentrate, even though they think they are concentrating. Or whether the very act of trying to multitask actually damages their cognitive ability by trying to process so much information at once. It appears that multitaskers are unable to filter out what is relevant to their goal or objective. They become distracted and slowed down by irrelevant information.

So next time you’re tempted to send an email, check Facebook and reply to a forgotten text, maybe slow down. Whilst there is certainly a sense of achievement in getting the job done and getting multiple things done at once, if you’re not doing any of them terribly well, it’s not worth the effort. And for those of you who think you’re doing well. Just remember your fellow multitaskers in the test also though the same. A bit like people who think they drive better after a few drinks, your reaction time and cognitive skills are not enhanced, they’re significantly diminished.