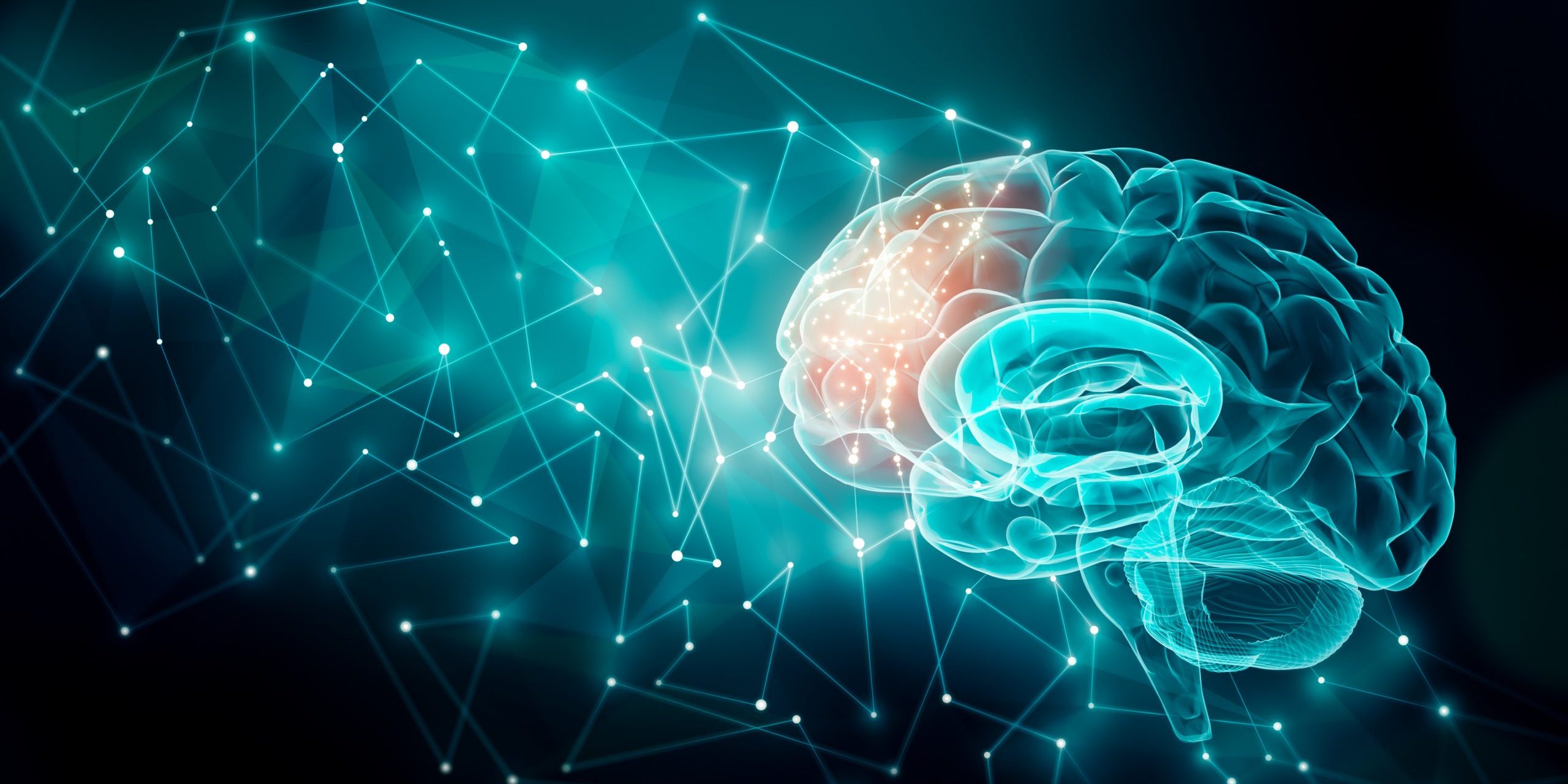 In the last article, we talked about depression as an inflammatory issue (as recent research has revealed). But obviously, it’s not that simple a story. Depression, anxiety, and indeed mental-emotional wellbeing is an issue spanning mindset, environmental triggers, personal resilience and much more. But what does the research say about psychological ramifications for the endocrine system and the possible role for chiropractic? Today we take a look.

A 2008 study titled, “Depression comorbidity and the TNF Alpha system” provided some foundational understanding on how depression and elevated tumour necrosis factors (TNF) often exist side-by-side. Essentially, this pointed to elevated inflammatory markers (cytokines) floating around in the brain (and to a lesser degree, the body) in people with depression. It cited a previous study that found women with depression had elevated TNF levels.

TNF sounds scary, but it doesn’t always mean some flesh-eating cancerous thing. Tumour necrosis factor is a term used to describe a body chemical that is present during acute inflammation and plays a role in signalling, which can lead to the death of cells. We need it, and we also need it to be in balance. When it isn’t, it can kill too many or too few cells. This links both to the growth of tumours (as the name would suggest) and to the amount of neurotransmitters such as serotonin in the brain.

In another related study, anti-TNF treatment (which is an immunosuppressant often used in treating auto-immunes and other inflammatory conditions) directly impacted neurogenesis and memory function [3]. The study placed stress on rats, specifically “unpredictable chronic mild stress” which is a model used to simulate depression in animals. They found the rats that were treated with anti-TNF had no depression symptoms. This indicates that inflammation must be present in order to depression to exist.

One particular mechanism by which this may occur is nestled in the 2008 study: neuronal serotonin transporter activity was affected by inflammatory factors [1]. Serotonin transporters clean up serotonin from inside the brain, which reduces the amount that is floating around and available for use. But when inflammatory factors enter the picture, it can negatively affect the serotonin balance by getting rid of too much.

This is why serotonin reuptake inhibitors are often used in depression to slow the clean-up. However, if a reduction in overall inflammation is possible, it stands to reason that even mental illnesses like depression may benefit. When we take action to lessen the inflammatory load, our health in terms of brain and body is likely to benefit.

Traditional medical care tends to isolate individual conditions, but the chiropractic lens tends to see the body as a contiguous, self-regulating system wherein all is connected. If you have inflammation in your skin, or in your gut as well as your brain for example they are all likely to be linked. So, reducing overall inflammation becomes key.

To be clear – inflammation is seen by the body as a physical stressor. But chiropractic care can help modulate the human stress response so that the body can get back to a state of rest and repair.

This is echoed in another study which looked at chronic pain and depression. It found that chronic pain has been seen to cause a reduction in hippocampal volume and function which can predict behavioral change. More specifically, chronic pain interferes with a prominent hippocampal area that forms networks between sensory inputs (CA3) and the area where sensory information first comes together from which memories can be formed (the dentate gyrus). Not only does this span the experience of pain and sensation, but also the formation of memories. Both may impact our mental state and as we now know, our inflammatory load.

The same study also showed that the chronic pain patients had impairment the HPA axis (the hypothalamic pituitary adrenal axis which affects hormones, the endocrine system, and by extension the body’s ability to mop up inflammation and manage stress).

Essentially stress itself can regulate (alleviate or enhance) pain, and provides more evidence for the association for pain and affective circuitry [4]. The latter can affect mood and offers another explanation for the common coexistence of pain and depression.

The big points in these four studies are:

This study also named a chiropractic hot topic: nociception. That is, the aberrant feedback from the body into the brain that we interpret as pain. Chiropractic deals with nociception via the adjustment as it removes interferences (subluxations) that might affect communication between body and brain and restores optimal movement within the spine thus enabling optimal function to return. It’s not aimed at curing pain per se, but at restoring adaptation and the body’s ability to heal itself and express life.

A number of case reports have shown improvements in depression while under chiropractic care, and a number of observational studies have also linked the two. Thus far, we lack clinical trials, but the breadcrumbs are certainly there.

What does the chiropractic research say?

Foundational to chiropractic care is the vertebral subluxation. The Australian Spinal Research Foundation defines it as “A diminished state of being, comprising of a state of reduced coherence, altered biomechanical function, altered neurological function and altered adaptability.”

Within this, there are a few key concepts that chiropractors are taught from the beginning: that the vertebral subluxation is caused by trauma, toxins and stress, and that stress can be physical, chemical or emotional. The brain does not distinguish between stress as a bear chasing you, or stress as a relationship or financial strain. All stressors enact the body’s survival mechanism (firing up the sympathetic nervous system which handles our fight or flight response and implicating the HPA axis). There is research that shows long-term activation of the HPA axis (part of the Sympathetic Nervous Systems response to stress) leads to increased inflammation [8].

A reasonable explanation for this is that we are not meant to stay in stress long term. It exhausts our body’s resources, thus increasing our inflammation levels while draining us of the ability to respond to inflammation. When someone is subluxated, they cannot adapt properly to stressors, whatever they may be. Chiropractic care aims to restore adaptation and optimal neural function, dampening sympathetic nervous system activity and restoring the body’s ability to heal itself and express life more fully.

It is said that “lack of evidence doesn’t mean evidence of lack.” Time and more research will surely uncover the mechanisms.  That is why the studies shown above are important in explaining the linkages between stress and hormones, pain, inflammation and depression (or mental illness).

While understanding full details and mechanisms behind chiropractic care and sympathetic nervous system function is a large and unfinished task, we do have some very interesting studies in the area of spinal manipulation and inflammation.

A 2016 study mimicked post-operative pain in mice and then measured a number of inflammatory and neural factors pre- and post- spinal manipulation using an activator [5]. They found that after spinal manipulation the behavioral and neurochemical signs of pain were reversed. The neurochemical aspect is important, as TNF levels that were previously elevated due to simulated pain, were reduced.

What we can extrapolate from this is that chiropractic care may assist in the reduction of inflammatory markers and thus inflammation. This is consistent with a number of chiropractic case reports indicating improvements in the presentation of depression, and autoimmune conditions (in which inflammation is always significant) while under chiropractic care.

Time and further research will hopefully help us isolate and confirm the mechanisms that appear to link spinal manipulation with a decrease in inflammation, or in fact confirm our effect on sympathetic activation. But for now, we know this: a stressor can be cognitive, physical or chemical. All of them matter, and chiropractic care can be part of the puzzle when it comes to restoring health across all three.