The Brain and the Immune System: Can Chiropractic Really Impact Them? 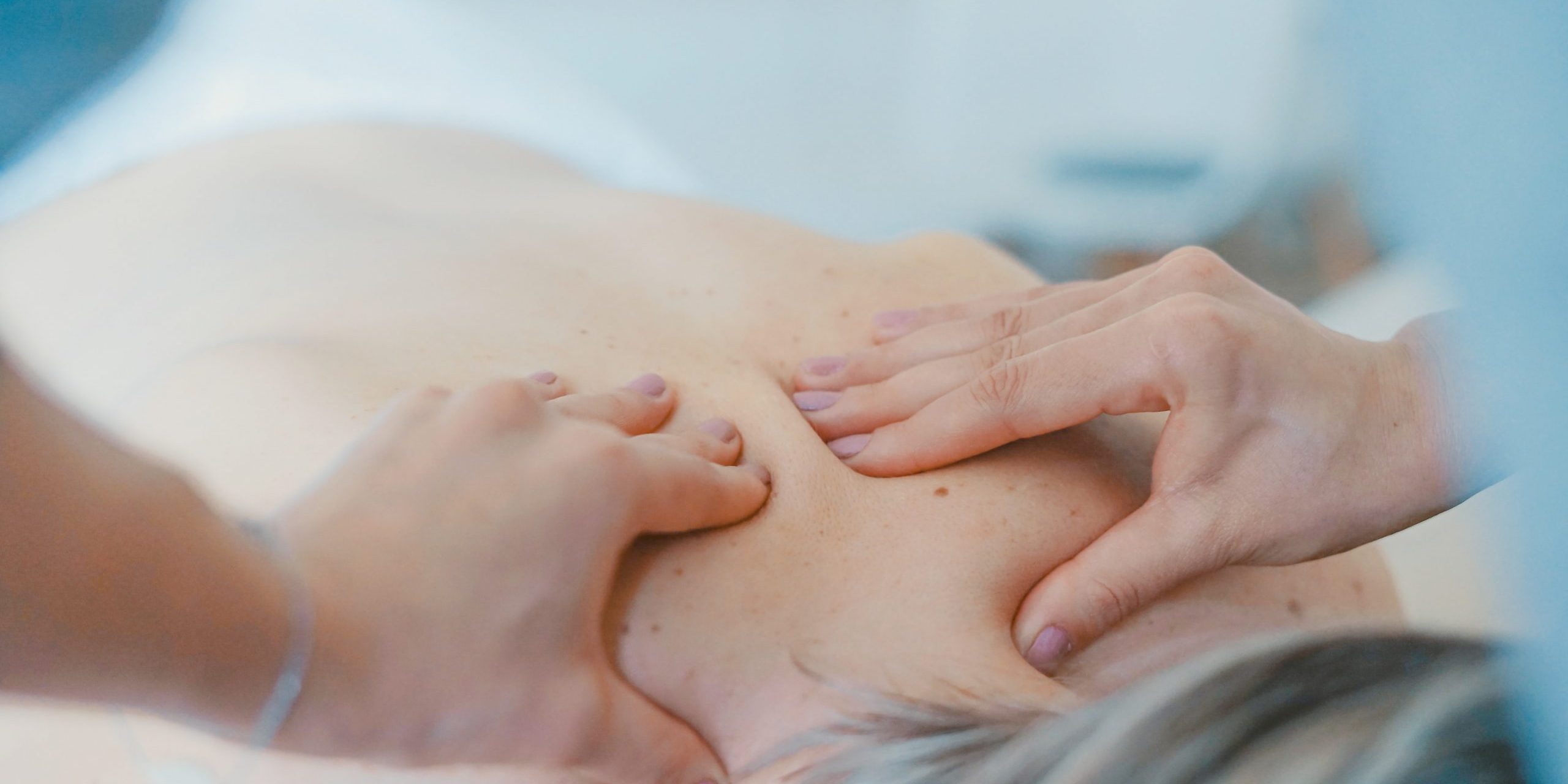 Since the inception of the profession itself, chiropractors have claimed to be doctors of the Central Nervous System, masters of connecting the brain and body and removing interferences so that health can be expressed to a higher level. This is all well and good, but in a world where research is currency, how do we back up our claims that chiropractic may indeed help the body immunologically? Better still, how do we help our practice members to understand it?

Psychoneuroimmunology is a word with enough syllables to make someone switch right off, but in fact it is something that impacts all of us: it is the linkage between cognitive, behavioral, and immunological systems in our bodies. How we think, act and feel can and does have a profound impact on the manifestation of health in our bodies. They might sound like entirely different issues but as it turns out, they’re not.

When you head across to the Australian Association for Psychoneuroimmunology practitioners, you see chiropractic pretty high on the list along with other professions such as psychologists and nutritionists. Why?

We have yet to complete substantial studies measuring chiropractic’s effect on psychoneuroimmunology, as such a feat would require many variables and studies. But we do have case study upon case study that shows improvements in inflammatory conditions concomitant with chiropractic care, and we do have basic science that shows how this picture all comes together.

Come with us as we take a look at the basic science, the chiropractic specific science and the clinical implications. First cab off the rank: the science of inflammation – how might chiropractic care impact the manifestation of stress and inflammation?

The science of inflammation

Since infancy, we are taught to treat inflammation topically. Do you have a rash on your hand? Pop a cream on it. If it’s a bad rash, that cream will likely be a corticosteroid to offset the body’s apparent lack of ability to respond to that inflammation itself. If only inflammation stayed that simple. As we age, we see other types of inflammation enter our increasingly complicated picture of health. What too many of us take for granted is this: inflammation doesn’t start with a rash on your hand. That’s just what it ends up looking like.

Inflammation actually starts with your brain responding to a stressor (physical, chemical or emotional for example), enacting the sympathetic nervous system which governs your fight or flight response, and dispensing hormones to take care of the problem. Involved in this foundational, yet complex process are neurotransmitters, chemicals such as inflammatory cytokines and leukocytes, and then depending on the genetic and epigenetic tendencies of the individual, an itch, an ache or an autoimmune disorder.

That’s the fire and brimstone version. But there has been a longstanding hypothesis that chiropractic care may modulate the human stress response, thus giving the body more resources to recover from things like inflammation.

Stress hormones as a starting point for weakened defences

There are two axes at the heart of the human stress response (also known as fight or flight or sympathetic activity). Both of them start in the brain and implicate the hormones. There is the hypothalamic-pituitary-adrenal axis and the hypothalamic-pituitary-adrenal-gonadal axis. Both exist in all of us, as everyone produces some level of testosterone and all of us rely on cortisol when experiencing stress. The basic role of the HPA axis is to mobilise the body’s energy stores under stress, which obviously includes physical stressors in which anti-inflammatory and steroidal hormones would be dispensed from the adrenal cortex.

What we know is that, under stress, the production of cortisol is prioritised over other hormones, such as testosterone or progesterone along with other key factors which are needed for a well-balanced system.

A recent review published in the International Journal of Osteopathic Medicine indicated that cortisol (from the HPA axis) and testosterone (from the HPAG axis) had the ability to oppose the activity of the other axes [1]. It included findings that, in rat models (which often act as human biological modelling tools), those with lower testosterone exhibited increased ACTH [a stress hormone] and Cortisol. This indicated higher HPA (stress) activity.

The reverse was also found when testosterone replacement therapy was introduced. While the purpose of the review was to discuss the idea that cortisol and testosterone together would be better indicators of the extent of the stress response than cortisol alone, it raised another possibility that speaks indirectly to the chiropractic model and this is the role of spinal manipulation in the stress response.

“Manual therapy has been hypothesized to activate the liberation of various biochemical markers from neural tissue.” Later on, the authors remarked that, “the interaction between the HPA axis and these biochemicals… cannot be overstated [1].”

Other research has shown manual therapy to influence tumour necrosis factor, endorphins, interleukins and adrenaline. As these markers impact everything from the body’s ability to recognise and deal with unwanted growths (i.e. Tumours), our happy hormones, immune regulation and response, it’s easy to see why the authors of the review said that this could not be understated.

Frankly, a whole lot of health is impacted by these neurotransmitters and modulators. The fact that spinal manipulation and manual therapy can have such far reaching flow on effects means we should all be taking a second look at the simple chiropractic adjustment.

The Bigger Picture: Depression as an inflammation issue

A recent article published in the Journal Medical Hypotheses echoed the above findings, by confirming readily available research that indicated a connection between spinal manipulation (chiropractic care among other things) and the modulation of the sympathetic nervous system which in turn helped control stress levels and thus the body’s endocrine (hormonal) health. It indicated once again that spinal manipulation might modulate the HPA axis, this time going into a lot more detail as to the mechanisms behind it.

We typically think of the fight or flight response as something the body only switches on in emergencies.  However, a more accurate picture of this is that the body switches it on in perceived emergencies. These can be loud noises, a toddler who has gone quiet all of a sudden, or financial stress that stretches on for years. All are stressors to the brain. Thus, all demand the resources of the Sympathetic Nervous System and the HPA axis.

This brings us to issues such as depression and anxiety. Remarkably and concerningly common in the modern experience, we can all too easily think of them as mental illnesses alone. However, science doesn’t exactly back that up. In fact, we know that serotonin is produced in the gut in massive amounts. We know the vagus nerve creates a conduit between gut (enteric nervous system) and brain.

But in addition, new research indicates that depression may be an inflammation issue. Depression is a disease that appears to carry comorbidities (or other seemingly disconnected conditions) alongside. Which came first is sometimes a case of “chicken and egg.”

A 2008 study on depression and comorbidities has provided the foundation for further studies in the area. It linked depression and cytokines (inflammatory markers) and remarked that the cytokine is activated in physical diseases and may potentially be involved in the development of depression.

Further research has gone into this link as the world of science has grappled with an apparent mental health epidemic in the developed world. In light of this, a 2015 study found that many depression patients had increased levels of pro-inflammatory cytokines. Furthermore, antidepressants have been found to have anti-inflammatory effects. On the flip side, other studies have shown anti-inflammatory drugs to have an anti-depressant effect.

But this centres on an outside-in model of health, whereas chiropractic focuses on an inside-out model of health. That is, if we can help the body modulate stress, and remove interferences to health, we can support the body as it does what it was designed to do: repair, live, and thrive using the body’s own steroidal hormones to mop up the inflammation that we face almost daily.

As we embark on a new year, is there a better time to consider your stress load, how it might be affecting your mental, emotional and physical wellbeing, and how chiropractic might help?

Tune in to our blog next week when we talk about how chiropractic care may influence the brain and hormonal system, and help build health across all the areas implicated in psychoneuroimmunology.