Subluxation vs. Subluxated: How HRV Can Help Map The Difference 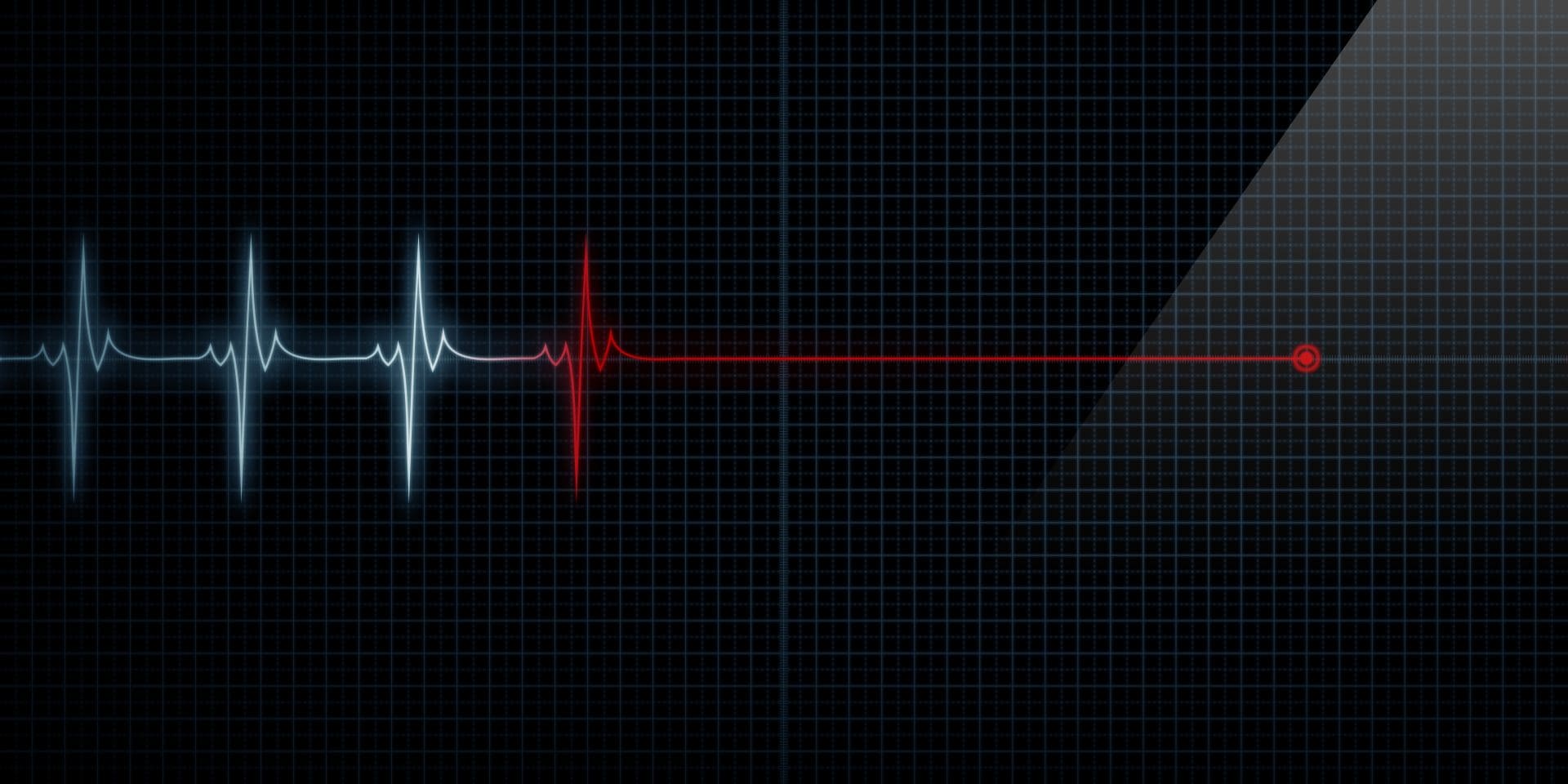 [The following is an interview with Dr David Fletcher in which he discusses his approach to objectively measuring the subluxation and communicating findings to patients. It is not a paid advertisement or product endorsement.]

Communicating chiropractic is an important art. We know what we do works. How do we get this message to the ears of the people who could benefit so greatly from the adjustment? One strategy that is becoming more and more prevalent in literature is HRV, or heart rate variability.

It’s a topic that is gaining momentum, with case reports showing sustained improvements under chiropractic care and with practitioners commenting on clinical relevance. Traditionally, HRV has been thought of as the domain of the cardiologist and there’s a plethora of research to back that up. But when we use HRV to paint a picture of a neuro-adaptability, we have a tool that is very valuable to chiropractic.

To Dr. David Fletcher, it can help us paint a picture of what it means to be subluxated. He explains that subluxation and subluxated are important distinctions that, when presented the right way to patients, can help create more certainty, clarity and confidence for patients under care. “I think probably the most powerful tool a chiropractor can use is HRV. I like it because it’s a non-spinal test. It begins the conversation with a patient as to whether or not they are coping or adapting to whatever it is that they are under.”

Sure, the vertebral subluxation is the central theme to chiropractic. It’s what we adjust. But what matters to the patient under care are the changes to adaptability, and thus health, that occur when they are no longer in a subluxated state. This is what the patient can see the difference using objective tests.

Dr David Fletcher is the man behind the Chiropractic Leadership Alliance that produces the INSIGHT Subluxation Station. The scanning unit (in its various iterations) did not always include HRV capabilities, but in 2006 it was added.

“It was the genius of Christopher Kent,” says Fletcher. “HeartMath was, at the time, the gold standard – Rollin McCraty was the PhD behind some tremendous studies. One of the brilliant ideas they came up with in HeartMath was the idea of measuring and using coherence.  They used it as a biofeedback tool, and then reversed it as a therapeutic approach. When we were doing our studies, we took more than 1,900 scans of well-adjusted people. Now we could take probably 2 million and look at all the differences we want to. But in the beginning, we took those 1,900+ and used scatter plots to establish where a well-adjusted person was situated. We decided to do that [for research purposes] versus going and using it in a therapeutic approach like HeartMath was doing.”

The scanning process is an important one if it is going to create an accurate picture, especially for the bank of research-grade data that CLA is amassing.

We are the only HRV system that live-streams Galvanic Skin Response [GSR] at the same time as we are doing HRV. We live-stream GSR to ensure that the person is in a zero anxiety state. Mental/emotional stressors are picked up instantly in GSR. We also live-stream temperature so if there are any distortions in vasoconstriction or vasodilation to the fingertips, we will pick that up and stop the test right away. We also monitor, before we even start a scan, whether or not someone has an arrhythmic state. Before you can even start a scan you need to pass three biometric standards. By the time someone does an HRV scan with us, they are in a quieted state.”

How HRV can powerfully illustrate what a subluxated state looks like

“HRV is associated with vagal tone,” says Fletcher, “and vagal tone is under the influence of the upper cervical adjustment. If there ever was an instrument that shows you how we start to make a difference in the functional nervous system, it’s HRV. It’s 2018. We have the benefits of science, technology and an emerging profession. If we are ever going to win the battles, it is going to be based on objective data and there is nothing that they [the medical and research world] can do to deny the benefits of HRV.

But HRV isn’t just useful for research. It also has very real benefits in clinical practice.

“We know what a well-adjusted state should be,” says Fletcher, referring to the sEMG studies in the 1990’s. This data offers a green box of sorts – a graphical representation we can show a patient that indicates where they could be if they were in a well-adjusted state. What happens when you plot someone who has subluxations against this, even in a rested state? The results show a key distinction, and offer a picture of the power of chiropractic.

“We take someone who is subluxated and under the effects of stress. They aren’t anxious. They are mindfully at ease and in a coherent state, yet they plot way outside of the green box. The subluxation model illustrates that their body is perceiving something different than where they are at.

Here’s the cool thing that Amy [Haas] found, and so did Zhang and a whole bunch of other researchers, when you get the subluxation under control, not only do you get a better balanced parasympathetic/sympathetic tone, but you recharge the autonomic nervous system. You actually build the amplitude back in it. You get higher HRV, which means the person has less inflammatory responses, greater senescence, greater resiliency, and greater immune response. This is all published. But what we know is that our data shows if you engage chiropractic, you will be not only able to hold better balance, but you will have greater charge within your autonomic nervous system than any normal person. You actually have a greater reserve than anyone else.”

Once the tests have been done, the graphical interface means the patient can clearly see where they are at with regards to that green box. This isn’t just a HRV test. It includes EMG and thermography too.

“If the person is one, two or three regions away from the normative database, we see a different colour zone. From a goal setting

perspective, the clinician can be saying to the patient, ‘You are at your best when you are as close to normal as possible’. We provide a score for these graphs. Goal setting could never be easier because the databases are based against a well-adjusted cohort.”

The numbers are easy to understand, even for the layman. “If you get a score of a hundred, you are at a well adjusted level,” says Fletcher. Many users of the station work within a paradigm many people have been familiar with since getting their grades in school: A “C” is 60 and above. A “B” is 70, and an “A” is 80 and above. But the key is the conversation that accompanies the scores.

“When we first talk with our clients, we show them the benefits of combining instrument data from HRV, EMG and then scanning, by teaching a pneumonic – RED: R is reserve, E is for energy distribution and D is for Depth.

The first priority is to see if the patient is languishing in a very stressed or subluxated state and we plot them on the HRV. How much reserve do they have? The second thing is that we bring it home to the spine. We say, “the one force that is never going away is gravity. How are you expending energy against a gravitational field? Are you fighting or not?” That’s where the sEMG comes in. Finally we do a thermal scan and which then says, “Are you getting sick with your experience?” We are looking the end organs, associated with the pre and post-ganglionic spinal autonomics. That is showing how we adapt. That is why it is such a good tool for chiropractors. Add pain to the mix. Add an x-ray to the mix. I don’t really care whether you do or don’t. It comes back to reserve, energy distribution and the big question: are you getting sick with your experience?

Creating conversations with patients becomes easy within these parameters. Research is beginning to show us things like how a person can perform a mental rotation task pre and post-adjustment. It is showing us things about proprioception and force to the muscles. Fletcher’s approach takes it back to something that the patient can see and understand, and then participate in goal setting from.

There are those that argue we don’t need it, and perhaps that argument is valid. Chiropractic is still chiropractic whether you measure the outcomes or not. But Fletcher reinforces the fact that this isn’t taking us away from the purity of chiropractic. What its doing is quantifying it, showing us and our patients in a very objective, measurable and understandable way, the power of the adjustment. It should give us more certainty, clarity and ability to rest on the power of the adjustment. It’s not adding any extra modalities. It’s creating more certainty around the one we have.

“It was named the Subluxation Station because it adheres to all those elements,” he says (although the upcoming iteration of the scanning unit will be called the Adaptation Station). “When a person, not a spine, is under the influence of a subluxation, it affects them in all aspects of their life and health. By measuring HRV, what you are doing is taking a snapshot that shows if this person is succumbing and becoming maladaptive.”

This gives us an opportunity to see how this subluxation, this measurable difference in the spine, creates, contributes to and is associated with the subluxaTED state. “We can now look globally instead of just being mechanistic, kind of punching the spine and saying “There! That got it.” Well, what is it?” If we are really talking about vitalism, we want to try and move as far away from reductionistic manipulation as we can. We want to reengage the person.”

Re-engaging the person in the conversation about increasing adaptability is an essential part of any care plan. This is just one way you can do it, albeit a way that harnesses objective measurements – something concrete that the patient and practitioner alike can see.