Aware Care Vs. Scare Care: How Objective Measures Of The Subluxation Can Help With Goal Setting 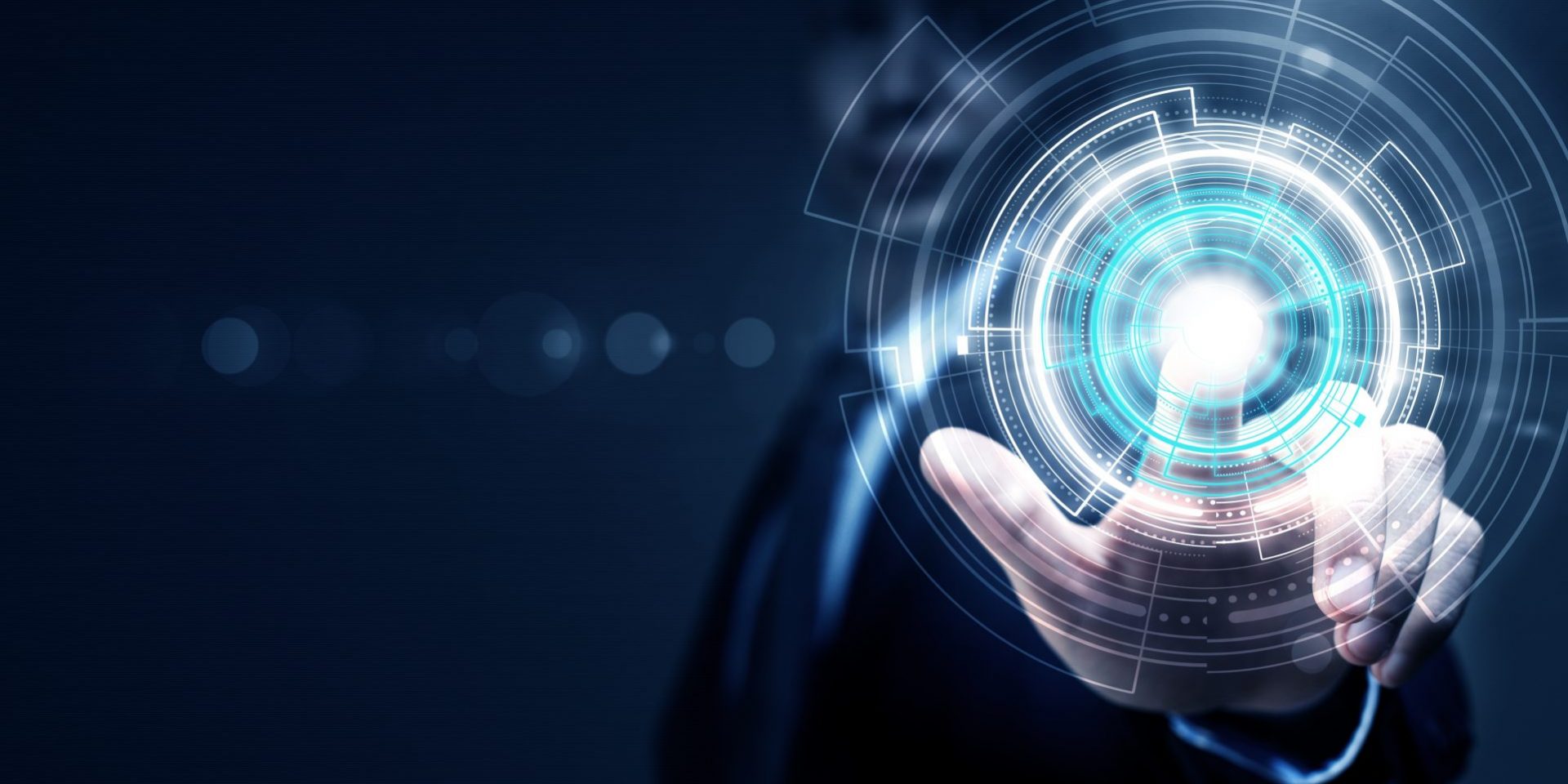 [The following is an interview with Dr David Fletcher in which he discusses his approach to objectively measuring the subluxation and communicating findings to patients. It is not a paid advertisement or product endorsement.]

Recently, we reported on a case series published in the Chiropractic Journal of Australia that covered sustained improvements in heart rate variability in six individual cases. It followed the publication of another study emerging from the New Zealand College of Chiropractic that found we can indeed reliably detect subluxations, and that the inter-examiner confidence is high. They are important findings, and they feed into an essential conversation around chiropractic care. What we do is reliable. How we communicate it is important. How do we keep taking this conversation forward?

To Dr Amy Haas, the ability to measure something like Heart Rate Variability means we can keep the conversation about function rather than pain. Furthermore she says, “If you are delivering care to increase the function of the nervous system then there should be some objective measurement showing that your care is creating the outcome intended.”

It’s a sentiment Dr David Fletcher, the man behind the Chiropractic Leadership Alliance (CLA), firmly agrees with. His is a career built on chiropractic, research and a special interest in functional performance (which included a fellowship in sports sciences). This, and a drive towards understanding the objectively-measurable impacts of the subluxation and the adjustment, has brought him to his current position at the helm of CLA driving future iterations of what many know as the Subluxation Station.

The Subluxation Station, currently known as the INSIGHT scanner, was the brainchild of Dr’s Christopher Kent and Patrick Gentempo. Theirs was a meeting of the minds that married Kent’s research and functional neurology prowess with Gentempo’s rich understanding of surface EMG.

The intention was important. It wasn’t about observing the dynamics of spinal musculature. It was about looking at the efficiencies and inefficiencies of when a person was subluxated or not. Beyond range of motion or other tests, they started to take note of the normative amount and distribution of energy in subluxated or unsubluxated patients. They published a database of these readings in the 1990’s, having gleaned a cohort from the well-adjusted students at Life University.

“The whole goal always was to identify the degree of distortion that a subluxated or unsubluxated person had while performing a very reproduceable test,” says Fletcher.  “So it was a seated EMG, axial progressive loading in a seated posture, hips and knees fixed at 90 degrees, seated upright.”

It was the beginning of a beautiful thing, with a portable scanning unit soon developed, thus enabling clinical data captures that could show the reach of the subluxation beyond pain alone. All of this was geared at what Kent called a 3 D model for subluxation: Dyspoenesis, dysautonomia and dyskinesis. There was a 4th D of course, the one that underpinned them all – dysafferentation.

Enter Dr David Fletcher. “I had been doing some work on sEMG and I realised I wanted new equipment. I sourced out some new equipment. Low and behold I met these guys [Kent and Gentempo] and a lifelong friendship formed. I taught CLA clients for 17 years before I took the company over. We could, in those days, capture some really reproduceable data. The problem was that it was in individual’s offices. We didn’t have large cohorts that could be brought in.”

With Fletcher currently at the helm of CLA, the INSIGHT concept is developing even further. With the addition of Heart Rate Variability capabilities, and a number of improvements to portability and data accessibility, the next iteration has been launched as the (now wireless) “Adaptation Station” – a nod to a key concept at the heart of chiropractic.

“We now have what is possibly the largest tranche of clinical data that has ever been collected. We are rigorous in its collection because we want research to be done on the subluxation,” says Dr Fletcher. “One of the next iterations is going to be an iOS interface so you can read the data off your iPhone.”

In fact, the data can be scraped a number of ways, which enables research-grade data to be extrapolated from the machine. “In a heartbeat, you have a peak and as it starts to descend, there is another valve that closes and you get another blip. It’s called a dichroitic notch. Many systems aren’t sophisticated enough to not pick this up as another beat. We can interpret where these missed beats are corrupting the data. As a result of that, I think we possibly have the cleanest research grade data available.”

It means a plethora of subluxation-based research possibilities from such a large data pool, but it’s the applications in clinical practice that create opportunities for goal setting and what Fletcher calls “Aware Care, vs Scare Care.”

Aware Care, Scare Care and Why We Need to Measure the Impact of the Subluxation

David is no stranger to arguments around the role of technology in what started as a hands-on profession. But he reminds us this is about measuring what we do, not moving us away from what we do.

“BJ [Palmer] was probably the most rigorous researcher of the subluxation of his time. That’s probably why he chose what he had access to, which was x-ray and thermography. He never did finish what he was trying to capture…he was trying to understand wave formats associated with the mental impulse. We have grown so far past that.

I’m probably about as raging a subluxationist as you could imagine, but it was always objective. It wasn’t ‘how do you feel?’  It was ‘how do you function?’ I think many chiropractors, aren’t skilled enough to understand the impact of a subluxation on human health and performance. If they actually did take a look at what damage the subluxation was doing, they would take their output and outcomes far more seriously.

BJ really saw the chiropractic adjustment as the equivalent of neurosurgery without a knife. It was supposed to be precise. It was supposed to be associated with a change in function that is associated to the vitalism that is innate intelligence. To just simply say “I lay my hands on people and arouse innate” is completely against the vital model that was put forward in the earliest of days. We have always been a profession based on the science of the subluxation. I believe my contribution in bringing forward HRV particularly to the adaptation station, and its ability to capture data for research is really following in the founding footsteps.”

Far from being a step outside our modality, the INSIGHT/Adaptation Station is very much “in our lane” as it enables us to get a better look at what happens on a biometric level when we are subluxated vs unsubluxated.

Understanding and communicating this is an important undertaking. “Because we are such a young profession, we sometimes have cavalier attitudes to what we do,” says Fletcher. “We know it works. We don’t have to have medicine say ‘I like you.’ We are really good at what we do. Our objective data continues to tell us, more than we ever thought, how important it is to be adjusted.”

More than thirty years in practice has seen Fletcher develop a pattern of measuring biometrics and bringing patients in on the conversation. It creates opportunities for goal-setting that has function and human potential at its heart, rather than pain. The latter means the patient enters care from a point of fear. The former means they discover the possibilities that open up when we are able to move out of our subluxated state.

It involves capturing a benchmark of a patient when they first enter care. Fletcher uses a 3-part examination with the station. It involves capturing a sEMG reading, a thermography reading, and a heart rate variability capture. If there is trauma or injury, x-ray and range of motion are taken too. “This is not an either/or,” he says. “You can do both. Clinically, you aren’t trying to avert an x-ray. This is a simple, applied, non-invasive approach.” It’s all geared at understanding what the subluxation patterns are. This data is then presented at report of findings, where the care plan is discussed. The patient is then re-scanned in cycles of 12 visits. Fletcher is then able to show the patient where they are trending, and more specifically, whether they are trending towards more coherence, or away from it.

“The first three scanning sessions are the most important,” he says. The first scan is the baseline. The second shows us whether they are changeable.

Are they moving in a direction we want? The third scan shows us whether we are developing a positive or negative trend. “After that it’s a continuation.”

This data creates awareness around the state of adaptability, and an ability to set goals with the patient about what further care can do. It isn’t scaring apatient into staying under care. It’s empowering them with the knowledge of what happens when the subluxation is removed and proper function is restored. Its objective, its measurable, its powerful.

Given his background in functional performance and sports science, Fletcher is (unsurprisingly) a proponent of goal setting. “If we take a look at the successes in medicine, and take simple metrics they have used (for example blood sugars or cholesterol levels), there is a numeric level that they teach their patents to rate themselves on. Now we have a methodology by which the patient can give some self-rating or self-experience. It’s completely about aware care vs. scare care. It’s a positive experience for them to have a goal-setting methodology.”

“One of our communication methodologies is a poster about feeling vs function,” he says. “Absolutely, if you are in pain, come in and let us help you. But be aware of what else your body is telling you. It is so clear that is how we have to position ourselves. We are not medical doctors. That is not our thing. We need to stay in our lane. Part of that is communicating in a methodology other than pain.”

Where could this data take chiropractic?

Given the data at his fingertips, it seemed logical to ask what he’d like to see from subluxation-based research. On this front, and in a world of possibilities, human potential was the first place David’s brain went. “In terms of a practical application for research that would take us into where we want to be regarding human potential, I would like to seriously take a look at neurodevelopmental, child-based care, which is so far away from symptom management. I’d love to look at developmental learning vs high performance athletes.”

“I think developmental learning would be such an important thing to come out, for the world to see that the kids that are well cared-for and well adjusted are the smartest kids in class. I’d love to see that come out in research. One of the things that I look forward to is seeing a chiropractic, research-based application of the coherence relatability between EEG and HRV. There are lots of studies on that already, but we need a chiropractic model that looks at how the vagal nerve, being impacted through the adjustment, impacts the dynamism of brain-based functionality. I believe that brain based care is the next frontier.”

“Chiropractic needs more skilled people knowing how to adjust and why they adjust, and then we need to broaden the scope of where we see outcomes in these brain-based functional states.”