The Neuroscience Behind Carrying Babies Keeps Them Calm 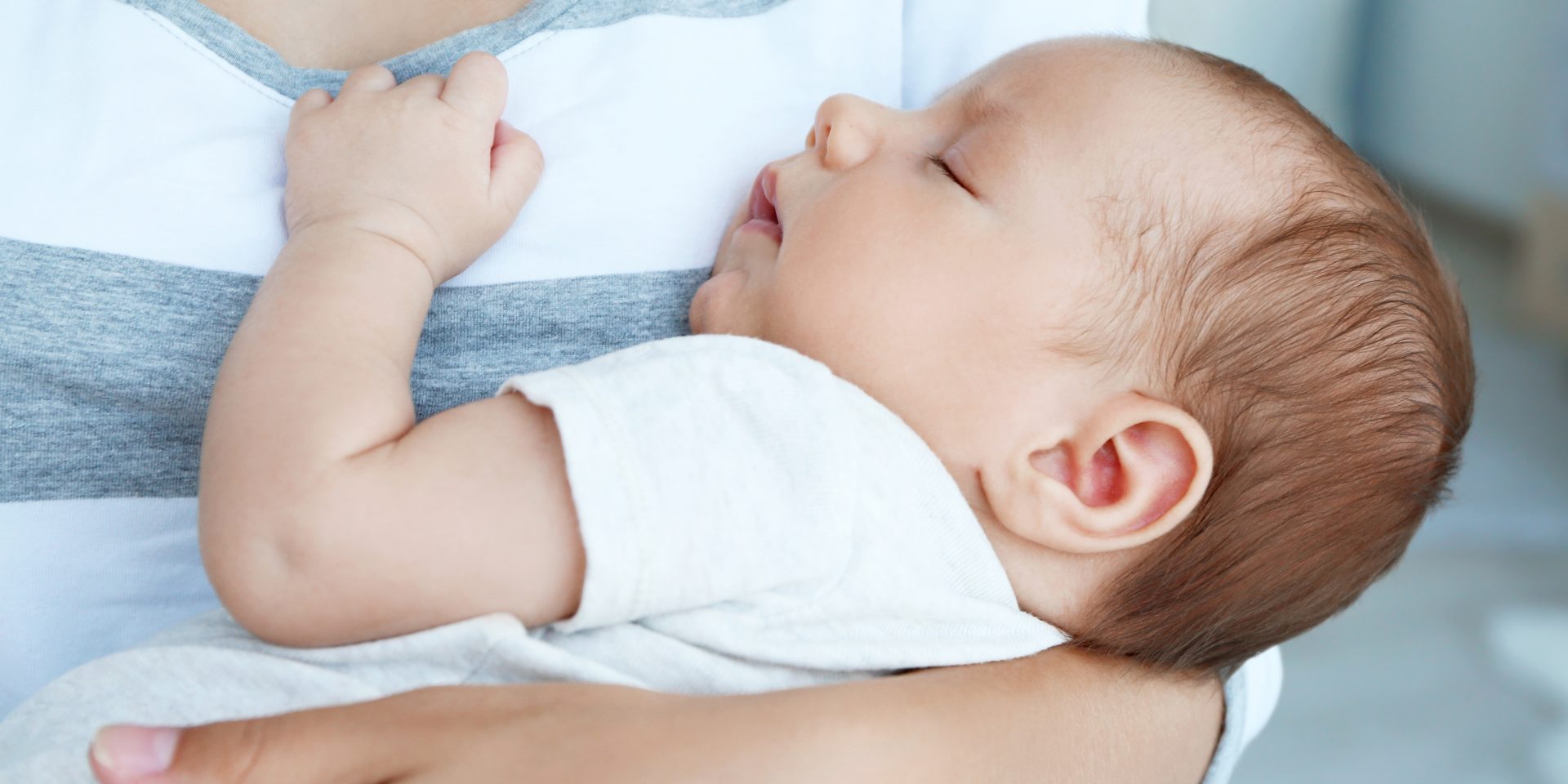 Countless tired parents across the globe know the story. Walking around for hours on end, patting their over tired baby, trying to get them off to sleep. Then ever so gently lowering them into the cot only for them to open their eyes, wide-awake to start crying again!

What researchers1 have discovered is that your little one may not be some devious wee creature with aims to take over the whole household. Instead it’s a biological and physical response to being carried. When they’re carried they fall asleep and when you stop walking with them, well, they don’t.  It’s all to do with a very small part of our brain called the cerebellum.

This part of the brain only accounts for about 10% of the size of your brain but it contains over 50% of its neurons. It’s this part of the brain that regulates movement, motor control and your cognitive functions. It also assists in regulating your heart rate, via it’s connection to the Vegas nerve. Your sympathetic nervous system is the part of the brain responsible for the flight or fight response. High heart rate; the body knows we’re under some sort of duress. Low heart rate; equals peace and relaxation. It’s why meditation has been shown to be so effective. It calms the cerebellum, and creates a parasympathetic response of wellbeing.

What the researches1 of RIKEN University in Japan have found is that it’s a combination of the parasympathetic nervous system and the cerebellum that are responsible for the low ECG heart rates, found both in babies and mice pups being carried by their mothers.

When they studied this observation, the researchers found that babies calmed down and stopped moving immediately after they were carried. The mice pups stopped emitting ultrasonic cries. The mice pup also adopted the classic response posture seen in cats and baby lions when picked up in the mouth of their mothers.

“From humans to mice, mammalian infants become calm and relaxed when they are carried by their mother,” says Kumi Kuroda of the RIKEN Brain Science Institute in Saitama, Japan.

The report published in the Journal of New Biology1 found infants under the age of 6 months carried by their mothers stopped crying and showed a rapid decrease in their heart rate, compared to infants held by their mothers who were sitting. The same observations were noted in mice pups.

Using pharmacologic and genetic interventions the researchers were able to see that the calming response was due to upstream and downstream neural systems. Kuroda speaks of the relationship between the baby’s proprioception, that is their ability to be informed of their position in space. And their somatosensory system, which is their ability to be informed about objects in their external environment through touch.

“Somatosensory and proprioceptive input signalling are required for induction, and parasympathetic and cerebellar functions mediate cardiac and motor output, respectively.”

Essentially it’s beautifully orchestrated response system to be carried. These proprioception systems in conjunction with the cerebellum and parasympathetic nervous system lower the baby’s heart rate and calm the baby.

The relationship between mother and infant is paramount, most specifically for the survival of the child. The bonding experience bought about by carrying the baby or feeding, encourages this bond. Babies actively seek maternal closeness and cry upon separation.

“Mother-infant bonding is the earliest and most critical social relationship of mammalian infants. To promote this bond, infants have innate behaviours to seek maternal proximity and protest upon separation via communication with the mother vocally and through body movement.”

This vocal communication and subsequent calming technique employed by the mother, the carrying of the baby, decreases the heart rate and stress in the baby. The baby can physiological tell it’s being carried through its somatosensory capacities.

“Our study has demonstrated for the first time that the infant calming response to maternal carrying is a coordinated set of central, motor, and cardiac regulations and is a conserved component of mammalian mother-infant interactions.”

The upshot of this is that parenting paradigms can be approached differently. The findings show evidence that the baby is crying from a biological/physical response, not from a point of emotional manipulation. This information may help impact current parenting techniques that use ‘crying it out’ techniques. It is also important information in regards to child abuse, as incessant, unrelenting crying is a major risk factor. If we can understand the child isn’t crying for attention or as some parents might feel, for control, to see who is boss. Then we can start to address crying in babies from a more holistic, not to mention bicep strengthening, angle.