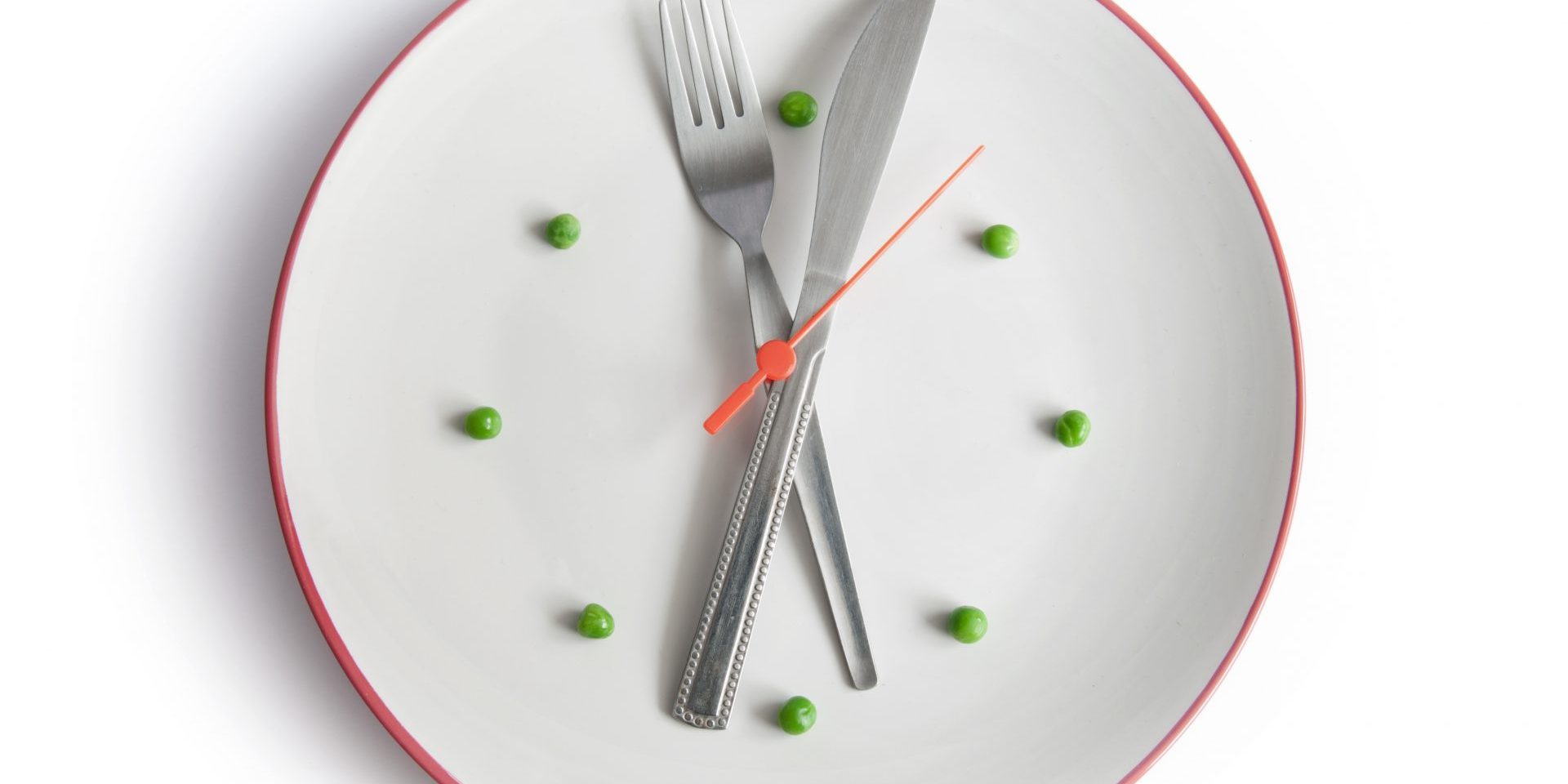 Fasting has been referred to throughout history. The Bible refers to Jesus fasting for 40 days and 40 nights. Muslims fast during Ramadan. And in Buddhism fasting is considered an ascetic practice, one used to invigorate and shake things up!

Now whilst we may chose to put fasting into a spiritual context, the science behind fasting is that it is incredibly beneficial for the human body. New research1 suggests it may not only help us live longer, but it reduces age related diseases, increases neurogenesis in the hippocampus (cognitive brain function skills) and reduces cancer incidences.

Dr Valter Longo from the University of Southern California and affiliated with the Institute of Molecular Oncology in Milan, Italy, in his research on fasting said this in his study1

“This theory also highlights the notion that certain aspects of repair and rejuvenation that are integral to fasting-re-feeding physiology may be associated only with fasting. Hence, intermittent and periodic fasting may represent important factors in optimizing lifespan and healthspan.”1

It’s only in our new contemporary lives that we have halted this process of fasting. And that’s because our circadian clock is no longer in sync with our ancestral way of eating and sleeping.

As soon as we had light 24/7 we stopped sleeping the hours we used to sleep and more importantly, with the advent of electricity, iPhones, computers, televisions, Netflix, internet, frankly we’re up half the night faffing around or working.

All this staying awake longer means we have the capacity to eat later too. Not only is the choice available for us to eat late into the night at home, our society caters for us to enjoy late night meals or snacks at restaurants, diners, bars and 7-Eleven’s all at our disposal. It’s a veritable haven for the nocturnally active to graze.

What researchers have come to understand is that the process our body is using to ascertain our circadian clock isn’t just our sleeping patterns, it’s by what time we stop eating.

In biomarkers for shift workers they found an increase in markers for inflammation, cancer, and heart disease.

“Given the defined nature of their work and disruptive circadian lifestyle, they have been extensively studied to determine the health impact of shift work. There are strong correlations between shift work and predispositions to cancer, obesity, and metabolic syndrome”4

Researchers surmised this was to do with their circadian rhythm being disturbed. Late night study sessions, workers pouring over their computers, late night binge eaters, or people drinking late into the night, anyone in fact who legitimately resembled the disruptive circadian rhythm of shift workers show an increased risk of markers for these diseases.

“With the emerging evidence that eating patterns also determine the robustness of circadian rhythms, it is conceivable that individuals with night-eating syndrome or binge-eating habits may also have underlying circadian disruption.”1

Reaserch5 simulated night-shift work has been associated with decreased levels of the hormones leptin, commonly referred to the satiety hormone, the hormone that tells your body that you’re not hungry and peptide YY. Subjects in the study developed elevated insulin and arterial pressure after just 10 days of experiencing circadian misalignment.

“Causal effect of shift work on metabolic diseases is increasingly tested in both animals and humans under controlled laboratory conditions.”5

Researchers2 put mice on a 4 day diet that mimicked prolonged fasting (FMD) but without the burden of a prolonged fast (PF). The diet consisted of a low calorie/low protein fast but the mice were able to eat what they wanted as soon as the FMD period of the month had finished. Although calorie intake was severely restricted during the FMD period, the mice compensated by over-eating during the normal eating period. Therefore their total calorie intake was the same as the control group.

They found that mice on a bi-monthly FMD cycle, started at middle age, extended the life span of the mice and lowered their fat levels. The mice also showed reduction in cancer incidence and skin lesions, two problematic issues for the type of mice the research was conducted on. The mice also showed rejuvenated immune systems and a reduction in mineral bone density loss.

Not bad for 4 days of lean eating twice a month!

Researchers2 also investigated intermittent fasting (IF) with mice. Two days a week the mice were put on 500 or less calories a day with regular feeding resuming on the other 5 days. Mice tested for the 5/2 diet also showed considerable reduction in inflammation, cancer and type 2 diabetes. They also showed an increase in cognitive skills, that is an increase in the neurogenesis in the hippocampus and an extended life span.

IF has been shown both in rodent models and humans to have a wide range of effects on metabolic markers and risk factors for diseases. Reasearchers3 found that obese, young women on a 2 day a week 500 kcal relatively high protein diet over a 6 month period showed reduced abdominal fat, lower blood pressure and increase in insulin sensitivity.

But it’s not just fasting but nutrient quality that plays a role in the circadian system. Rats given a high fat diet to rapidly induce obesity and associated metabolic diseases showed chronic disruption of the circadian clock9. In fact most of our research into the importance of circadian eating patterns comes from our studies on mice.

In another study on mice6, scientists found that restricting high fat foods, or time restricted feeding (TRF) over a period of 8-12 hours per day did not reduce overall calorie intake (in comparison to the control group of mice) but it did improve the circadian rhythms and helped to prevent or even reverse metabolic diseases.6

When scientists ran the same studies7 on humans they found by restricting food consumption to a 10-11 hour window, unlike the rats, the humans consumed less overall calories, around 20 per cent less. They lost up to 4% body fat, and retained this weight loss for up to a year. They reported improved sleep at night and increased levels of alertness during the day.

In another study focusing on TRF prolonged overnight fasting of a period equal to or more than 13 hours showed a correlation with reduced breast cancer risk.8

Essentially what TRF means in a practical sense is we’re talking eating dinner at 5pm and waking up and having breakfast at 6am. Do that and your sleep improves, your rate of breast cancer goes down, your waistline gets smaller, you get smarter during the day, and you’re going to kick some serious goals on reversing metabolic diseases. If that’s not enough to make you walk away from the fridge it’s hard to know what is!

So what’s the wrap up?

When you’re not eating, you’re fixing things in your body.

Digesting food takes energy. When you stop feeding, you give your body the time and energy it needs to heal. Fasting isn’t just about losing weight; it’s about having a healthier version of you. How you chose to fast is up to you. All of the above methods will do the job. But what is clear is that through the process of fasting, you reduce diseases that come with age and obesity. You sleep better, you think better and you live longer. More than enough motivation right there to eat dinner a bit early and get a good night’s sleep. You can always make a scrumptious brekkie in the morning!