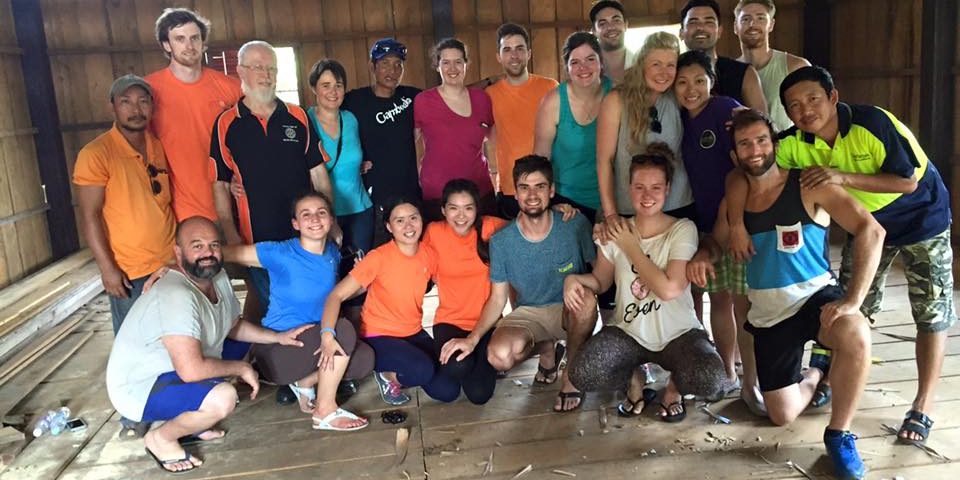 Abigail Marsh, an Associate Professor in the Department of Psychology and the Interdisciplinary Program in Neuroscience at Georgetown7 started studying the amygdala’s of psychopaths but not for the reasons you might expect. It wasn’t to understand psychopaths; it was to understand something quite different.

What she was really interested in was the way the brains of altruistic people are wired. Altruism of course is the exact opposite of psychopathy. Psychopaths are callus and unemotional, they show now signs of guilt, or empathy and they are antisocial. Altruistic people on the other hand are prepared to extend compassion to others to the degree that they would sacrifice themselves in service to help another human being.

Or as Marsh puts it, “Altruism is a voluntary, costly behaviour motivated by the desire to help another individual. So it’s a selfless act intended to benefit only the other.”

Her suspicion was that if psychopathic people are self serving and incapable of feeling empathy, then the architecture of the amygdala would be quite different between altruistic people and psychopaths.

And she was right.

“The findings in this study provide the first evidence, to our knowledge, showing significant volume reductions and regional morphological alterations in bilateral amygdala in psychopathic individuals.”

Marsh then scanned the brains of altruistic people. Specifically those that had donated a kidney to a stranger, someone they had never met before or were ever likely to meet. Not only did they have a greater capacity to register an empathetic response to facial expressions, their brain scans showed amygdalas around eight per cent larger.

“They are better at recognising other people’s fear. They’re literally better at detecting when somebody else is in distress. This may be in part because their amygdala is more reactive to these expressions. And remember, this is the same part of the brain that we found was underreactive in people who are psychopathic. And finally, their amygdalas are larger than average as well, by about eight percent,” says Marsh.

So where does this leave you and I?

Is our capacity for compassion or altruism fixed by the very nature of the architecture of our brain?

That’s a tricky one.

We know that the neurology of our brain is malleable, that neuroplasticity shows us we can rewire it. But like any new cognitive approach to changing our thoughts and behaviours, it takes effort. Studies8 show meditation rewires our brain. Practicing empathy rewires our brains too. It is entirely possible therefore to increase your ability to have empathy for other people.

Mostly having empathy is about choosing to be empathic.

“Even among people who have the capacity for empathy, they don’t always use it.” Understanding why people who do have empathy “turn it on and turn it off” is “where the real action is,” says Marsh.

Researchers have found that the way you are parented has a real impact on how empathetic you grow up to be. The way we talk to our children about other peoples’ distress, how we frame it for them, how we explain what it must be like to be in their shoes, all influences how your child grows up and interacts with the world around them.

Stephanie Preston, Associate Professor of Psychology at the University of Michigan says, “It’s a matter of how much time you spend explaining “other people’s feelings and needs during early development.”

If we start explaining empathy to our children, teach them about compassion and show them how to relate to people in distress, we’re off to a mighty good start.

And then all we need to do is make sure we practice what we preach.

Photo Credit: To Love & Serve – To Love & Serve focuses and assists the recruitment and funding of health care professionals and other professionals onto volunteer medical teams for non-for-profit organisations, of which are dedicated to empowering rural and disadvantaged communities in developing nations.

[6] Responses to others’ fear as predictors of empathic behaviours. Abigail A. Marsh Georgetown University