Neck Pain, Cerebellar Processing and the Power of Chiropractic Care 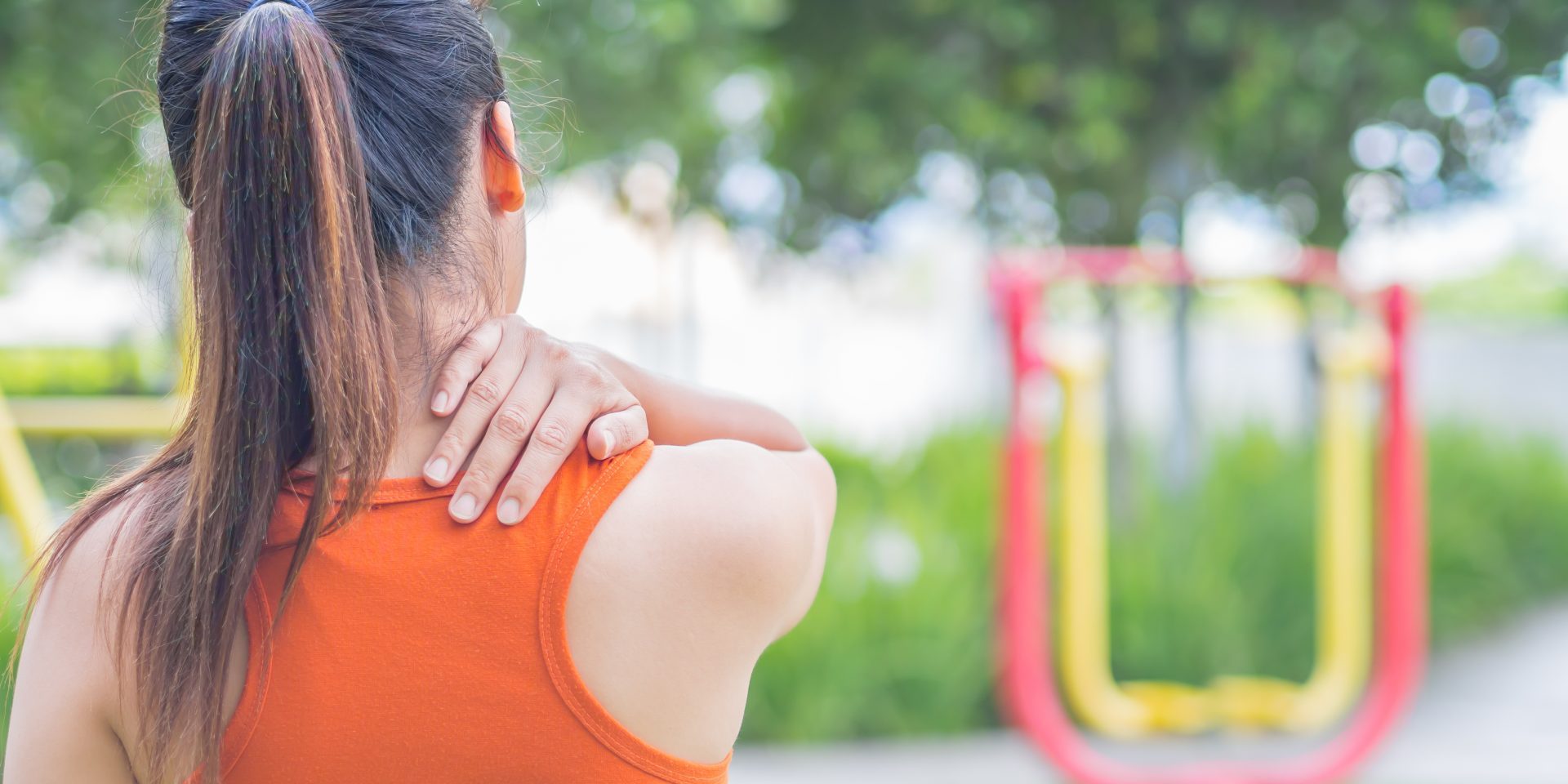 Subclinical neck pain: it might be thought of as a relatively innocuous issue that many people would simply pop a pill for. Many a person may even skip a visit to the local chiropractor until it gets much more severe than the mild neck pain, ache or stiffness that makes up the condition.

It is becoming increasingly obvious that pain isn’t the whole reach of the problem though. Recent studies indicate that subclinical neck pain can influence joint position sense (proprioception in upper limbs), cortical and cerebellar motor processing, and mental response times for complex rotation tasks. Best of all, there are indications that spinal manipulation (AKA chiropractic care) has a role to play in restoring optimal function for neck pain sufferers.

The first of these studies, covered in detail in our series on chiropractic and the senses (read that here), was published in 2011.  It offered up two clinically significant indications – the first being that subclinical neck pain impaired joint position sense in the upper limbs of the study’s participants (in this case elbows), and the second being that following cervical spinal manipulation, there was a significant decrease in both variable and absolute errors [1].

The results indicated that, “asymptomatic people with a history of SCNP [subclinical neck pain] have reduced elbow JPS [joint position sense] accuracy compared to those with no history of any neck complaints.” Furthermore, the results suggested that adjusting the “dysfunctional cervical segments” in those with subclinical neck pain could improve their upper limb proprioceptive accuracy.

Side note: what are these dysfunctional cervical segments? In chiropractic circles they are called subluxations, just as spinal manipulation or spinal manipulative therapy might be called an adjustment.  At this point in time, chiropractic researchers are required to dance around our preferred terminology in order to meet the criteria set out by the National Library of Medicine’s “Medical Subject Headings” (or MeSH) database.  There is a challenge ahead of us in terms of getting chiropractic terms recognised by this major research-indexing hub, and indeed it’s a worthy cause.  Until we pull it off, it’s a case of ‘a rose by any other name.’

So, there is chiropractic-based research that indicates proprioceptive change when even subclinical neck pain exists.  Still, more research indicates that neck pain can impact many more areas of health.  These include range of motion (an unsurprising addition to the evidence bank), and cognitive ability.  The latter was covered in a paper appearing in the Journal of Pain and Relief and appearing at the International Conference on Pain Research and Management in Vancouver in 2016 [2].

The study was a four-week longitudinal study with a healthy control group comparison, which found that subclinical neck pain impairs cognitive ability, and that this can be improved by chiropractic interventions [2].  Of course, the term ‘cognitive ability’ is a banner that can fly over many a mental processing task.  Which of these were measured?  The study took 42 subjects between the ages of 18 and 45.  24 of these had neck pain and the others were used as the healthy control group. Each group completed 3 cognitive tests (an intra/extra dimensional test, rapid visual processing and a spatial span test) and were tested before and after 4 weeks. During this time, the experimental group received chiropractic care.

Researchers found a significant difference between the groups after the four weeks.  The results pointed to subclinical neck pain reducing cognitive processing, and speculated that this could “increase workplace errors, affecting safety and productivity [2].”  Though the sample size and double blinding of the research left something to be desired, the results were certainly noteworthy.

Not the first time chiropractic shown to reap cognitive benefit

This study wasn’t the first to show that chiropractic care could impact cognitive functions. A 2013 study showed alterations in cortical and cerebellar motor processing in subclinical neck pain patients following spinal manipulation [3].  The study, though limited to a small sample size, investigated changes in cerebellar output in a subclinical neck pain group before and after spinal manipulation.  Researchers measured “short-interval intracortical inhibition, long-interval intracortical inhibition and cerebellar inhibition” using transcranial magnetic stimulation, and did this for the experimental group as well as another control group of 10 volunteers [3].

What did these three measures mean? Essentially, all three influence balance, muscle control and cortical input.  But a lesser-known neurological fact is that the cerebellum has impacts on cognition as well.  “A current theoretical model suggests that cerebellum modulates activity and aids in learning through the formation of internal schema and network connections that dictate the needed movements for executing a task,” wrote authors Daligadu et al, as one example of how current thinking takes cerebellar function out beyond movement and balance alone.

They also remarked that: “There is a growing interest in SCNP because individuals that fall into this category provide an opportunity to explore neurophysiologic dysfunction without the interactive effect of current pain, which is known to alter measurements of sensorimotor integration and motor control [3].”  The study showed an alteration in cerebellar modulation of motor output in SCNP patients when they received chiropractic care before undergoing motor sequence learning.  This lead researchers to speculate that this may be due to altered sensorimotor integration (as proposed by other research by Dr’s Heidi Haavik and Bernadette Murphy [4]).

Unfortunately, researchers ran into a little trouble with a few testing results (when certain EMG results couldn’t be read), and thus the sample size was smaller than originally hoped. They also didn’t include a SCNP control group, only a healthy one.  Still the results were significant, indicating that, “cervical spine manipulation in a SCNP group leads to a pattern of cerebellar modulation more similar to a non-neck pain group [3].”  It indicated that normalizing afferent input from the neck could restore “a more correct internal body schema that allowed correct sensorimotor integration and normalized motor output [3].”

The full data set is definitely worth a read (reference below [3]), but it is certainly an encouraging indicator of the power of the chiropractic adjustment, even when a condition remains subclinical.

A study hitting press just last year added to the “SCNP and cognition” evidence bank by putting 26 volunteers through a mental rotation task [5].  It was a four-week longitudinal study with a SCNP group and a healthy control group (again we note the lack of a SCNP control group as a limitation of this otherwise intriguing study).

Volunteers were presented with an object on a computer screen, either (randomly) in normal or backwards positions.  Volunteers simply had to choose whether it was normal or backwards and press the corresponding keys a number of times, during which the researchers captured the average response times.

The study showed that “healthy participants performed better than the SCNP group at both time points [baseline and after four weeks.],” despite the fact that both groups had improved significantly come the four-week test.  The study offered indications that SCNP may impair a person’s ability to perform a “complex mental rotation task involving cerebellar connections, possibly due to altered body schema.”

It isn’t the first time a study has highlighted altered kinaesthetic awareness in people with subclinical neck pain. It is also easy to hypothesise as to how this might extend to spatial awareness.

The study’s authors remarked that, “the involvement of the cerebellum in mental rotation is intriguing in light of 1 previous study that showed that upper cervical manipulation enhanced mental rotation ability in individuals with neck joint dysfunction compared to a group receiving sham treatment [5].”

That study is still hiding in the JMPT archives – an offering from the year 2000 by Kelly, Murphy and Backhouse [6].  That study, in which the experimental group received chiropractic care (a HVLA upper cervical adjustment) and the control group did not, showed significant differences between the groups. Specifically, the experimental group’s reaction time was different by 98ms (an improvement of 14.9%) as opposed to the control groups improvement of 58ms or an 8% improvement.

Time does not permit an in-depth analysis of all the research linking chiropractic interventions to improvements in sensorimotor integration or control.  One thing is becoming increasingly certain though: subclinical neck pain affects more than just range of motion, pain or stiffness.  If someone values their motor control or mental agility, a trip to the chiropractor could be better off sooner rather than later when the old neck starts to feel a bit stiff.

As our understanding of the effects of the vertebral subluxation increases, we can hope to gain a better grasp of the mechanisms behind this, and other potential improvements that may lie in the hands of the chiropractor.