Inspiring Story: How A Chance Meeting In Ethiopia Started A Push To Bring Chiropractic Education To The Nation 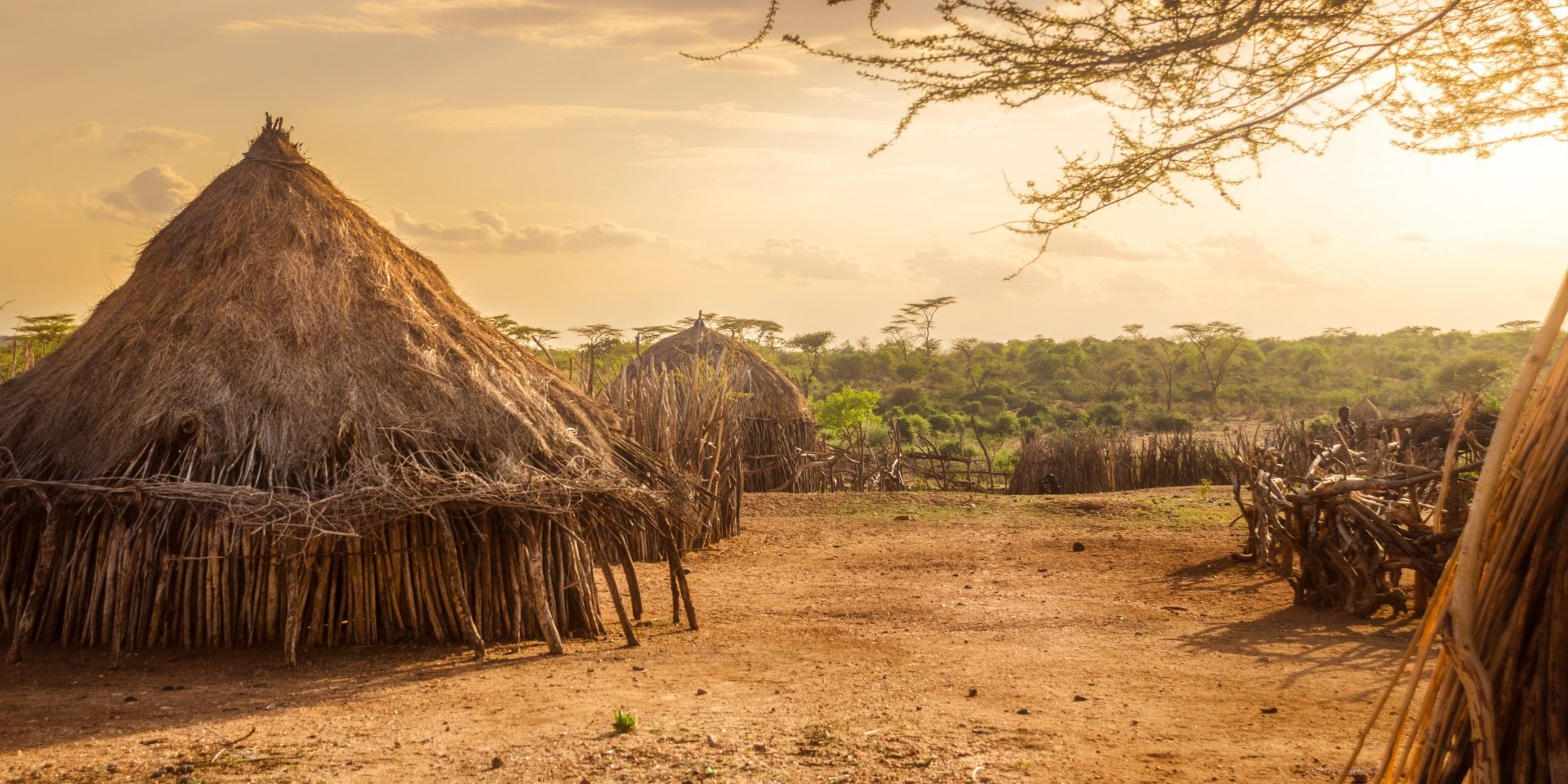 Sometimes you encounter a story that feels eerily like a movie, with a plot that’s unfolding right before your eyes. This one involved a chance meeting in Addis Ababa, the Capital of Ethiopia, when Australian Chiropractor Dr Bronwyn McNamara dropped in to a local clinic while on a humanitarian trip. At the time the chiropractor was treating someone so Bronwyn left her card and left, thinking nothing more of it.

But the phone rang that night, with Dr. Selam Aklilu on the other end of the line saying, “You should have interrupted me!”

Two years later, that chance meeting has developed into a partnership that is working to bring a chiropractic education program to a nation desperately in need of chiropractic services. It’s one of the rare places on Earth where chiropractic is greeted with nothing but openness. There’s just one problem: there are 96 million citizens and only 3 chiropractors. Dr’s Bronwyn McNamara and Selam Aklilu are working tirelessly to change that.

How it all started

Dr. Bronwyn McNamara first went to Ethiopia as a volunteer for an international adoption program. She’d been sent to check up on the wellbeing of orphaned children who had been affected by the sudden closure of an adoption program. While she was there, she fell in love with the generous and openhearted nature of the Ethiopian people.

Her work in the nation had been focused on orphans who had spent extended amounts of time in cots. Many of them didn’t have the ability to move well, and some of them struggled with basic developmental milestones like walking. Bronwyn was able to have an impact on these little lives, working with movement skills and even seeing some of these children develop the ability to use tricycles.

It was then that she dropped into “First Chiropractic” in Addis Ababa. It was run by a woman who held dual qualifications as a medical doctor and a chiropractor. Dr Selam was “first a chiropractor,” and had long held a burden for the wellbeing of her nation. It was a burden that was just waiting for the right project partner.

Selam Aklilu had left Ethiopia in the mid 1970’s, fleeing a revolution that would run for nearly twenty years. She arrived in California and struggled her way through, eventually encountering another Ethiopian – a chiropractor practicing in California. This sparked an interest for her: one that eventually steered her towards chiropractic college.

“It was in my first semester in a philosophy lecture that I thought, this needs to go back home. This needs to go to Ethiopia,” recalls Dr. Selam. “It’s the only way to expand chiropractic, with one person saying well what can I do?” Her intention was always to educate and train more chiropractors, but it remained a dream for many years.

She returned to her country sixteen years ago, after the political upheaval had subsided, and set about practicing as a chiropractor. “Within a month, I was overwhelmed with patients. Within six months, I was too overwhelmed to function so I had to find a way to train up an assistant in soft tissue work so we could better accommodate the masses. I was seeing forty, fifty patients a day. I didn’t have the energy to think further than that. Not until Bron got here and started to show me how possible it could be. She has been an answer to my prayer.”

The Current Situation in Ethiopia

There are currently 4 chiropractors licensed to practice in Ethiopia and the nearest chiropractic school is in South Africa, nearly 5,000 kilometres away. Three of Ethiopia’s chiropractors are local to the country. The fourth is Australia’s own Bronwyn McNamara, who has done extended trips to Ethiopia over the last four years. According to Dr. Bronwyn, it’s a place where chiropractic has nothing but positive patter about it.

“Chiropractic is really well accepted. The medical profession is quite interested in what we do. One day when I was there (at one of the orphanages), an Ethiopian pediatrician was also there and he said to me ‘Oh Bronwyn did you know that chiropractic is the best form of care for babies with colic?’ I said ‘yes I did know that!’ and I thought to myself, Gosh, I have to go all the way to Ethiopia to hear someone from the medical profession actually acknowledge that research.

Education is highly valued, both on an individual level and a government level. But the hospitals are so overcrowded that nursing students can’t even do placement there.”

There are people with Tuberculosis and problems with the spine, along with all the neurological problems you see. The impact of chiropractic care is quite life changing for them. There’s a lot of TB, and once that gets into the spine it’s pretty bad.”

While Ethiopia is currently experiencing an exciting transformation with new businesses, buildings, roads and construction projects popping up, Dr. Aklilu holds some very real concerns not only for the health of Ethiopians, but for the impact their health could have on development.

“The most recent WHO Global Burden of Disease Report* reports that spinal pain contributes more to the global burden of disease (including death and disability) than HIV, Diabetes, Malaria, Stroke, Alzheimer’s Disease, breast and lung cancer combined, traffic injuries, and lower respiratory infections. Low back pain has become the number one cause of disability worldwide… Within the developing world, spinal pain is four times more prevalent it is reported that up to fifty-nine percent of the adult African population struggle with back pain, at any given time and seventy-two percent will suffer from back pain over the course of a year.

Dr. Aklilu speculates that the impact this problem could have on development could be quite crippling. In fact, she calls it an ‘imminent tragedy’ and says that Ethiopia is in urgent need of physical therapists, neurologists, spine surgeons, rheumatologist and first, chiropractors. She may hold a dual qualification but says, “a chiropractor is always a chiropractor first because that works. If you want to heal somebody, start from there [1].”

Dr Bronwyn sees why there is such a high level of acceptance of chiropractic. “It is an amazing country that definitely gets into your heart and soul. The people are beautiful people who like to be connected together and interact, and generally have positive and optimistic outlooks even though many of them are struggling with bad poverty. I remember treating a very well educated person over there though, and he didn’t even have a basic understanding of the function of the body. They are strong and active people, getting a lot of organic fruit, veg and meat that isn’t as chemically affected as what we experience here. So I just did my job and let the results speak for themselves.

Next Steps for the Chiropractic Academic Program

Bronwyn and Selam have been busy creating connections and presenting the case for an Ethiopian chiropractic school, but it’s slow progress. Dr Bronwyn said,

“We’ve had meetings and interviews with a private university in Ethiopia. There are quite a number of universities there, and education is considered really important by the government. So there are government and private universities. The university is quite interested in the chiropractic training program. But we basically have to partner with an existing university. Initially we were looking at American universities to see if one was interested in putting their curriculum in, but we are open to see if one from Australian or even New Zealand would be interested in being involved. Then we’d have a campus and a curriculum, we still have to go through all the government education guidelines. The ministry of education would still have to approve our curriculum, but we don’t see that as being a problem as there is no bias against chiropractic.

“We’ve got a consultant who is quite high up in university leadership who is helping us get this through. It’s a big, big thing.”

A big, big thing but a very needed thing. Part of their efforts to fund and sustain the effort has been to set up an NGO to fundraise. With such a high need, and high emphasis on education, Selam and Bronwyn don’t estimate a problem with students. The issue will be the cost of running the initial years, where they will need to bring lecturers and professors in from abroad. But will look to train their own academic staff to make the program sustainable after time.

The big thing they need now is a university partner and support through the initial years. “It’s going to boil down to all chiropractors, who have a love for chiropractic and a love for people, who can make this happen,” says Selam.

The need is great, as is the openness. Bravo to these two chiropractic trailblazers as they bring the service of chiropractic to a nation that needs it.

* published in Lancet, in December 2012 (Murray et al, vos et al, 2012) and taken from a report prepared by Dr. Selam Aklilu regarding the need for chiropractic in Ethiopia.