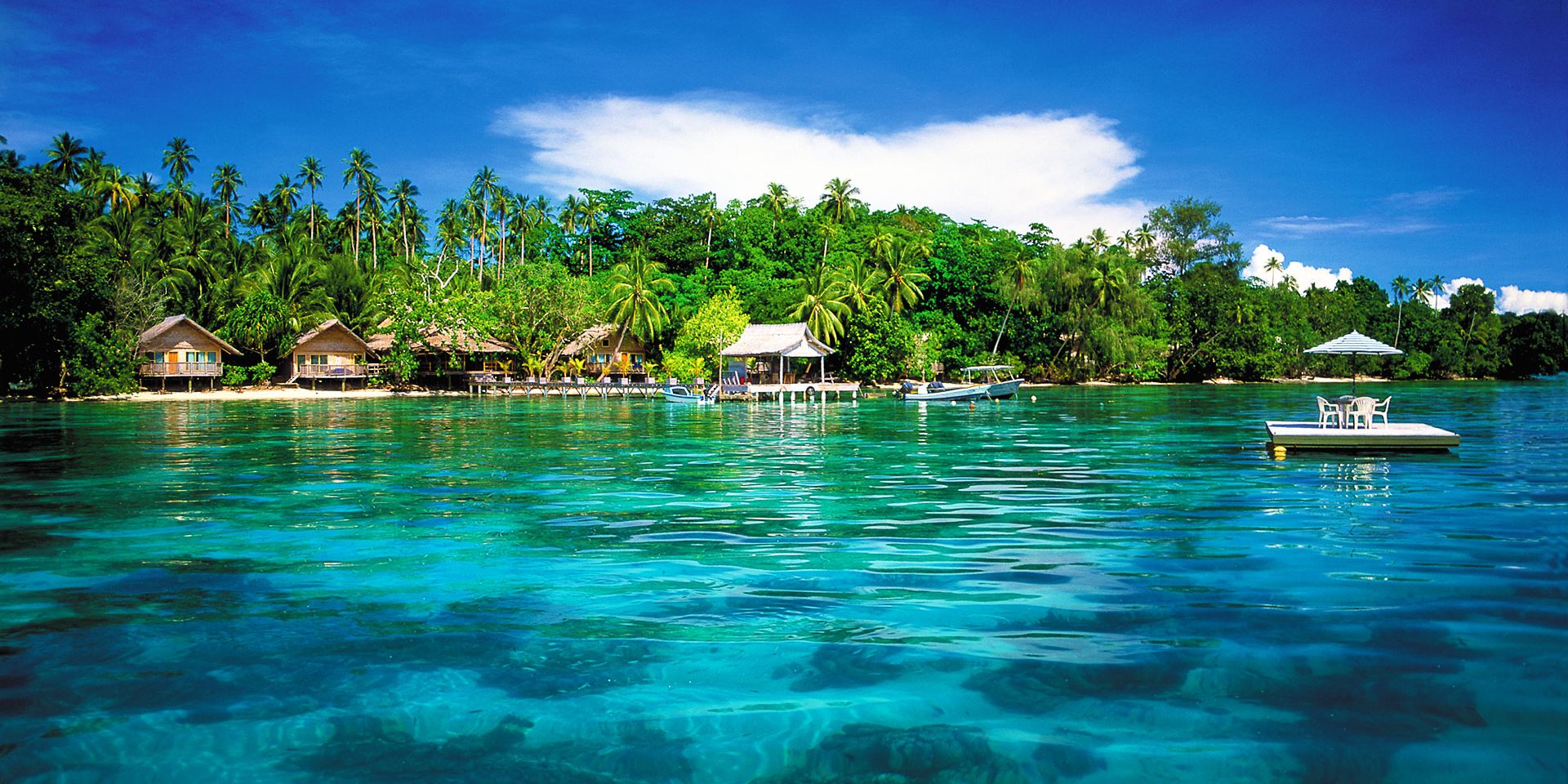 Chiropractic is a wonderful profession, one with such profound potential to impact lives. But in the developed world at least, it’s not without it’s challenges. Politics, registration boards and different streams of practice that don’t always see eye-to-eye can mar the simplicity of adjusting subluxations and restoring the innate. When Chiropractor Dr Brinsley Lane stepped off the plane in Honiara, Solomon Islands, to support his wife in her community development endeavours, he saw a rare opportunity: the ability to bring chiropractic in its purest form to a nation that hadn’t yet experienced it.

Originally, his plan had been to sell his Australian practice and to take the 3 hour flight from the capital of the Solomon Islands to Brisbane to do locum work through-out the family’s time abroad. However, as so often happens, life had a different course in mind for Brinsley.

“I couldn’t find any information on chiropractors over there, as all the websites were out-dated by about 5 or 6 years. When I got over there and hunted around, I discovered there were no chiropractors. I don’t think there ever had been any,” he said in a recent interview with Spinal Research.

“People started to discover I was a chiropractor and started coming up to the house and I was adjusting them on the kitchen table. It started out as just a few ex-pats, but the Solomon Islanders are a really inquisitive people by nature. They started asking questions. I started telling them what chiropractic was and their eyes just lit up.”

In the Solomon Islands, there are some practitioners the locals call ‘custom medicine.’ They work by pressing on backs, knees, joints and so on. Brinsley found the locals used this as a basis for understanding what he did, but found they were extremely open to the power of chiropractic.

Soon, he found himself a little too busy for the kitchen table. It was no longer just the ex-pats coming to see him. He would open the door onto the front porch, often in the complete darkness of night, to find himself surrounded with locals politely waiting for him to invite them in. It was time to get an office and hang out the shingle.

As the first chiropractor to set up a practice in the Solomon Islands, he had found himself with a refreshing and rare opportunity to be able to explain and practice chiropractic in a very pure way.

“I had this incredible opportunity to present it in the way it was always supposed to be presented – without any political correctness and stifling by registration boards. I presented it in a very vitalistic way,” he said.

Spreading the word about chiropractic came easily, and on occasions in a form you wouldn’t expect: “I ended up attending churches, because that’s where everyone was on a Sunday. I’d get up at the end and talk about chiropractic. Everyone wanted a piece of it.”

This unorthodox marketing technique came with a quick lesson or two: “I learned to go at the end of the service. Otherwise, the service would go for five hours because there was a foreigner there. I’d end up numb for sitting down for so long.”

If this drums up a quirky, almost evangelistic image in your head, then add this to the picture. “They’d come out of hospitals to me, often with the drips still in their arms, often in dire situations. They assumed they were going to get well if they got adjusted. What I discovered was, they bloody well did. If we saw cases this serious in Australia, which we don’t, we’d panic and refer them off. There was no option like that over there. The hospital system is very third world.”

“It wasn’t that chiropractic was particularly amazing, but the healing power of humans was amazing especially when it was coupled with hope and a blind faith that they would get well. I’ve seen three blind people regain their vision. I’ve seen paraplegics get out of their wheelchairs. I’ve seen Type 1 diabetics with their levels come back to normal and stroke victims rehabilitated.”

Of course, not every story had a happy ending.  He also saw those who arrived too late, their bodies racked with disease. Still, regardless of the situation, he knew there would be some benefit to checking and adjusting the people who came to him, even if it seemed too late.

It’s an experience that has made him a tad reflective on the experience of the average chiropractor.

“I think our biggest problem is that our chiropractors have no idea of the power in their hands. You can go through your entire career clinging onto some hope that you can help people, but if you haven’t seen it for yourself, it’s a belief and not a reality. If you don’t know a diabetic can be helped, a blind guy can be helped, then of course we aren’t going to adjust with that in mind.”

He now returns to Honiara every six weeks, for one week where he “adjusts the hell out of as many people as I can fit in.” Still, it’s a solo mission. “It would be great to have a chiropractor at some of the bigger provinces full time. It takes a certain person to be able to live there. But chiropractic is not something that you can do once and fly out. It requires follow up.”

He hopes for the right person to join him in the quest to establish chiropractic in the Solomon’s, but until then, the fly-in-fly-out mission continues.

In the busyness of the average week, it’s easy to forget that there are indeed frontiers untouched by our profession. What an inspiration it is to read stories like this! We look forward to seeing what unfolds for chiropractic in the Solomon Islands – a whole nation full of possibilities.

Comments and opinions contained in the article are those of Dr Lane, and are offered for inspiration and as his experience.  They are not offered as scientific evidence, although we can hope that one day studies may back up Dr Lanes experiences.