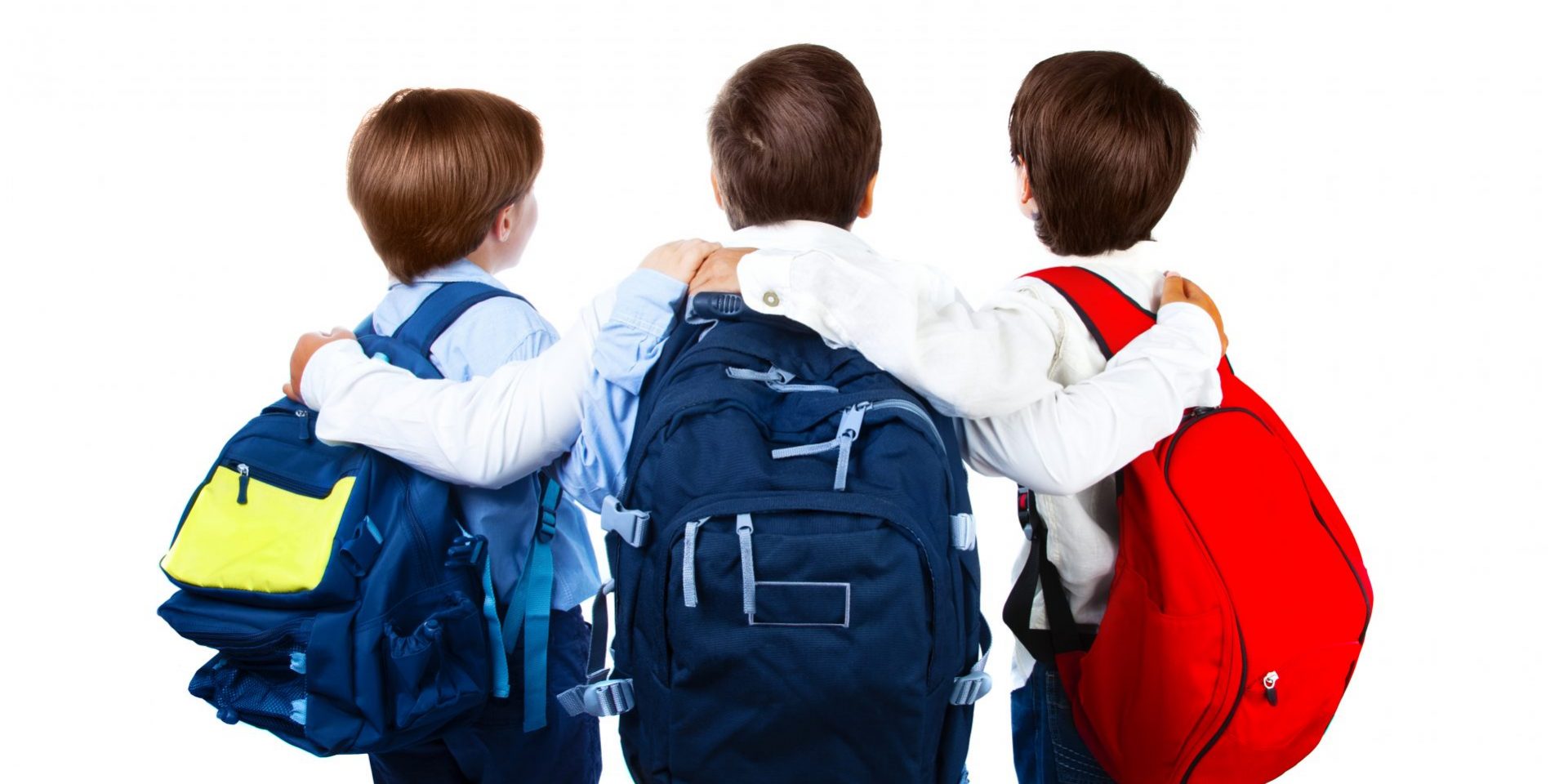 It’s that time of year again. Kids have been back at school a few weeks and parents are starting to see just how heavy their kid’s backpacks are. Half the weight seems to be in the school bag itself, even before it’s loaded up with books and laptops and sports shoes.

Whilst being stoic and resilient are all qualities we want to see in our children, injury isn’t one of them. Numerous studies have documented the effects of spinal, shoulder and neck pain not to mention the effect on their gait from school age kids lugging around heavy bags1,2,3,4,5,6.

“There is ongoing concern regarding the weight of childrens’ schoolbags and the negative consequences of such heavy loads on the developing spine,” reported the study from Trinity Health Sciences in Dublin1

But it’s not just that their bags are heavy, it’s that their physical frame isn’t developed enough or large enough to carry around bags that are so heavy. This is particularly prominent in spine development in children who are no longer in primary school but are still too small physically to carry large bags, the same large bags as children much older and physically stronger are carrying.

“There is particular concern for the junior students in secondary schools, as the spine is at a critical stage of development in children between 12 – 14 years of age. This is also the stage at which the bag weight to body weight ratio is likely to be high as some students are still quite small but carry loads similar to larger and older children.”

Without doubt this is a daily occupational load for students. A general guideline is 10% of their body weight. However, weight carried by students varies from day to day based on the classes they attend and the books they need to carry.

“There is a considerable number of schoolchildren carrying in excess of 10% of their body weight,” said the report.

Heavy school bags are believed to be a contributing factor to skeletal symptoms and represent an overlooked daily stress for schoolchildren. The musculoskeletal pain and discomfort from backpacks is multifactorial. It’s about the combined effects of the heavy weight of them but also the load shape and size and the time spent carrying the load. It’s also related to how the load is positioned on the body.

The Dublin study found that 65% of discomfort was reported in the shoulders, not surprisingly as the popular method of carriage is a backpack style bag with carriage on the back with two straps over the shoulders. There was a reported 30% discomfort in the back.

An Australian observational study2 published in Australian Journal of Physiotherapy also found that neck pain was reported to be as high as back pain in adolescents.

“Neck pain is as common as back pain amongst adolescents. Perceived school bag load, duration of carriage and method of transport to school are associated with back and neck pain,” noted the study in the Journal of Physiotherapy.

What was more concerning was the weight loads the students carried.

The Dublin study had this to say about it:  “The mean load carried was 18% of body weight.”  That’s almost twice the recommended amount.  “It is of some concern,” the study continued, “that throughout the school week, a total of 68% of schoolbags weighed greater than the approximate guideline of 10% bodyweight with the maximum schoolbag weight, on one occasion, found to be 30% of the carrier’s bodyweight.”

All students reported discomfort levels as being high and this increased as the week progressed. In an in-field observational study conducted by the Chiropractors’ Association of Australia6, it was revealed that: “90 per cent of school children have bad posture when carrying their bags and could experience spinal damage as a result, while 75 per cent are not using their backpack’s ergonomic features which could prevent such damage”

They also found school children carrying backpacks well in excess of the 10% rule. “On average, parent’s estimate junior school children are carrying the equivalent of 17 per cent of their body weight in their school bags which is almost double the maximum recommended weight”

So what can you do about it?

To some degree it’s about helping your kid get organised. What you want to do is lower that backpack weight to body weight index. This means is making sure they are only taking the books they need to, to school, leaving books in their lockers or classroom during the day and only carting the ones home they need for homework. Sure it’s easy just to jam all the books in at once, but with some careful planning you can start to chip away at some of the excess weight. How you carry your backpack and they type of backpack you use are all important too. Here’s a basic list of how to.

Chiropractors have been helping manage and address the musculoskeletal discomfort that comes from carrying heavy backpacks in kids. Heavy backpacks combined with prolonged periods of sitting and the use of technical devices such and smart phones and tablets are all adding to the increasing load seen in our clinics today.  Studies such as this are providing the scientific evidence that these lifestyle factors are detrimental to our children and thus having a child checked for these behaviours and damage or injury prior to symptomology can be justified.  Chiropractors are well suited to perform these checks having an excellent understanding of posture and necessary function of the spine in-order to have greater health.