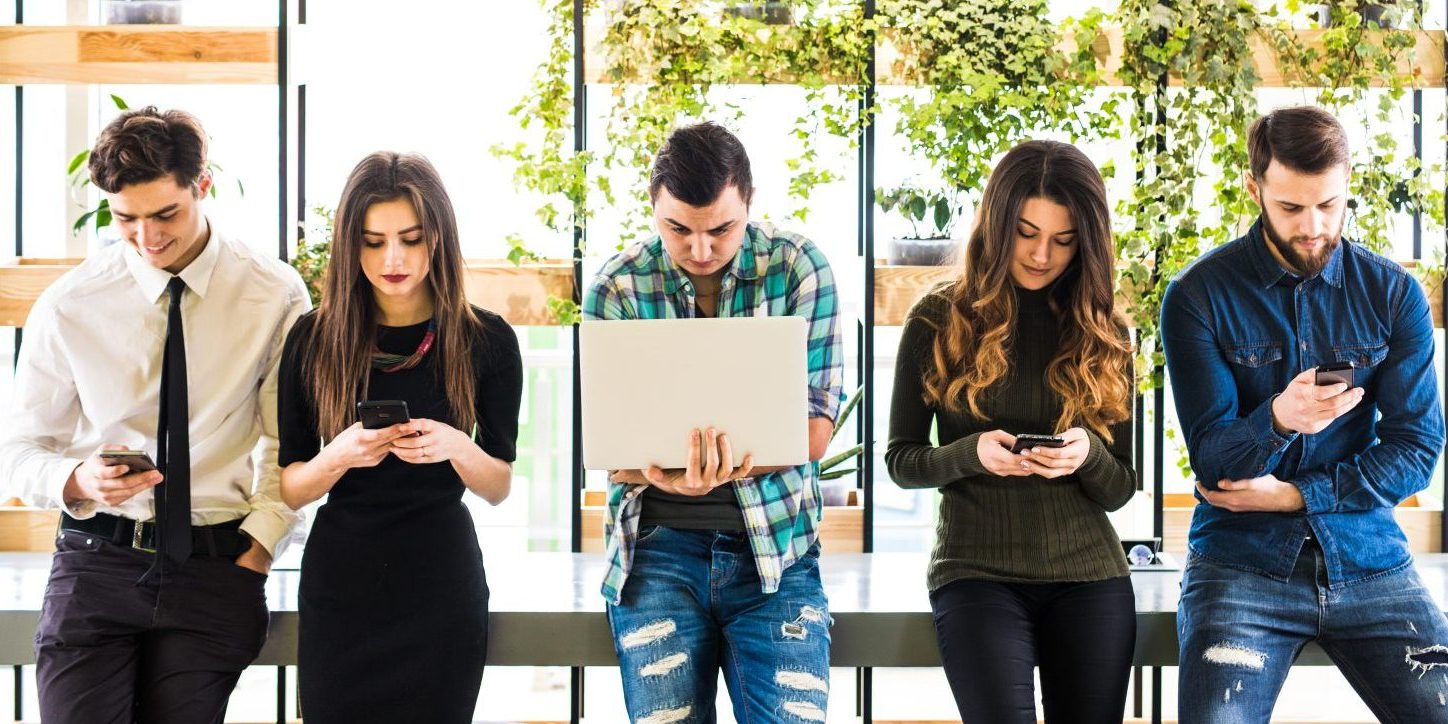 Why Does Forward Head Posture And Cervical Kyphosis Matter?

Through the years, history has held that proper posture is a “state of musculoskeletal balance that involves a minimal amount of stress or strain to the body [1].” One such benchmark is the lateral posture line. Viewed from the side, the lateral posture line would run as a straight plumb line from the ear through the shoulder, hips and knees [2].  Common abnormalities that interrupt this ideal state of posture include “forward head, rounded shoulders, excessive thoracic kyphosis and lumbar lordosis [1].”

The idea that pain or injury would be more prevalent in populations suffering from such postural anomalies is unsurprising. However, a 1992 study of postural abnormalities and their associations with pain found the following:

“A high incidence of postural abnormalities (forward head=66%, kyphosis=38%, right rounded shoulder=73%, left rounded shoulder=66%) was observed in the TCS [thoracic cervical shoulder] region in a group of healthy subjects between the ages of 20 and 50 years. A relationship between the severity of postural deviations and the severity and frequency of pain in the TCS region was not found. A significantly higher incidence of pain, however, was found in subjects with more severe postural abnormalities [1].”

The authors of the study conceded that poor posture could be the result of, rather than the cause of pain, and that a person’s activity level or experience of pain intensity could be confounding factors. Still, that study emerged some 25 years ago. While that doesn’t make it ancient in terms of research (which often takes 17 years to become commonplace [3]), it did take place at the beginning of a technological boom that put computers in every household and smart phones in almost every hand.

Since then, other research has measured the prevalence of poor posture (specifically forward head posture and rounded shoulders). While the relationship between forward head posture and pain is still said to be “debatable,” a study of Iranian office workers in 2013 revealed “participants with neck pain revealed a poorer posture of cervical and thoracic spine during working time [4].”  Being that the statistical prevalence of office workers with neck pain was found to be comparable with other nations, the study provided a reasonable comparison.

According to the study [4]:

However, a 2012 study did reveal an association between neck problems and postural abnormalities.

A 2012 study published in the journal Manual Therapy, became the unlikely first study to analyse the associations between thoracic kyphosis, forward head posture and cervical impairments in older adults with neck problems. Why unlikely? Because hyperkyphosis has long been “associated with increased mortality, diminished physical performance, impaired respiratory function, poor postural control and a low quality of life [5].” The data on these issues is quite compelling. Still, no one had taken a closer look at the associations put forward in the 2012 study.

There is, in the words of authors Quek et al, “considerable empirical support for the positive clinical outcomes following manipulation and mobilization of the thoracic spine in patients with cervical dysfunctions [5].” In fact, there is growing evidence that improving the mobility of the thoracic spine could contribute to improved clinical outcomes in people with neck dysfunctions. Still, little was known about the mechanisms that linked thoracic kyphosis to neck dysfunctions. Quek et al sought to discover the mechanisms and likely mediators, and believed that forward head posture could be a biomechanical link.

The study showed, through measurement of thoracic kyphosis and cervical range of motion, a number of interesting findings. These included:

The authors remarked: “These results not only support the justifiable attention given to addressing FHP [forward head posture] to improve cervical impairments, but they also suggest that addressing thoracic kyphosis impairments may constitute an “upstream” approach [4].” The study was not without its limitations, including the cross-sectional nature of the study being unable to eliminate the possibility of reverse causation, but it still provided compelling considerations (especially for manual therapists).

Whilst that study focused on older adults, a more recent study looked at 1049 people and reported that “70% of adults and 30% of teens reported that their use of electronic devices like smart phones, tablets and laptop computers had caused neck, shoulder, wrist or finger pain [ read more about that here].”

One study measured the weight of the head as it moved forward beyond the lateral posture line. It was found that, in a neutral position, the average human head weights 10-12 pounds (4.5-5.5 kilograms). However, as the head moves forward, this weight increases drastically [5].

The excess stress this can create for the anterior cervical spine, especially over the course of years, should be quite concerning. No longer is forward head posture simply an issue for the elderly. It is presenting earlier and earlier in life.

How Can Chiropractic Care Help?

There is, of course, emerging research about what we do to target this issue in younger adults. Among the suggestions are stretching and resistance training programs (read more about that here) [6].  One study did look at chiropractic care in combination with stretching and strengthening exercises and found that this could improve postural kyphosis in women of an older cohort [7].

Another paper, which ran in the Journal of Chiropractic Medicine, described a ‘novel’ approach to treating mid-thoracic pain [8]. It was a case report covering the case of a 27-year old plumber who reported mid-back pain that rated 6-7 (on an out of 10 pain scale) and occurred episodically 1 – 2 times per day. He had dealt with this for 6 months but hadn’t seen a health care provider about it until he came under the care of the paper’s author (Chiropractor, Dr Mark Morningstar, 2003). The patient reported that his job increased the pain due to the awkward positions he would have to assume for long periods of time.

An examination revealed “a high right shoulder and an anterior left hip. In viewing the patient from the side, there was evidence of a significant amount of thoracic humping and concomitant rounded shoulders [8].” However, Morningstar opted to conduct a radiological examination to determine the patients cervical and lumbar curve measurements more reliably. These revealed a cervical curve measurement significantly higher than normal, and a significant forward head posture.

As a result, it was decided that spinal manipulative therapy (SMT) would be complemented by an anterior head-weight used by the patient twice daily for 20 minutes at a time, and by a “figure 8” type clavicle brace worn for 7 minutes following each SMT session. He received SMT 10 times in 24 days. Post-intervention radiographs revealed significant changes, with the cervical curve reduced to normal limits and the forward head posture reduced by 12mm according to one set of measurements. Incidentally, there was also an improvement in his lumbar curve (from 5° kyphosis to 14° lordosis). The patient’s pain reduced significantly under care and by the third week, the patient was pain free.

A second set of measurements for forward head posture didn’t reveal any improvement. Whilst at first glance this may seem to be a confounding factor, a second look reveals another possibility. Morningstar remarks “it may be proposed that a cervical hyperlordosis is a reactionary process as a result of the significant thoracic buckling noted on the visual posture exam. The fact that the sella turcica measurement did not change may be due to the presence of an exaggerated mid to upper cervical curve, which may be necessary to satisfy the ocular righting mechanisms in a patient with thoracic buckling [8].”

Again, the literature was pointing to a link between the forward head posture and the cervical kyphosis. The study was limited in that it was a single case report, and the patient was called to active duty causing the duration of care to be shortened, but the findings should be enough to provoke thought.

This Isn’t A Problem That Is Likely To Disappear

Whether it is age, degeneration, vocation or technology use that brings on the issue of forward head posture, there is one thing we can be sure of: this isn’t a problem that is going away any time soon. Research is beginning to reveal that ways in which this problem can affect a variety of patients. What is left for us to do? Be informed and be vigilant, and empower our patients to make the changes necessary between adjustments in order to preserve and enhance optimal function instead of falling into this all-too-common trap.

[1] Griegel-Morris P, Larson K, Mueller-Klaus K and Oatis C (1992), “Incidence of Common Postural Abnormalities in the Cervical, Shoulder and Thoracic Regions and Their Association with Pain in Two Age Groups of Healthy Subjects,” Journal of the American Physical Therapy Association, 1992; 72:425-431

[4] Nejati P, Loftian S, Moezy A and Nejati M (2013), “The relationship of forward head posture and rounded shoulders with neck pain in Iranian office workers,” Medical Journal of the Islamic Republic of Iran, Vol. 28,26. 3 May 2014, http://mjiri.iums.ac.ir

[5] Hansraj, K, “Assessment of Stresses in the Cervical Spine Caused by Posture and Position of the Head,” Neuro and Spine Surgery, Surgical Technology International XXV