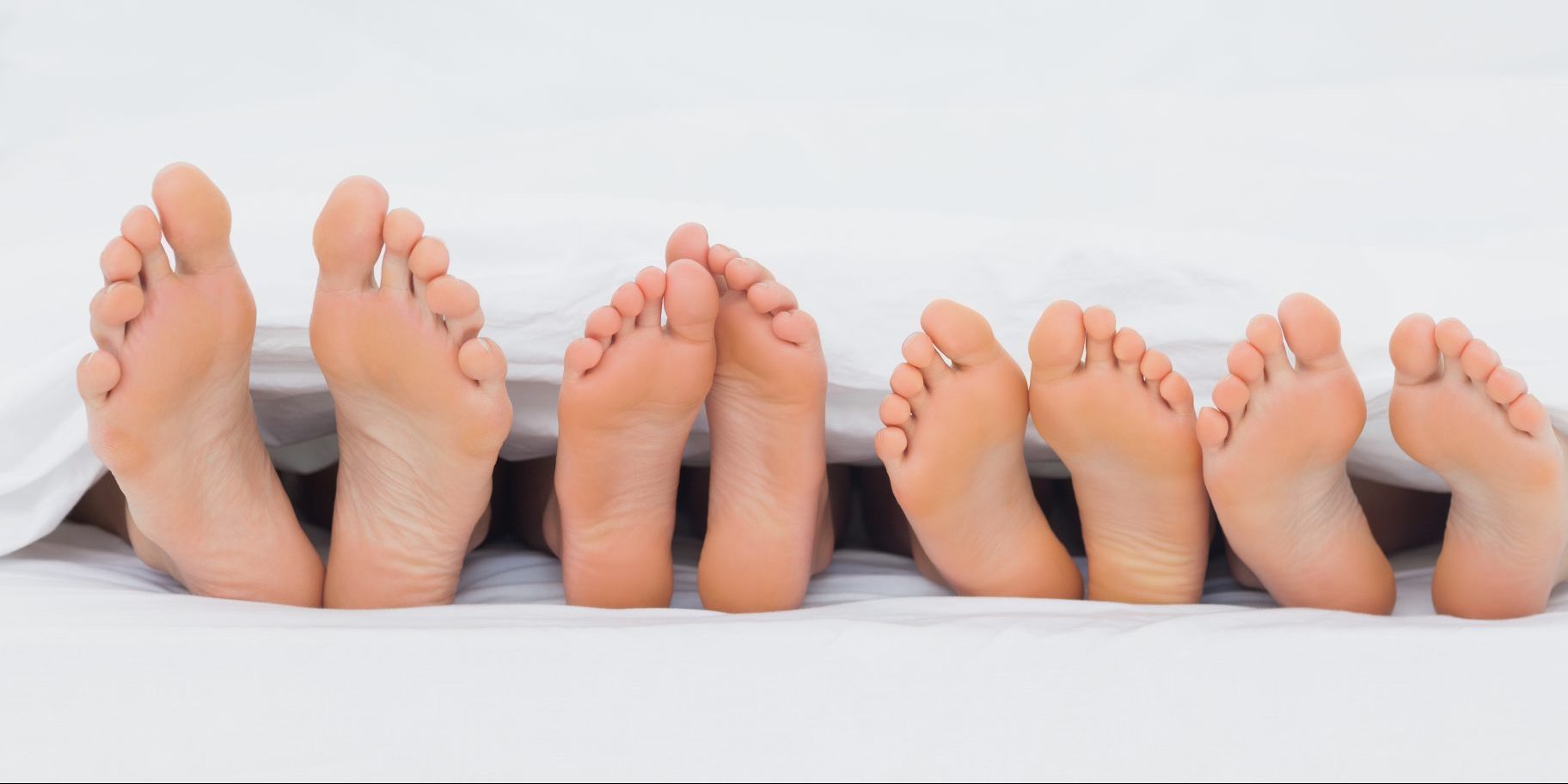 Dr Mark Charrette (chiropractor) has been a busy man. Over the course of his chiropractic career, he has notched up nearly 1,800 seminar speaking appearances. It’s an impressive number, all in service of an area of chiropractic that he is passionate about – extremity adjusting. According to Dr. Mark, it’s an area that shouldn’t be an add on or an extra. Rather, it should be part of the everyday protocol for chiropractors.

Since the mid-1990’s, Dr. Mark Charrette has been immersed in the research, neurology and teaching of extremity adjusting. This has lead him to a firm, research-based conclusion on the topic: that the examination of extremity/extravertebral articulations, and their appropriate adjustment and rehabilitation should be considered an integral part of proper chiropractic adjusting procedure. In fact, he believes that it should be performed on a routine basis and not only when the person complains of symptoms.

This belief reflects a concept that is central to the theory and practice of chiropractic: that we aren’t about symptoms, but rather about function. As such, Charrette goes about the business of extremity adjusting based on indicators. This is never something taken for granted, as a person may present differently every time they enter the practice. Still, he checks and adjusts according to the indicators in an effort to correct the activity of mechanoreceptors and nociceptors, and to dampen sympathetic firing that can result from a whole range of seemingly disconnected symptoms.

Why adjust the extremities?

Palmer concentrated on the feet whereas Charrette starts there, following foot adjustments with knees, hips, wrists, elbows and shoulders. Why do it? Charrette explains:

“When a joint surface misaligns, the type 1, 2, and 3 mechanoreceptors decrease their firing rate. The problem with that is, when this happens, the type 4 mechanoreceptors (or nociceptors) will increase their firing rate. When nociceptors in your foot (for example) fire, they will travel up the nerves in your leg, hit the lumbar plexus, then hit your sympathetic chain. It goes up your spine, and goes into different parts of your brain, ending up in the sensory cortex.

If those impulses are strong enough to trigger an action potential, you’ll have pain. Everyone has a different developed threshold for pain and our pain thresholds are actually very, very high. What do nociceptors do from when they start to fire at a low level, to when they fire at a high level causing pain? In a cumulative way, meaning from all parts of the body, excessive nocicpetive firing will trigger your sympathetic nervous system. You’ll go into fight or flight to some degree,” said Dr Charrette in a recent interview with Spinal Research.

This sympathetic activation explains part of Charrette’s passion behind extremity adjusting. Sustained sympathetic firing can cause anything from excessive sweating, to inflammatory responses, to digestive difficulties and hormone problems. Of course this is a worst-case scenario. But even in the best case scenario, if the extremities aren’t adjusted and if a person’s foot pronation (for example) is problematic, it may mean that an adjustment won’t hold as well as it should.

As the sympathetics stay engaged, there can be any number of flow-on effects in the body.

“When you are sympathetic dominant, when you are in the fight or flight mechanism, there is a precursor hormone called DHEA that is diverted to make cortisol. It’s also what makes testosterone in men, and oxytocin in women. When you are in this stressed out state, it doesn’t have to be a whole breakdown. People are in mild to moderate stress levels all the time. So their cortisol is very high which means men can have low testosterone and women can have low oxytocin.

When you put motion into these tissues, when you find the indicators and adjust the spine first then the feet, knees, hips, wrists, elbows, and shoulders (according to the indicators), people don’t just talk about feeling better in their musculoskeletal symptoms. They talk about feelings of lightness and ease. That’s nociception going down.

Then you can look at blood pressure, heart rate, and respiratory rate. All of these things will normalise. If you were to take salivary cortisol, that would decrease after an adjustment too.”

Charrette admits that we have come a long way from D.D. Palmer’s explanation of the neurology behind extremity adjustments, which would appear crude by today’s standards. But he also writes that “the clinical significance of extremity/extravertebral adjusting cannot be understated. A deeper look at the model of dysafferentation gives some insight as to why he recommends the examination of extravertabral articulations and the appropriate adjustments based on indicators, not symptomatology…Dysafferent input can and does produce a variety of symptoms that one would not usually associate with dysfunctional joints [2].”

It’s a topic that he could spend days talking about. Simply put, this is what he means:

“When a chiropractor adjusts anything in the body, whether it’s a spinal joint, an extremity joint or even soft tissue, something interesting happens. When you put motion into tissue, the firing of these type 1, 2 and 3 mechanoreceptors occurs.  Basically, what I came up in a really simple, blue collar way, with these references that nobody could debate, was this – when you adjust according to an indicator as opposed to a symptom, it is very valuable to the big picture. That is why I do what I do.

I adjust the feet, knees, hips, wrists, elbows and shoulders according to indicators. There’s a reason behind it.”

Adjusting according to indicators, and the role of the feet in extremity adjusting

Charrette spends a lot of time teaching a very specific, very intentional protocol surrounding the checking and adjusting of extremities. Though the big six joints (feet, knees, hips, wrists, elbows and shoulders) all factor into this protocol, Charrette does speak in detail about the significance of the feet in this picture. And why not? Our relationship with the ground matters greatly, especially in relation to leg length and whether or not an adjustment will hold.

“People aren’t born with pronation or supination. They actually develop it slowly over a period of years. By the mid to late teenage years, we are in a pattern. 90-95% of the time, humans are in a pronation pattern. Pronation and supination are actually definitions of motion.”

Feet are an area where he teaches multiple interchangeable indicators.

“Every pronator will walk with foot flare, or toe out. They also have a very typical cervical spine – forward head tilt. 90-95% of people we analyse are going to be pronators. Some of the indicators are visual, but most of them are to do with motion – restricted range of motion, aberrant motion, abnormal muscle function – that might be weaker but become stronger after an adjustment. Mostly, we are feeling for restricted range of motion,” he explains before going to talk about how we develop dysfunction as we grow.

“When you start walking, you will fall on to your bottom a lot. There are micro and macro traumas. You might also be sleeping wrong. As you grow and sustain these micro and macro traumas, what happens here is that the sacroilliac joints torque and countertorque and create a pelvic tilt. It might be a little, or it might be a lot. But it means your shoulders will tilt a little, your head will tilt a little etc… so that your eyes are level.

Until you are in your late teenage years, your growth centres haven’t been closed. What your body tries to do is roll your feet inward to balance it out. Your feet really roll inward, perhaps unevenly until the tilt gets shorter to even out your pelvis. Soon you are 30 years old. Your growth centres are closed and you’ve got lower back pain.”

This might sound like a lot to incorporate into a busy practice, but Dr. Charrette argues that it’s surprisingly quick once you’ve learned the techniques.

“The way that I teach, I show how simple and fast it is. The pronation protocol has seven adjustments… I went through a lot of additional training and got a degree in deliberate practice where you go through very slowly and then add the transitions. Within about an hour of doing this, I can get the doctors to do these adjustments in 12 seconds.

You aren’t even going that fast. If I do it almost as fast as I can, and I can do it in 6.7 seconds. Even if you  go very slowly, and spend 30 seconds on a foot, it’s just an extra minute. Every patient is different on every visit. I look for indicators. If I don’t have an indicator, I go through to the next joint. Whether it’s the spine or the extremity, I go on an indicator.

In my protocol, I can adjust the spine plus extremities, based on indicators, in around 5 minutes if I’m not rushing. I’ll then spend time talking with the patient around other things – stretches, exercises and so on.”

[2] Charrette, M [DC] “The history of chiropractic extremity adjusting” and “Why adjust the extremities,”