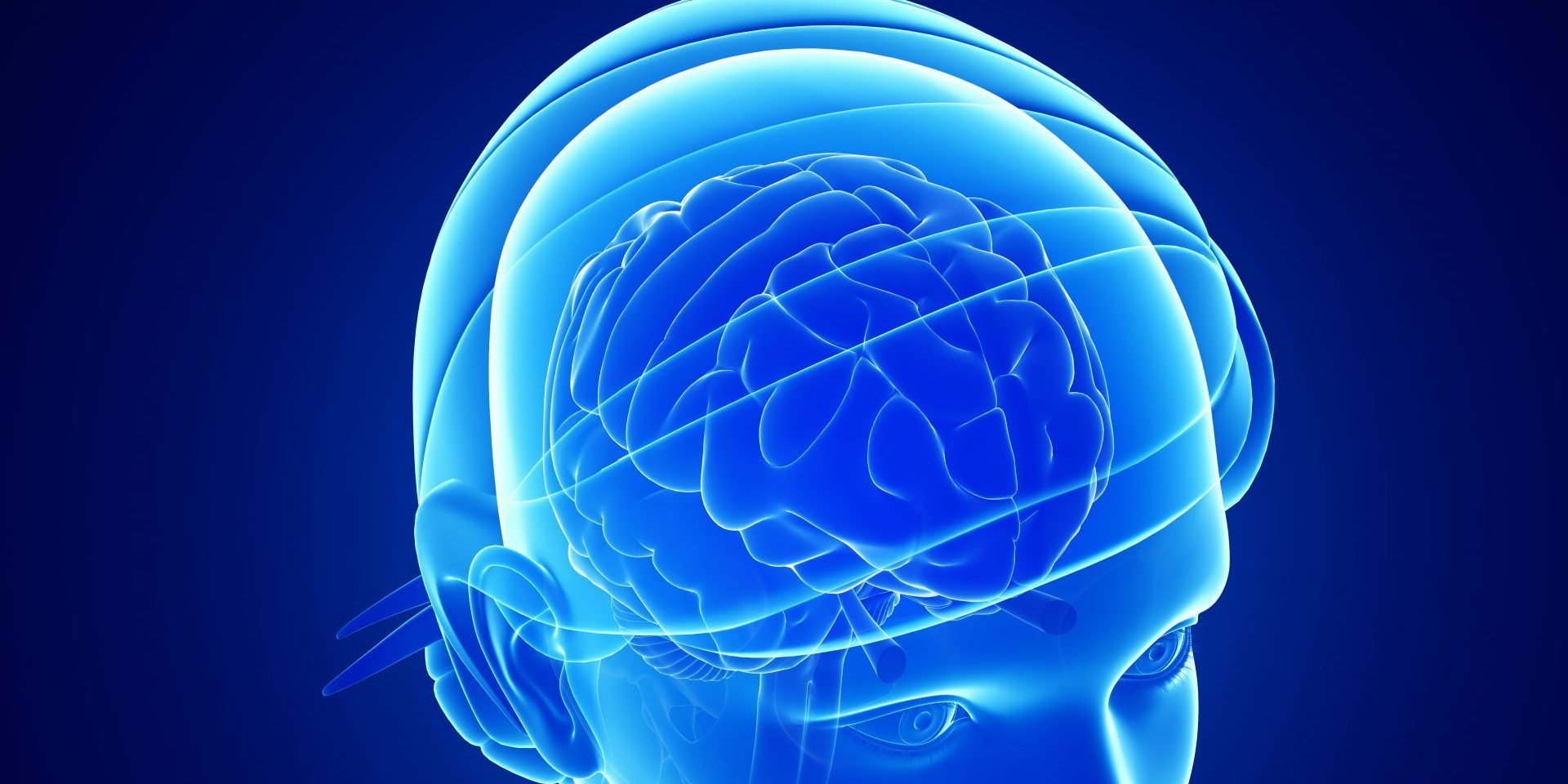 The neuroskeleton is a unique chiropractic model developed by DD Palmer. In 1995, Gaucher, Wiese, and Donahue acknowledged that Palmer was one of chiropractic’s greatest theorists and yet the profession has never made use of his concept of the neuroskeleton as a regulator of tension and of the subluxation as “a mishap that interferes with such regulation and requires an adjustment.”[1]

Few chiropractors have read Palmer’s writings and fewer understand his central ideas. Thus, we should probably assume the profession doesn’t really know what he meant by the term.

Chiropractors today could easily include Palmer’s model of the neuroskeleton. This is suggested for chiropractors to integrate Palmer’s chiropractic paradigm into daily practice not necessarily for patient education.

Neuroskeleton offers a functional understanding of chiropractic that embodies Palmer’s central ideas. He described it as the internal skeletal structure and the protector of the nervous system.

Palmer wrote that the neuroskeleton was a “regulator of tension.” By tension he meant tone, which is described as the renitency, elasticity, and firmness of healthy tissues. Tone according to Palmer, is a condition of healthy tissues and the principle chiropractic is based upon.

When the surfaces of the articulations are in their proper places then the neuroskeleton is a regulator of tension. The bones act as levers to regulate the tension. When they are partially displaced or when the articular processes are “not in normal contact,” they are “disease producers.”

When the neuroskeleton presses on the nervous system rather than protecting it, the nervous system is being injured. This pressure affects the brain, spinal cord, and nerves. Transmission of impulses are disturbed, which also disturbs vibrations, heat, and ultimately functions. According to Palmer, impingement of nerves causes too much or not enough functionating.

Palmer cited the medical literature of his time to explain his theory of “nerve-tension.” He used medical terminology of the day such as “neurectasia, nerve-stretching, and nerve vibration.” He claimed to be the first to “assume that the neuroskeleton was a nerve tension-frame.”

To assess the neuroskeleton, Palmer recommended tracing the subdermal nerves affected with palpation. Once the location of the subluxation was determined, adjusting portions of the neuroskeleton to release tension was recommended. Palmer wrote, “consequently the conditions which cause disease are relieved.”

Two chiropractic historians and D.D. Palmer experts wrote of the neuroskeleton, Gaucher-Peslherbe and Keating. Both authors help us to understand the importance of the theory for Palmer.

Gaucher understood Palmer’s physiological ideas far better than any other scholar because he knew the entire history of similar ideas dating back to Hippocrates. Gaucher relied on Latin, German, French and English sources to research Palmer’s influences in the European history of medicine. Gaucher concluded that Palmer’s contribution to physiology was innovative and unique.

In response to DD’s quote about Lillard’s adjustment, Gaucher wrote that, “for the first time since Hippocrates and Galen an art of healing was defined that was based on the idea of the neuroskeleton as a regulator of tension, and that brought together in a coherent way, in relation to the knowledge of the time, the spine, the nervous system, and most importantly, an energy-based approach that was revolutionary at the time.” [3](1988)

According to Gaucher, the idea that the spine was part of a neuroskeleton, was a dynamic conception of the spine. Any impaired joint could thus disrupt the overall tone, which negated life itself. The depth of concept relates to the human ability to stand upright.

Gaucher wrote, “One of chiropractic’s achievements was that it was able to contribute, albeit hesitatingly, to the establishment of a scientific basis for the concept of coenesthesis (body sense), which in the nineteenth century had been very vague, and move towards the concept of proprioception via the notion of the neuroskeleton.” [4](p.190)

Palmer’s contribution in this regard suggests he was a post-rational thinker. Such a thinker uses a holistic and systems worldviews.[5]

In 1996, Keating wrote that D.D. viewed subluxation as “an alteration in the neuroskeleton which produced a change in the tension of nerves (i.e., increases or decreases in their vibrational frequencies), and that altered vibrational frequencies (i.e., altered tone of nerves) produced a change in the tone (i.e., neurally mediated homeostasis or health) of the end-organs and tissues served by the nerves.”[6]

The first known reference to the term in the literature is IN Toftness’ 1977 book The Philosophy of Spinal Correction.[7] Toftness suggested that the regulation of tension by the neuro-skeleton happens with a shifting from one point of stress to another along the “nerve tension framework.” This is the body’s way of adapting to stress. Until the stress is gone, the body will shift the point of stress from one articulation to another.

According to Toftness, this action of the nerve tension frame is the way it regulates the tension. He wrote that the chiropractor, “designs his corrective procedure to follow the phenomenon associated with interference to nerve transmission-from one point in the neuroskeleton to another, until the nerve tension productive of subluxation is eliminated.” This process may take hours, days, weeks or months. Each body, adaptation, and subluxation is unique.

In 1992, Epstein included the term neuroskeleton in relation to fixation of movement in regards to vertebral subluxation. He also wrote of the tension and position of the neuroskeleton in relation to states of consciousness. Adjusting the vertebral subluxation, he suggested, leads to more coherent and synchronized states of consciousness and the natural dynamic adaptations of life.[8]

Epstein developed a systematic analysis to determine changes in tone in relation to the neuroskeleton.[9] His assessment included Panjabi’s subsystem model of the spine along with Holstege’s anatomical observations of the emotional motor system.[10]

In 2003, Epstein’s definition of Vertebral Subluxation utilized the concept of nerve tension, and was incorporated into the CCP Guidelines. “Vertebral subluxation is consequent to a neurological response to physical, emotional, or environmental stress. The neurological response may precipitate or be precipitated by misalignment(s) between articulations of the spinal column or its immediate weight bearing components of the axial skeleton. The integrity of the nervous system is diminished as changes occur in morphology/oscillation/tension of the tissues occupying the neural canal and/or intervertebral foramina.”[11](p.19)

There are three compelling reasons to include Palmer’s theory of neuroskeleton in modern chiropractic practice. 1) It foreshadowed modern models of central nervous system neuromechanics. For example, in Alf Breig’s 1978 text, he explains how the stretching of the spinal cord and spinal nerves is created by axial tension and leads to decreased conductivity. Gaucher used the same term “axial tension” in reference to DD Palmer’s concept of neuroskeleton.[12] 2) It is relatively easy for chiropractors to model Palmer’s method and/or integrate Toftness and Epstein’s insights. 3) By embracing this core concept of Palmer’s chiropractors worldwide might begin to develop a commonality rarely seen in modern practice, one rooted in the chiropractic paradigm.