Chiropractic and the Teenage Brain 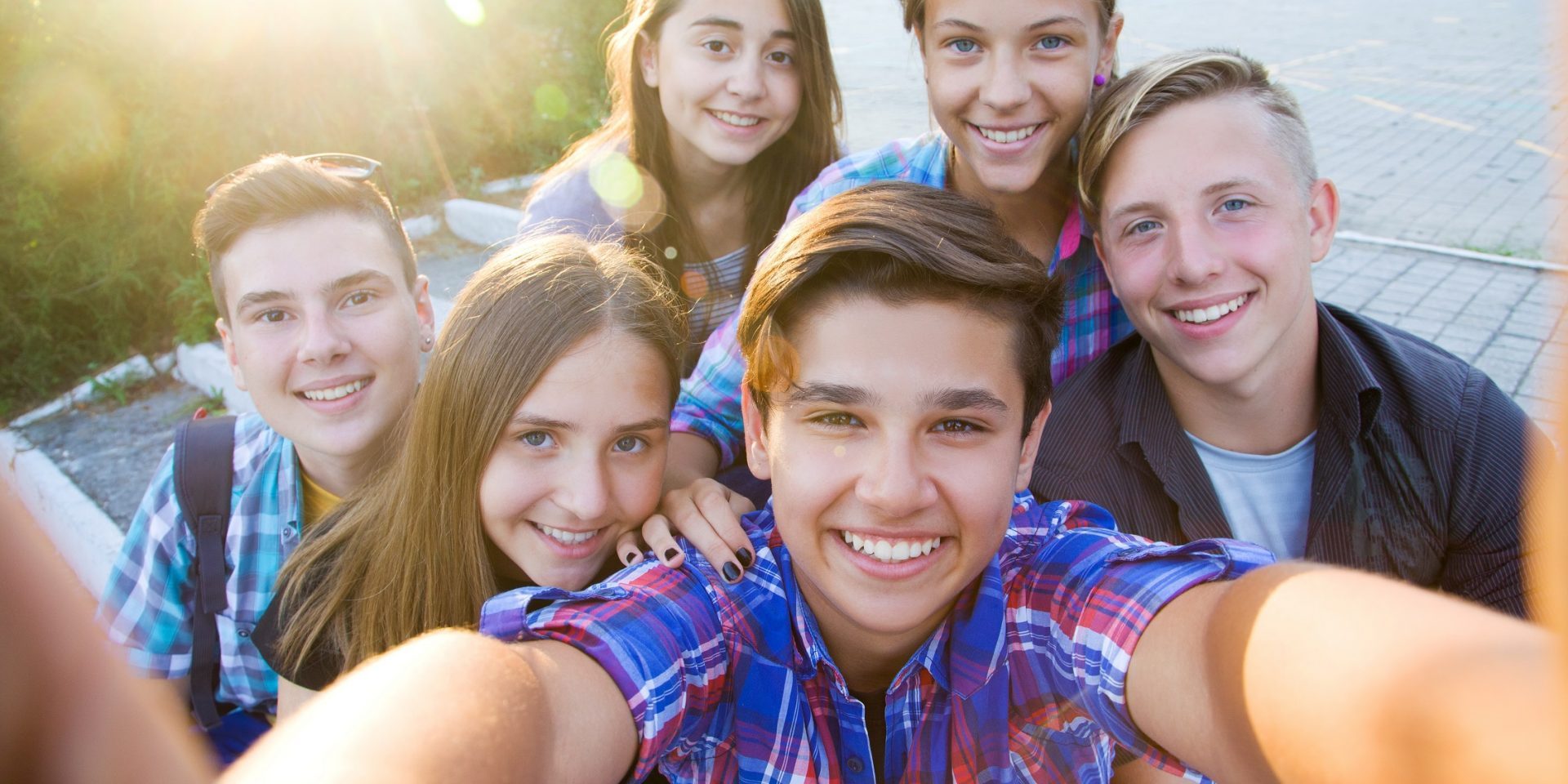 Many a chiropractor deals with practice members right across the life cycle – from the tiniest of patients to octogenarians who are set on maintaining their health all the way. Across this life cycle, some significant changes take place. Many of us are acutely aware that we need to adapt to the changing needs of our practice members as they face different ages and stages. But there is one change that can be all too easily missed – the transition from child to adolescent.

According to Dr Jenna Davis, if a chiropractor knows how to respond well in those tedious years, we can keep the teenager engaged and potentially set up a lifetime of healthy habits.

Dr Jenna Davis hails from Ontario, Canada, where she runs a thriving wellness clinic. Hers is an interesting niche, as one area of focus sees her working with IVF patients – checking and adjusting them before and after the procedures they hope will change their lives. So one could say she starts her work before the life cycle kicks off. Yet she also has 95 year olds who come to her clinic.

As her own children moved through to teenage and tweenage status, Dr Jenna noticed something: “No one is talking about teens and chiropractic. There is so much change happening in those brains at that time in their lives, but no one is talking about it.” This prompted her to do some hunting on what the science can tell us about how to manage these brains in practice.

According to Dr Jenna, one of these keys is communication and recognising that there is a different approach needed if teens are going to stay engaged. It’s a pivotal time in their lives, where habits are either replaced or carried on into adulthood. Yet it’s also a time where they can become disengaged and chiropractic care can become a chore.

“I was seeing a lot of paediatrics, but over time they grow up,” said Dr Jenna. “Young patients who have always been the first on the table, loving their adjustments, talking about ‘superpowers on’ and being able to spout out more chiropractic philosophy than most adults – they hit those teenage years and all of a sudden, they miss an appointment here and there. It’s like their parents have to drag them in, even though you know they know. I started to think ‘Okay, what’s happening here? They are starting to exert their independence. There is a change in the way their brain is focused. But what are we missing?’”

It seemed to be the one glaring void in the chiropractic dialogue, yet it is actually a time when they will create the patterns that they will carry forward into adulthood. This makes our approach during these years critical.

This caused her to sift through the vast amounts of research on neuroplasticity and the teenage brain and work out how it can apply to chiropractic. So how do we adapt our approach in order to best serve our teenage patients? Though there is a far larger amount of work she has done on this area, Dr Jenna recommends three key areas of attention to start.

How do you know when its time to transition (and use the three strategies described above)?

“It depends on the child,” says Dr Jenna. “You will start seeing and recognising, especially if you’ve known them their whole life, that the way they interact with their parents is different. They are usually fine with us as their chiropractors initially, but you see that edge in the way they interact with the parent. You will see bickering or rolling of the eyes. In Canada, we have to do a progress exam of some sort every 20 checks or adjustments. So that is already in our procedures. That being said sometimes it slips a little in terms of how diligent docs are on how in depth these progress examinations are.

The transition from child to tween and teenager can appear in many different ways. It could be that when you are trying to explain something, they aren’t listening or they seem less interested, or maybe they start missing adjustments. For these reasons, we have to have those links between the chiropractic adjustment and what they value, and [with teens] we have to take it up a notch. [You could notice the change in] the way they respond when you give that progress exam and create ‘their’ care plan. Just remember, it takes time but having dialogue with them consistently will be the best way to help you pick when this transition is happening.”

Teen brains develop just like they did in utero – the limbic system charges up first.

As a mother of a teenager and tween, the issue of the developing teenage brain is a subject close to Dr Jenna’s heart. “Things are very different now,” she laughs. “Tweens/teens become highly reactive. The teenage brain develops again exactly how it did inside the womb. The limbic system develops first, which is that emotional, reactive part of the brain. That becomes so clear when you are looking at a teenager when they are bursting into tears or freaking out or reacting to something and you are saying, ‘Woah. Okay. I didn’t realise this was such a big deal to you.’ “

What we are seeing here is the limbic piece of the puzzle, because they don’t have that prefrontal cortex (executive function) working to dampen or calm those things down. “So it’s like a two year old having a temper tantrum only they have more words to go along with it,” she explains.

So what do you do about managing those reactive behaviours? “You can’t give them Carte Blanche to say, ‘behave however you want, I get it, it’s just your brain.’ My first step with these teenagers is educating the parents that it’s not just their hormones. Don’t just brush it off like that. It’s also their brain changing and growing. But the cool thing is it’s also the time where there is so much neuroplasticity,” says Davis.

We used to believe that these teenage behavioural changes were just activated by the rush of hormones, but we now know it’s the brain starting to organise itself. New neurons are forming. New patterns are forming. “As far as when you chose to transition the way you approach a young patient, its anywhere from 10-13 years of age, it really depends on the maturity of the child. But I really encourage you and your CA’s to really be on guard. So you are watching and starting at 9 or 10 introducing some more in depth progress exams as you are acknowledging they are changing. This allows them to know you are a place they can share their thoughts and feelings.”

Davis does raise an important point though – the age of consent to care is different across many jurisdictions. You may not be able to see a child without their parents, but that doesn’t mean you can’t treat them as the key stakeholder in their care.

Where is the research on chiropractic and the teenage brain?

A lot of the information out there is based on communication, “so from a chiropractic standpoint we really need to focus on that,” says Dr. Jenna, “but another interesting thing is there is a lot of information out there about when the skeleton matures. Many of us assume they are skeletally mature in their teenage years. This is not correct. Let’s investigate the sacrum and the coccyx. It may not even fully mature until we are in our thirties, in terms of being fully fused. So think about having a child when you are under thirty, and you wonder why you have so much tail-bone pain, or coccyx pain. We have to recognise some of those factors in terms of our care, and not assume they are fully mature before they are.”

Another area in which the research is plentiful is that of neuroplasticity and brain development, there are huge amounts of research starting to come through about these topics, “but in terms of how it applies to chiropractic, you really have to sift through. For example, we already know chiropractic can lower your cortisol level. A lot of teens are suffering with high levels of stress and cortisol. Therefore under chiropractic care they may experience lower cortisol levels and lower levels of anxiety.”

“Reward centres inside the teenage brain are heightened so they are striving to stimulate and get more information or feedback into those reward centres. Chiropractic can fuel those reward centres in a positive way. There are studies that have shown that all those experiences actually help shape their brain and behaviour. This is also the time where anything they are consistently doing or participating in is being adopted into their behaviour and they will carry that forward into adulthood. If they are under chiropractic care as a teenager, this will create the neuronal connections and behaviour patterns helping to solidify chiropractic care as part of their adult way of life.”

We look forward to hearing what else emerges from Dr Jenna, including but not limited to work on the teenage brain. In the mean time, the key things we need to keep in mind is that a different approach is needed if we are to help these young lives maintain healthy habits and take them forward into adulthood.