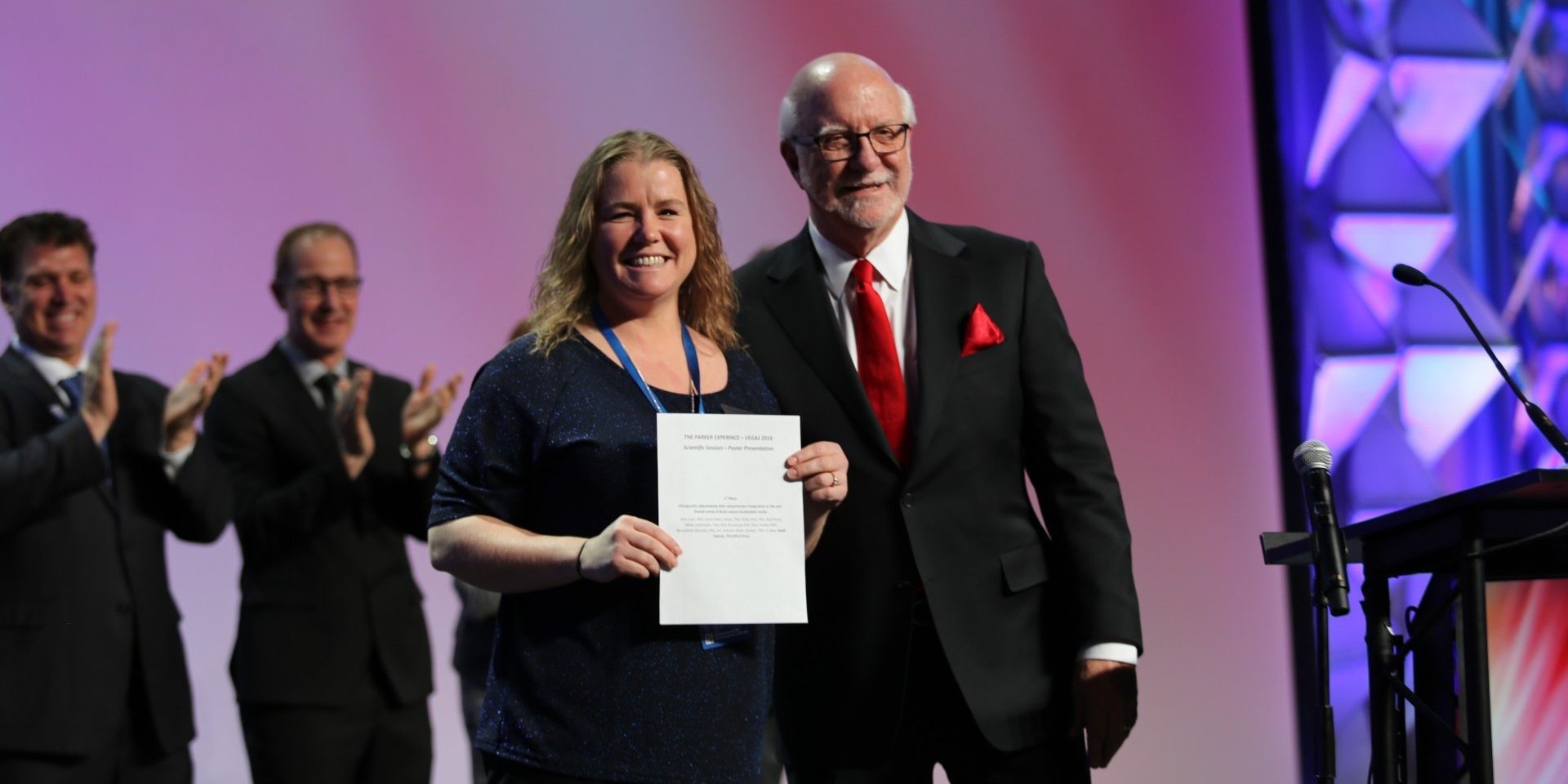 We are excited to announce that another project that received funding from the Spinal Research Foundation has won international acclaim. The study, undertaken by Heidi Haavik, Kelly Holt, Bernadette Murphy and the amazing team from the New Zealand College of Chiropractic, took out first place in the Parker Las Vegas Research awards and will soon be published in the Journal of Neural Plasticity.

The journal, which boasts an impact factor of 3.5, is a peer-reviewed journal that publishes on a range of neural plasticity related disciplines. These include basic neuroscience, behavioral neuroscience, cognitive neuroscience, biological psychology, and biological psychiatry [1]. For the sake of comparison, The Journal of Manipulative and Physiological Therapeutics has an impact factor of 1.5. You can be sure we will be letting you know as soon as this paper hits the press!

The project involved collaboration with researchers from Denmark, Canada and Australia. We are proud to be able to facilitate studies like this one, as they help back our profession with peer-reviewed certainty. The study would not have been possible if not for funding from Spinal Research, the Hamblin Trust, and the individual donors from across the profession. In a social-media heavy age where research is the currency of the day, every donor can make a difference.

The study continues a line of research that commenced when Haavik was undertaking her PhD in the early 2000’s. Haavik and her team said that [3]:

“This study furthers our understanding of how adjusting the spine alters brain function, by showing where in the brain such changes take place. In this study, we showed for the 4th time the N30 SEP peak changes following adjustments, and most importantly, we showed that these changes take place in the prefrontal cortex.”

A bonus for this study was that all data was collected and analysed by scientists who had no preconceived ideas about chiropractic. They were scientists from Aalborg University Hospital in Denmark. This obviously lowers the level of bias.

Haavik and her team are excited about the evidence regarding the location of changes post-adjustment.

“This is solid scientific evidence that adjusting the spine changes the way the pre-frontal cortex of the brain is processing information from the arm. It demonstrates we change the way the brain works and shows that spinal function impacts brain function. One of the most interesting things about the changes we observed was that the prefrontal cortex is responsible for behavior, goal directed tasks, decision making, memory and attention, intelligence, processing of pain and emotional response to it, autonomic function, motor control, eye movements and spatial awareness.”

Chiropractors have long observed a wide variety of changes in the people under their care following adjustments. Along the wide spectrum of claims from those under care are those who say they feel better or focus better and those who notice improvements in movement and coordination. This study takes us a little further down the path of understanding why this could be.

Heidi and her team have had an amazing 24 projects accepted for publication in reputable, peer-reviewed journals in 2015, and have another 27 projects on the go. That’s an incredible amount of work from just 3 full-time researchers [2]!

Haavik and her team remain busy on the 27 projects they have on the go, and they represent only a part of the worldwide move to provide insight into how and why chiropractic care works.

But just because you aren’t immersed in the practical aspects of research doesn’t mean you don’t play an essential role.

Getting the word out to people in your practice is imperative. Knowledge is powerful, not just for chiropractors but for those whose lives have been touched by the power of chiropractic care. Too often, they know it works but they don’t know why.

Currently, around 5% of the chiropractic profession donates toward research. It is a small percentage,yet with this commitment we have been able to create some highly valuable research.

Imagine what we could do if 10% donated! We are at the beginning of the work that needs to be done. Every donation, no matter how small, makes a difference.

We agree with Heidi and her team when she says “It’s an exciting time to be a chiropractor!”