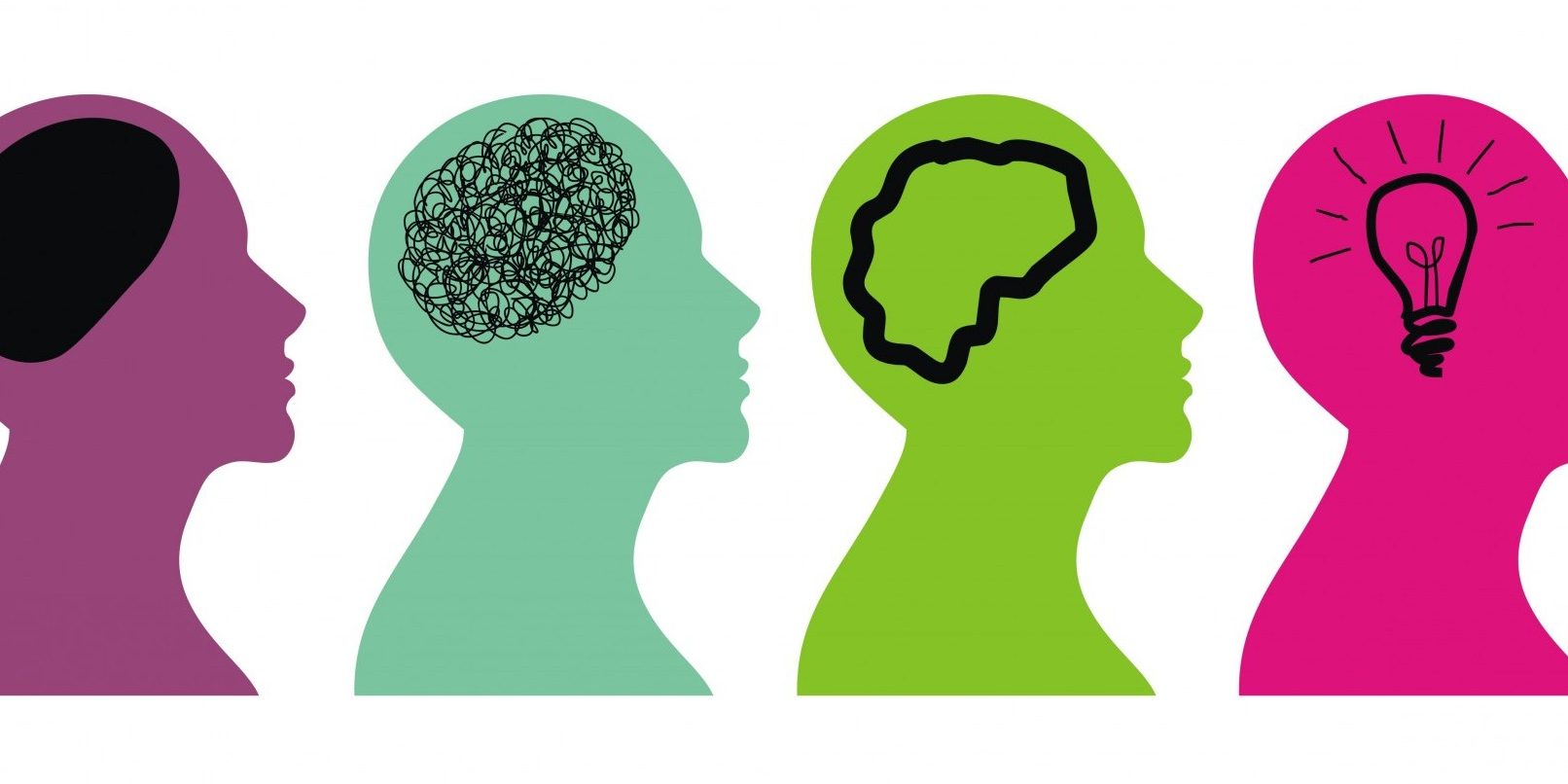 “Many chiropractors feel like they are second class citizens in the world of health care and in the world of evidence. I’m showing up to make the argument that our evidence is robust, and its something we should be celebrating and promulgating not apologizing for,” says Patrick Gentempo of his visit to the Australia this month for  Dynamic Growth Congress and his Think! Chiropractic Without a Doubt day seminars. Gentempo will be bringing the applied science of the adjustment, and a powerful message of the impact of philosophy when he treads the stage at DG 2016.

“We are delivering this program on a Friday and a Saturday. My intention is that every participant in the program will be able to deliver a better adjustment on the Monday. I’m here to increase the three C’s: confidence, certainty and credibility for the chiropractor.”

Marrying the philosophy of chiropractic with a robust science base has long been focal point of Patrick Gentempo’s work. Indeed, the marriage of these two important aspects of chiropractic is an essential thing given the increased demand for evidence across many disiplines including chiropractic. “The problem is that people don’t start with any foundational philosophy. They don’t have any premise from which they are operating so they go down blind alleys. There’s a lot of rhetoric about evidence-based care, but really the answer to the question is ‘what would one accept as evidence?’ It’s a philosophical question. You have to have some context. Data in and of itself is meaningless. You have to have some framework from which to understand and interpret the data and then to apply it. Most people don’t really get that deep into the thinking or considerations relative to all of this.”

Patrick has been at this long enough to be sure of what he is saying, but it’s a long way from where he started. In fact his journey into chiropractic started young, when a neck injury caused him to seek treatment. “The medical doctor gave me pain-killers, muscle relaxers, and anti-inflammatories. The drugs didn’t work and made me a bit ill. My mom brought me to a chiropractor. After the first adjustment, I was 90% better. When he explained to me the principle of chiropractic, the lights came on and my path was set. I decided that day that that was what I was going to do [1].”

He had simply been shown the power of the adjustment. The experience was a transformational one, propelling him not only into the profession but also into business and innovations supporting chiropractors. This was, perhaps, the first step towards the type of chiropractic certainty he is now renowned for. For Gentempo, science and philosophy don’t clash at all. His rationale: if what you’re doing is true, the science will line up with it.

There has to be some framework to review the nature of reality and the rules of evidence and then the actions to take, which are the first three branches of philosophy: metaphysics, epistemology and ethics. It really is a structure to understand critical thinking and with that critical thinking you start to now look at the science that either supports or invalidates the premise. That’s all great to consider but the question is now ‘how do you get it to the patient? What are the things you can put on the ground on Monday?’ “

These key questions are what Gentempo will be targeting in his presentation to Dynamic Growth. “I’m not speculating a potential outcome. I know its possible.”

The reality is that the science behind the chiropractic profession is mounting up thanks to the tireless efforts of researchers, but Gentempo argues that even in this, philosophy plays a role. It’s an important consideration to raise, because if the answer is not firm and clear in our minds, we can be pushed back from the point of certainty on strong data. Worse still, we could accept false negatives as a quasi-gospel telling us that the adjustment isn’t as powerful as it is.

We can even become unsure of the simple evidence we see right under our noses every single week – the small miracles we witness when the subluxation is put right and the body finds itself once again able to heal. When he talks about this issue, Patrick raises the point that philosophy plays a lead role in science and research.

“There is no doubt that there are political agendas that people have in the profession. One must ask what are the motivations behind these agendas. What are the agendas people have? They have their own inherent contradictions. Here’s the thing about philosophy: everybody’s got one. Even those who are trying to promulgate that philosophy has no place in chiropractic – they don’t realise that’s a philosophical stance. Every thinking human being doesn’t have a choice about the fact that they have a philosophy. Their only choice is whether or not to define it in a conscious and rational way. So they can’t try to pretend philosophy is irrelevant or doesn’t exist. No. Everyone’s got a philosophy.

When it comes to subluxation, you can make the statement that you don’t like the evidence, but you can’t say that there’s none. There is data. There is research. It’s there. You can say you don’t like it. But you can’t say it isn’t there. To do so would be a complete factual inaccuracy. Such statements usually come from a warped and confused philosophy. I can tease it out if I ask questions but they often don’t know what their philosophy really is .

“You should have a philosophy around work, parenting, relationships, money, health, safety and any number of things. Is it empowering? It should be. If not, its hurting you. People in the USA and NZ right now are getting their health philosophy from drug commercials.

He notes that culture around healthcare and wellness care is changing, and that there is an increased demand for wellness care rather than sickness care. There is a growing part of the culture that is interested in proactively enhancing health. There’s just one problem: the public hasn’t necessarily matched chiropractic with that.

At least, they haven’t done so yet. This places the profession in an interesting crossroad: do we stay true to vitalistic chiropractic philosophy, the foundational view of reality that concludes that adjusting the subluxation has a vast, wide-reaching impact on health, or do we accept the definition ascribed to us by the public? Patrick is very clear where he stands on this issue. “Some people see this as our area of opportunity, which I do. The others say ‘the public sees us as a back pain treater so we should just do that.”

Gentempo recalls a debate where one party was arguing that the surveys were done. The public didn’t understand chiropractic. They thought we were back and neck pain practitioners, so that is where we should be. The rebuttal remark, by Dr Christpher Kent, was poignant: ‘Aren’t you an attorney? Shall we see what the public thinks about you? Is that all you should be?’

“There are those who think chiropractic should be limited to back and neck pain only, that we should only deal with uncomplicated spinal syndromes, a subset of medicine as opposed to a distinct and unique profession that is distinct from medicine. It’s not that medicine that is wrong or bad but what we do and why we do it is completely different service.

If you think that you want to be a medical doctor and practice medicine, then you should have gone to medical school! We don’t need more people pushing drugs in this culture, that’s for sure.”

Patrick Gentempo’s vision has always been world domination of wellcare in a chiropractic model.

“Too many people look at healthcare as sickcare. Since I co-founded CLA in 1988, that’s been our mantra. I want to see the brand chiropractic have positive brand equity in the mind of consumers, that they recognise it that it’s a unique service that contributes to their health and longevity, and beyond that – their whole life. (My vision is) that we lead that. That we are in the number one position.

It has to start with philosophy. That’s what gives you identity. If you are confused on your philosophy, your identity is confused. That’s why people don’t know what chiropractic is. You look at brands like Apple. They have a very clear picture of what their brand is and they don’t violate it. We have to do the same thing.”

Information including registrations for Dynamic Growth Congress and Think! Chiropractic Without a Doubt can be found on the Foundation’s website.