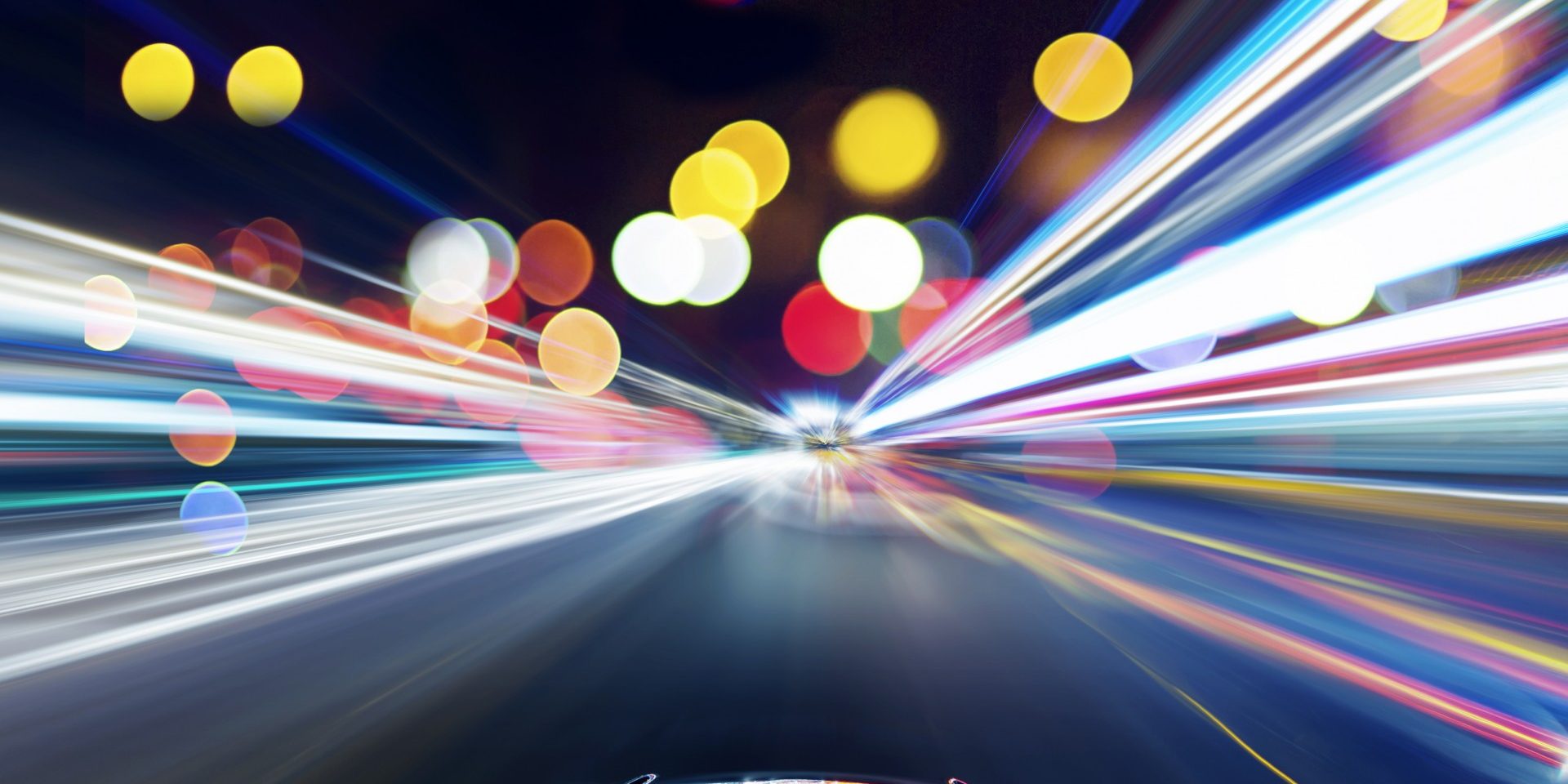 Few of us haven’t had some sort of encounter with motion sickness. Some suffer aboard boats or carnival rides, while others have had to pull the car over on a drive through sweeping hills so a partner or sibling can ‘have a talk to Mother Nature.’  Motion sickness is a fact of life for many people –one may be tackled with medication.

So what exactly is it? Common symptoms include nausea, vomiting, colds sweats and malaise while travelling, but some claim the definition should be a little broader than that. In fact, an article recently published in the Journal of Experimental Brain Research argues that ‘Sopite Syndrome’ should be better recognised as part of the motion sickness raft of symptoms – that is the “profound drowsiness or persistent fatigue that often follows brief exposures to highly provocative stimulation or prolonged exposures to low-intensity motion stimulation [1].”

Sopite Syndrome, or profound drowsiness and fatigue, may hang around for hours and even days after the onset of motion sickness. Hence, much motion sickness goes unrecognised according to James Lackner, one of the study’s authors. This could be especially difficult to detect or manage in ‘real world’ circumstances, given new research that shows yawning could be the first sign of Sopite Syndrome [2].

The real world ramifications could indeed be widespread. Could driver fatigue in fact be related to sopite syndrome or motion sickness? If so, and given Australia’s problem with road toll, what do we do about this?

The answers to those questions may be impossible to answer now, but taking a closer look at the theories behind motion sickness may help formulate the action plan.

The prevailing theory behind motion sickness is a mismatch between what the eyes see and what the middle ear interprets in terms of motion. This stems from the ‘ecological theory’ of motion sickness, which has a lot to do with postural control. This theory, though widely accepted, doesn’t explain why motion sickness can still be experienced by vision-impaired people [3].  It is, however, more widely accepted than Treisman’s evolutionary theory, which stated motion sickness was essentially a response to poison [1].

Both have empirical evidence to back them, and interestingly for us from a chiropractic standpoint, both theories also have a bit to do with adaptation.  The evolutionary theory takes us into the way the gut adapts to deal with offending substances. The ecological theory looks at how the body adapts to its position and motion in space and is quite closely linked to the sensory conflict theory. It is here that proprioception – or our sense of position – and adaptation are most heavily involved.

We caught up with Dr Carlo Rinaudo (PhD candidate on the topic of vestibular rehabilitation) to talk about chiropractic and motion sickness.

Dr Rinaudo’s work is focused on balance and dizziness conditions, work he is fortunate to be undertaking through the University of NSW and Neuroscience Research Australia. “I’m excited to be doing something which on the surface may not look all that chiropractic, but evidence is now showing us that the connection between the vestibular system and the spine is huge. As chiropractors, it’s probably one of the biggest areas where we can validate what we do.”

Having been involved in clinical neuroscience (or functional neurology) in the past, Rinaudo is keen to delve into the ways we can help those who haven’t been given a clinical diagnosis, but who are still suffering from symptoms that impact balance, dizziness or related conditions. Rinaudo explains that motion sickness (and indeed Sopite Syndrome) occurs when there is a mismatch between three key systems within the body.

“Balance is comprised of an integration of three main senses: visual senses, inner ear senses and proprioception or information from the joints. In terms of where in the body the proprioceptive system is most important or where we can have the most influence, the cervical spine and particularly the top two joints in the neck have an exponential amount of leverage. That influences this. Straight away, chiropractors can have a great impact just on that.”

These three senses give our brain an internal GPS that gives us a sense of where we are, of self-reference relative to the environment. If any of these senses are mismatched, it will give an altered queue as to what is going on and the GPS will be off. Typically, we then have a myriad of symptoms and co-morbidities that will tell us that something isn’t right: dizziness, vertigo, disorientation, fear and anxiety, trouble reading, nausea and so on.

That’s right: nausea, vertigo and disorientation aren’t the only symptoms. Tiredness, reading challenges, fear and anxiety can actually be tied up in the vestibular bag of tricks when one of those three key senses isn’t lining up with the others.

As to whether or not motion sickness and Sopite Syndrome could be contributing to driver fatigue, Rinaudo said:

‘Whilst I had heard of Sopite, I hadn’t made the connection between drowsiness, motion sickness and accidents. I think it’s super valid as a concern. With Sopite, one of the things it does is affect people’s cognitive performance, arousal and tiredness where performance is impaired. ‘

Why is this so? Tied up in the vestibular system is the reticular activation system affecting arousal, and regulating wakefulness and sleep-wake cycles.

Can we claim that chiropractic can cure motion sickness?

We haven’t seen a whole lot of research directly claiming that chiropractic can help with the symptoms of motion sickness’ Indeed, our profession isn’t focused on curing ailments but rather on restoring optimal function to the nervous system. Rinaudo does believe that we can confidently say that we may have an impact. It all comes down to how wide your research lens is focused.

“Whilst there is little chiropractic research on this, if we extend a look at physiotherapy, there is a huge amount. As a profession we aren’t yet doing too well at having our name attached to improved outcomes, but when we look at another manual therapy like physiotherapy, the evidence is there. Particularly if you look at whiplash there is a lot of manual based therapy that is shown to improve people who have whiplash who struggle with nausea, disequilibrium and those types of problems.

That aside, my practice is predominantly a neurological based practice. I see only those types of clients. It’s anecdotal at this stage, but we do see some really good changes.

We are yet to reach the point where chiropractic research is well-funded enough to cover all the peripheral ways in which chiropractic care can impact the vast reach of the nervous system. In the meantime, there are places we can look to see how manual therapy helps.

What can chiropractors do about motion sickness, dizziness and vestibular symptoms?

In terms of what a chiropractor can do to impact the vestibular system function, and in particular motion sickness, it all starts with the basics: we know that adjusting the upper cervical spine can have incredible impacts on brain function. Much of the body’s proprioceptive information comes through that upper cervical area. Rinaudo offers even more insight on what to do, and it centres on the three key senses involved in balance – the eyes, the inner ear, and proprioception.

“(Apart from adjusting the upper spine) it’s important we understand what influences dizziness, nausea or any of those symptoms – which of those three factors or sensing organs is at fault (or potentially a combination). Assessing them and providing therapy to restore that is important. When there is an error in the joint position there is an error in the feedback. When we adjust that we start seeing influence.

For example, in my practice, we’ve got means of restoring visual cues, most of which are the ability for someone to remain focused on a point, their ability to track a point.

We aren’t looking at acuity, whether they can read ABC, we are looking at whether their eye movement is congruent with what the rest of the body is doing. There’s a particular reflex called the vestibular ocular reflex (or VOR). As I look at you and move my head from side to side, I can maintain focus on you because my ears and my eyes are hardwired together and they are working together. If I am sitting in the car, bobbing up and down, I can still read a street sign because of the VOR reflex. For people with motion sickness, that reflex is cactus. If they are moving their head from side to side, they can’t stay focused on a point so basically that mismatch causes the brain to go ‘Whoa, I don’t feel comfortable. I don’t feel right.’ There’s a lot of research that shows poor adaptation of the VOR in people with motion sickness.

The neuroscience is now showing more and more of the brain effect of what we do through working on the spine. One of the main things is that when we work on the spine, when we adjust the spine, it stimulates various parts of the brain and one of these is the cerebellum. The VOR and the cerebellum are so entrenched with each other, it’s unbelievable. Not only is this information coming up, but it’s going back down by the same route. That loop is continuous. We now see that what we are doing is attenuating that pathway. For us to move forward in the literature, we need to be embracing this model far more than the old model.

As Rinaudo stated, restoring proper spinal function has the potential to have a huge impact on how the body is functioning and its effect on motion sickness. This is such important work for us as chiropractors: to allow the body to restore normal neurological function.

This is a very exciting field of research, integrating chiropractic with the neurophysiological function and the body’s ability to adapt. Wouldn’t it be fantastic if we had a greater understanding of how those interplay?

Dr Rinaudo will be delivering training sessions from April, covering the management of dizziness disorders. The training will go far deeper than the Epley Manoeuvre for BPPV, and will cover a range of more severe conditions and how to manage them.