Have We Been Conned By The Water Myths? 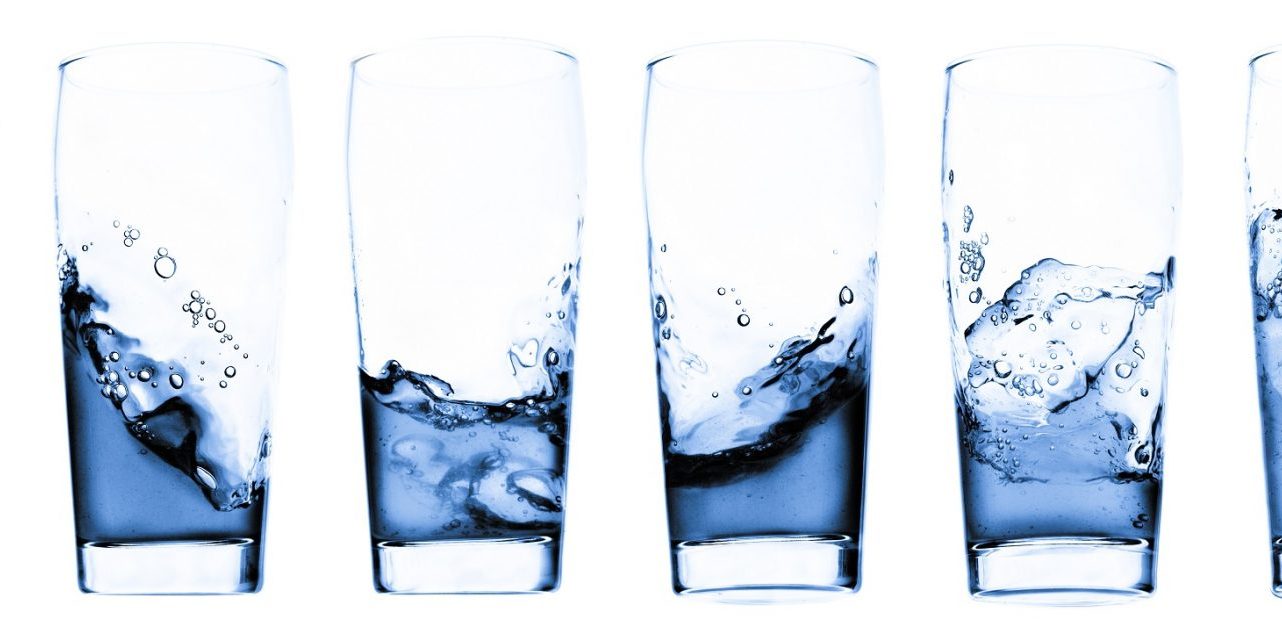 It’s a regular sight these days to see the ubiquitous water bottle carried around like a second limb. It’s almost the accessory du jour. Supermarket shelves are stacked with a plethora of option; spring water, sparkling water, water with vitamins and minerals added, take your pick…

And along with all this water, we’re inundated with advice about it. We’re supposed to drink 8 glasses or more a day of it. If we want to hydrate our skin and loose wrinkles we’re told to drink half a gallon of it. If we’re thirsty it means we’re already dehydrated. If you drink tea or coffee you’re going the opposite way and dehydrating yourself. And God help you if your pee is anything other than crystal clear, it’s a sure sign all your cells have shrivelled up and most of your brain has shrunk.

Water. Who knew the consumption of it could come with so much, as it transpires, mis-information.

There’s some fairly mainstream myths that are worthwhile looking at. But let’s look at the most common one first.

The human body is made up of 60% to 70% water. So it makes sense to drink water to replenish any lost water through sweat or urine. But water consumption itself is variable between people. An athlete for example will require significantly more than a granny who hasn’t made the 100 yard dash in a significant amount of time.

Susan Yeargin, Ph.D., assistant professor of athletic training at the University of South Carolina says, “the vast majority of healthy people adequately meet their hydration needs by letting thirst be their guide.”

2. Being thirsty isn’t a proper gauge for hydration.

Thirst is definitely a very strong predictor of hydration needs, perhaps the best indicator of whether we need more water or not.

“Our thirst mechanism is pretty accurate,” says Yeargin. “But it’s always a good idea to have some other methods to ensure you’re hydrated.”

3. You can’t drink too much water.

Actually you can. Too much water can dilute the sodium levels in the blood to a dangerously low level. It’s called Hyponatremia. And it can be deadly.

“You absolutely can drink too much. The best way to prevent hyponatremia is to listen to your thirst,” says Doug Casa, Ph.D., professor of kinesiology at the University of Connecticut and COO of the Korey Stringer Institute.

While caffeine does have a mild diuretic effect, that is it may cause the need to urinate, in terms of its diuretic quality, it’s not a very good one. A recent study (1) showed that only doses of 360 mg of caffeine or greater produced significantly more urine volume. And if you exercise after having caffeine it negates the diuretic effect completely. In another study (2) it found that there was no significant difference in hydration status between caffeine-habituated males who consumed coffee in moderation with those that consumed just water.

Tea and coffee actually add to your tally count of water consumption for the day! Since studies have shown that they are not dehydrating and that the diuretic effect does not offset hydration, you can guilt free enjoy your cuppa of tea knowing it’s helping to hydrate you!

5. Your urine has to be clear for you to be properly hydrated.

You’ve probably gone one step too far if your urine looks like the water you just drank.

“If it’s completely clear, it just means you’re full to the brim; what’s going in is coming out. On the other hand, if your pee is the color of apple juice or darker, or particularly smelly, you need to drink up,” says Yeargin.

6. Drink lots of water to detox.

This one is a bit tricky. On the one hand it’s important to flush the toxins out of your kidneys but on the other, you don’t want to drink so much water that you stress your kidneys by overloading them.

“There is no evidence that excess water makes your body more clean. If anything, drinking too much water can slightly impair the ability of the kidneys to filter blood,”

says Dr. Stanley Goldfarb, M.D., a professor of medicine in the Renal, Electrolyte, and Hypertension Division at the University of Pennsylvania’s Perelman School of Medicine.

So what’s the wrap up? Listen to your own body. If you’re exercising or sweating, drink more water. If you’re thirsty, drink more water. Enjoy your caffeinated beverages (in moderation) they are hydrating for you too. And you can stop looking into the toilet bowl to see if your wee is the colour of pure driven snow. Drinking water as it turns out is as simple as consuming it when you feel parched.