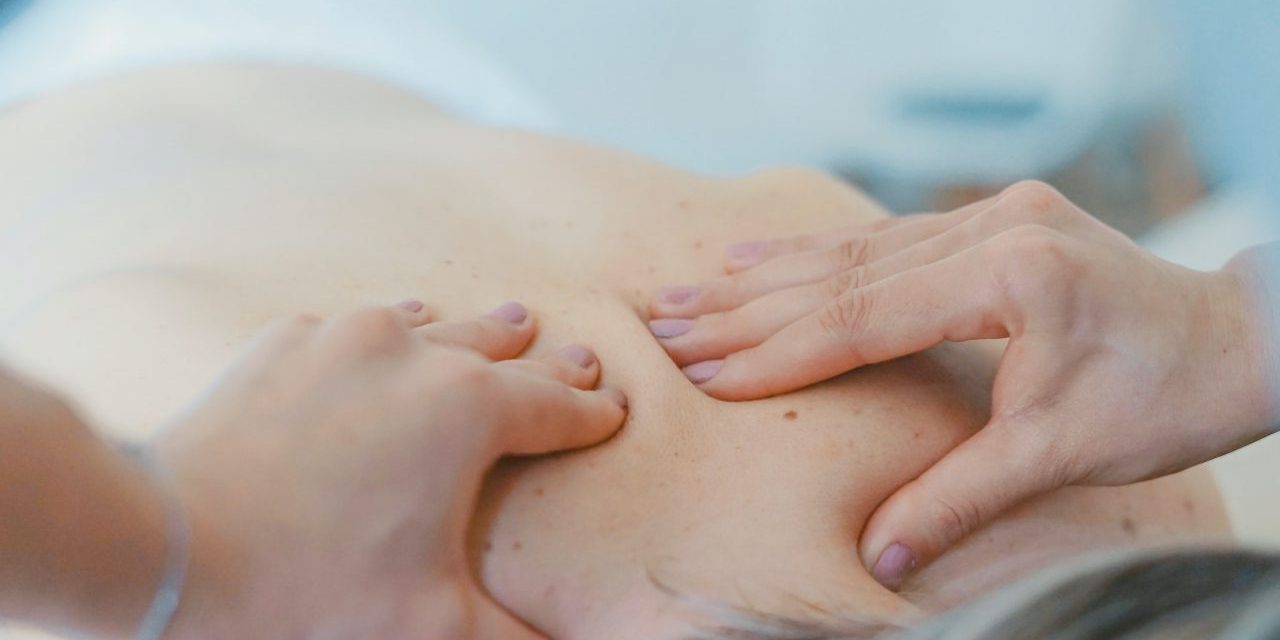 A recent study appearing in the newly minted “Asia Pacific Chiropractic Journal” has examined the reliability of a particular muscle analysis used in a common chiropractic technique – the Sacro Occipital Technique. The pilot study took a hard look at the evidence-base around work pioneered by chiropractor, Major Bertrand DeJarnette, as far back as 1962.

The sacro-occipital technique (SOT) is defined as “a chiropractic technique developed to restore a functional relationship between the head, the pelvis, and the spine – a structure that envelopes and protects our central nervous system [1].” It is known as being gentle method of checking and adjusting the spine for subluxations.

The trapezius muscle, which forms a diamond-like shape spanning the back of the neck down to the upper mid-back, and across the back of the collarbones (approximately). Analysing the muscle fibres of the trapezius is important in SOT for a couple of reasons. According to DeJarnette, the trapezius fibre technique as two main functions [2]: “Firstly, it is used as an emergency type of care for a person suffering from musculoskeletal pain. Its second use is that of a preventative treatment to locate and correct a spinal problem before it becomes too serious.”

This pilot study took on the role of examining Inter-examiner reliability: that is, would different examiners find the same thing when they examined a person under chiropractic care. It is an important question, as previous research undertaken by Dr Kelly Holt, Dr David Russell and their colleagues has examined inter-examiner reliability when it comes to subluxations, and this latest study adds to that evidence base in confirming the reliability of chiropractic examinations.

In order to assess this, researchers used three chiropractors with at least 12 year of experience and advanced certification in SOT. They then recruited 36 volunteers who were attending an SOT annual convention in Melbourne, Australia. The participants cycled through so that every participant was examined by each chiropractor, looking for areas of swelling, or “a nodule.” Examinations were undertaken in a non-verbal way so that other examiners could not be aware of what their colleagues had found when examining the volunteers.

There were cases where a chiropractor was blindfolded and were in fact re-examining someone they had already looked at. They, of course, did not know this. When this happened, this volunteer (one in seven of the thirty six volunteers) was only examined twice.

Once each of the volunteers had cycled through the chiropractors (examiners) and the findings had been analysed, researchers remarked that:

An important distinction with this study is the following:

“It was noted that in the two cases where no agreement was found the two points in question were only just outside the agreed limits by 3mm in one case and 5mm in the other. If the agreed limits were relaxed to include these two occasions then a level of agreement of 100% could be made. One of the examiners was able to locate the same point on all three occasions in 5/6 cases.

In 18 separate examinations (six participants, three examinations) the examiner was able to locate the same point 15 times. Again, if a 3mm leeway on the final participant were given his proportion of positive findings would have increased to 17/18 examinations. If this examiner had no skill and was in fact just randomly picking points on the participant’s trapezius muscles then the chance of them replicating their findings would be 1 in 2 million.”

When put that way, we realise just how significant these findings are. Of course, every study has limitations. In this case, there were only three examiners, but there was a good cohort of participants. It is, however, a pilot study which shows us there is more work to come.

We eagerly await its release!