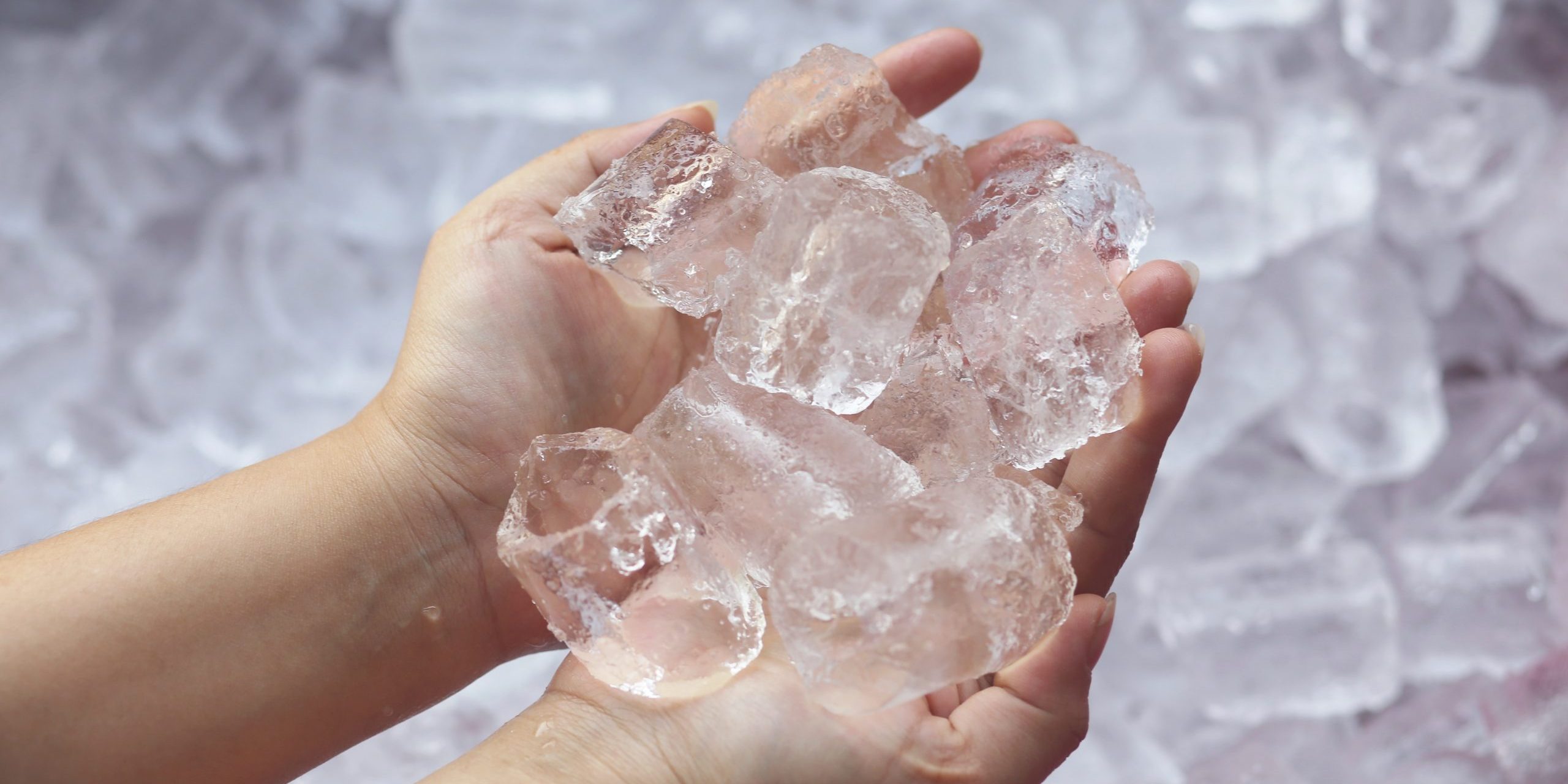 The study of pain is a complex area, with pain sensitivity and pain habituation all coming into play when it comes to our experience of it. We know that chiropractic aims to remove interferences from the nervous system and ensure optimal connection and function between body and brain. How then does this play out when it comes to pain?

It’s a question that has a long history to it, explains Dr Niazi:

“Remember that we did not always know scientifically that, or how, chiropractic improves the accuracy of the communication between the brain and the body.  That has only come about due to the hard work going right back to the early days when Bernadette Murphy was teaching at the college and mentoring Heidi Haavik. There are certain scientists who you just connect with on the same wavelength. Heidi and Bernadette formed a partnership and that lead to Heidi’s PhD and research career while being a mum of two and practising full-time.

The focus from our lab from that point on has been “what is the effect of chiropractic on the brain, and the effect of these neurophysiology changes on symptom development, recurrence and persistence? (Pain being one of these symptoms).” Different labs have different focuses. Our lab has always been interested in the basic science mechanisms – how does spinal dysfunction (or vertebral subluxations) cause problems in brain function and how does chiropractic care help people feel and function better. Pain as a symptom that is known to involve maladaptive (bad) neural plastic changes, so it makes sense then that by improving spinal function, by restoring proper spinal movement, and improving neural plastic brain changes that this can also be the reason why people who see chiropractors report feeling less pain. We wanted to take a closer look at this.”

In an effort to understand the effect of chiropractic spinal manipulation on tonic pain (which reacts slowly to stimuli and continues to convey information about the duration of the stimulus), the researchers looked at a subclinical back pain group. The majority of the 15 participants had little or no exposure to chiropractic care (so that the study could be properly blinded). They were aged between 18 and 50, assessed by a chiropractor to check they met the criteria, and exposed to the lab environment prior to the study.

The process was simple: the participants put their hand in cold water for a designated amount of time, and a sophisticated system of brain imaging (the sLORETA – standardized low-resolution brain electromagnetic tomography) measured the brain’s response to the pain they felt while putting their hand in the cold water.

Dr Niazi, whose qualification lies in the area of biomedical engineering, went to great lengths to explain this choice of brain measurement.

“The aim is to look at what is happening inside the brain in a non-invasive way. There are labs that record directly from the brain during surgery but we can’t and don’t do that. There are methods like fMRI, CT scans or PET scans and they all capture different dimensions of data from the brain. FMRI can measure very small changes with great spatial resolution but is very expensive and it can’t measure what is happening within a millisecond. EEG can measure things within that millisecond and is much cheaper, but the spatial resolution is less accurate. So there are basically pros and cons with each method available.

For this study, our team chose to use high-density EEG, along with new developments in bioengineering such as triangulation (technically known as source localization) to pick up the location and timing of the activity. This can be very accurate when you have many EEG electrodes, such as we used in this study. Using this method we were able to discover exactly where in the brain changes were taking place to the way the brain was responding to the tonic cold pain sensation before and after either a chiropractic session or a placebo control session – and all of it in a non-invasive manner. This method is known as standardized low-resolution brain electromagnetic thermography.”Using this EEG technology, the researchers looked at brain activity before the intervention (to establish a baseline), and after the intervention – either a sham or a true chiropractic spinal adjustment session. Both before and after these interventions the researchers measured the EEG before and during the subjects put their hand in the cold water. This meant they could measure how their brains responded to the painful stimulation (that occurs when you put your hand this cold water).

“Out of 15 subjects, 13 were novice to chiropractic care, and from countries in eastern Europe where chiropractic is much less common,” said Dr Niazi. “and we make our placebo intervention as similar to the chiropractic intervention as we can. There were clear differences in the brains of the participants between rest and cold-water tonic pain conditions. You can see this [in figure 2 of the paper] where the brain regions are lighting up in a different manner after putting their hands in the cold water. After the placebo intervention the participant’s brain’s changed less the second time they put their hand in the cold water. This is normal and is called habituation.

Dr Niazi explained it in terms of pain sensitivity and pain habituation (the latter being the experience of pain becoming less intense as you get used to it).

“That is the finding, and it’s really interesting. Pain habituation happens when you start to experience the pain and your body starts to set off all these processes that work together and then it habituates so you can cope with that pain.

In normal circumstances, the brain would perceive the pain and then pain habituation would cause the pain experience to decrease if you are repeatedly exposed to the painful stimuli.  However, it is thought that this kind of habituation might be one reason that people end up with faulty pain processing and be one reason people end up with recurrent problems that become chronic.

That is why it’s so interesting that in the chiropractic group, it’s like their brains were ‘reset’ back to the original way their brain responded, as if it was the first time, they experienced the cold pain. There was no pain habitation effect happening. What this might mean is that chiropractic adjustments can prevent the maladaptive brain changes that take place with repeated painful stimuli.

This may be one of the reasons why chiropractic care helps so many people who have pain, by helping their brain’s respond better to painful stimuli. This is about keeping the senses sharp and not dulling the senses through maladaptive plasticity. Maladaptive changes are what changes the pain experience from acute to chronic pain.”

This may be showing us that chiropractic care keeps the communication between our brain and body running at an optimal level. But of course, as science goes, there are always limitations. “This was a single session study only,” said Dr Niazi. Further studies are needed to assess the effect over time and to figure out to what extent it is clinically relevant.

At this point, though the results are exciting and an indicator of the effect of a well-connected brain and body, but there is much more work yet to be done.

“Based on this single study it is all inferences,” says Dr Niazi. “If your brain and your body are very well connected and optimally working, it can function better. If it is aware that something going wrong, then it can fix the problem. For example, if you hear some noises in your car, you can take it to the mechanic to get fixed. But if you don’t hear any noises you do not know you have a problem until it’s too late. That is what we think this basic science research we have been doing for the last decade is showing us. That chiropractic care makes the brain more accurately aware of what is going on, so it can function better.

Maladaptive plasticity and pain habituation are multifactorial things – for example, the brain can both depress the feelings of pain or become more sensitive to pain. These are just two of many pain stimulations processes that the brain can choose as it tries to cope with actual tissue damage or even just the potential for tissue damage. Our study is just one small study exploring a much bigger topic – how the brain processes pain, how this relates to how we feel pain and what role chiropractic care plays in all of this.”

We are a long way from being able to state the clinical applications, but the data is telling us there are changes, that the chiropractic intervention is again changing the way the brain ‘normally’ responds to stimuli.

“Please keep in mind there is a big difference between a basic neuroscience guy and a clinician,” laughs Dr Niazi. “We, as basic neuroscientists, deal in the realm of ifs, buts and maybes. We look to understand how something works.  We are trained to question things. It’s hard to say for sure what the clinical applications are at this point. We need to know how long the changes last, how many doses have the best effect, what chiropractic techniques work best, does the skill level of the chiropractor matter, do these plastic changes seen with chiropractic care prevent pain from becoming chronic, etc.

“But better understanding of how something works sets us up very well to design those future studies and helps us know what we need to be careful of. With more studies around this, we will also hopefully be able to better explain exactly how chiropractic care improves brain-body communication, and what aspects matter the most to ultimately improve patient’s clinical outcomes. That’s the hope.”

Dr Niazi, Dr Heidi and the NZCC lab has a lot coming up in terms of new science: from follow-ups in the pain space, to more work on stroke and even artificial intelligence harnessing big data to offer up more insight on the applications of chiropractic care in rehabilitation (for example).