Superfoods – How Much Is Too Much? 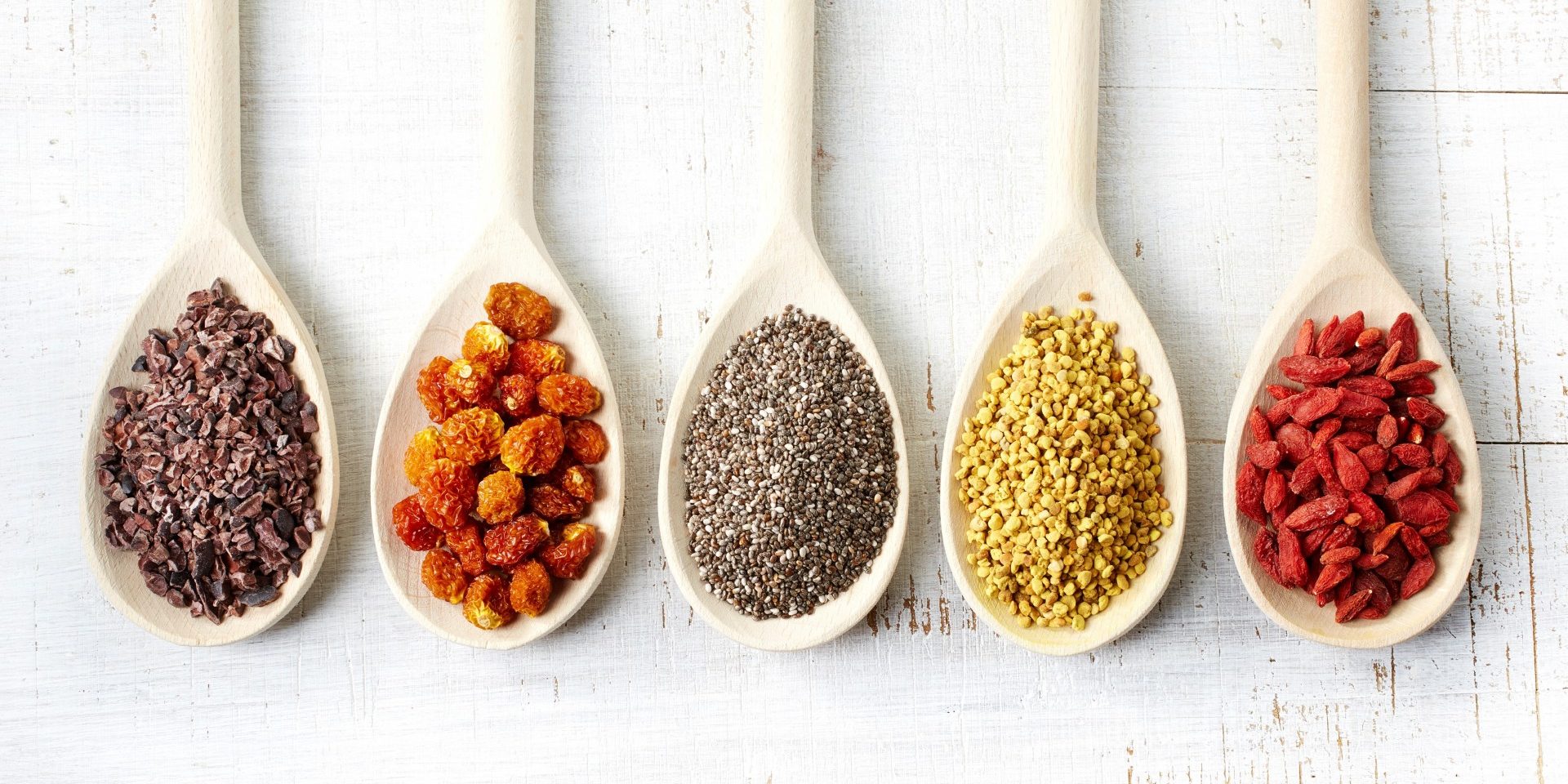 Enter the term ‘superfood’ into a search engine and you’ll get a plethora of slick articles telling you all about the ten superfoods you need to be eating to cure all your health issues, the fifty must-have superfoods you need in your pantry, and the list goes on. These antioxidant rich foods are praised for their detoxing properties and praised for their ability to help you slim down, bulk up, get pregnant, recover from inflammation, cut your risk of cancer and diabetes and much more. But nestled in amongst the ‘ten easy steps’ type blogs are some valid questions: are they truly superfoods, or just super marketing tactics?

After turning 39 and taking the opportunity to go on a health kick, blogger Jo Abi [1] decided to eat only superfoods. While those of us who subscribe to the ‘everything in moderation mantra’ stood by and cringed, Abi plunged on into her superfood, super-health experiment. The result was not quite what she planned. “I spent the entire three weeks dashing to the toilet like had stomach flu. I didn’t feel too sick, aside from constant and mild nausea and I had to always be really close to a toilet.”

Some nutritionists advised this might have been because of too much fibre, or because of a sudden increase in antioxidants. Either way, we hope the end of Abi’s superfood journey involved a far more balanced approach to nutrition. It is interesting to note that she isn’t the only one questioning the validity or the ideal definition of the term.

Some researchers claim that, in addition to all the good things they may offer, too many antioxidants can also harm health. It does so by throwing out the pro-oxidant/antioxidant balance [2].

“While the antioxidants slow down the damage to muscles and other organs by the process known as oxidisation, the pro-oxidants speed it up. But too many antioxidants can tilt the balance and make it harder for the elderly to breathe and stop them from doing the exercise that could help them stay fit.

The researchers, from Kansas State University in the U.S. tested animals with different doses of antioxidants. Those that were given too much showed impaired muscle function, reported the study published in the Journal of Applied Physiology. We’re now learning that if antioxidant therapy takes away hydrogen peroxide – or other naturally occurring vasodilators – you impair the body’s ability to deliver oxygen to the muscle so that it doesn’t work properly.

It’s really a cautionary note that before we start recommending people get more antioxidants, we need to understand more about how they function in physiological systems and circumstances like exercise.”

In amongst the plethora of voices telling us what we should and shouldn’t be eating, is a voice that is simply telling us how. Nutritionist Cyndi O’Meara has a different take on the superfood issue.

“My definition of superfood is something you grow in your garden, you go out and pick, and you eat it straight away or soon after picking. You make a salad with those herbs and greens. You pick the veggies and cook them. You grow your own chooks.

The stuff we pick up on our supermarket shelves could be days old already so there are grades of superfoods. What people out there believe are superfoods are things like Camu Camu. Camu Camu in South America, when picked from the tree and eaten straight away is a superfood. Because it is high in a nutrient such as Vitamin C it is seen as something we should eat, but the only way it can get to you is if you dry it, powder it and bring it to us.

They are not fresh, live foods. They are foods that can help us supplement our superfood diet of real food, like a fresh kill of an animal instead of a processed and frozen alternative. That is my definition of a superfood.”

It’s an interesting twist on a debate that will rage for as long as humans eat food. But one thing is undeniable, the closer we are to our food source, the more benefit we get from it. Perhaps it’s time for a new definition of superfood.