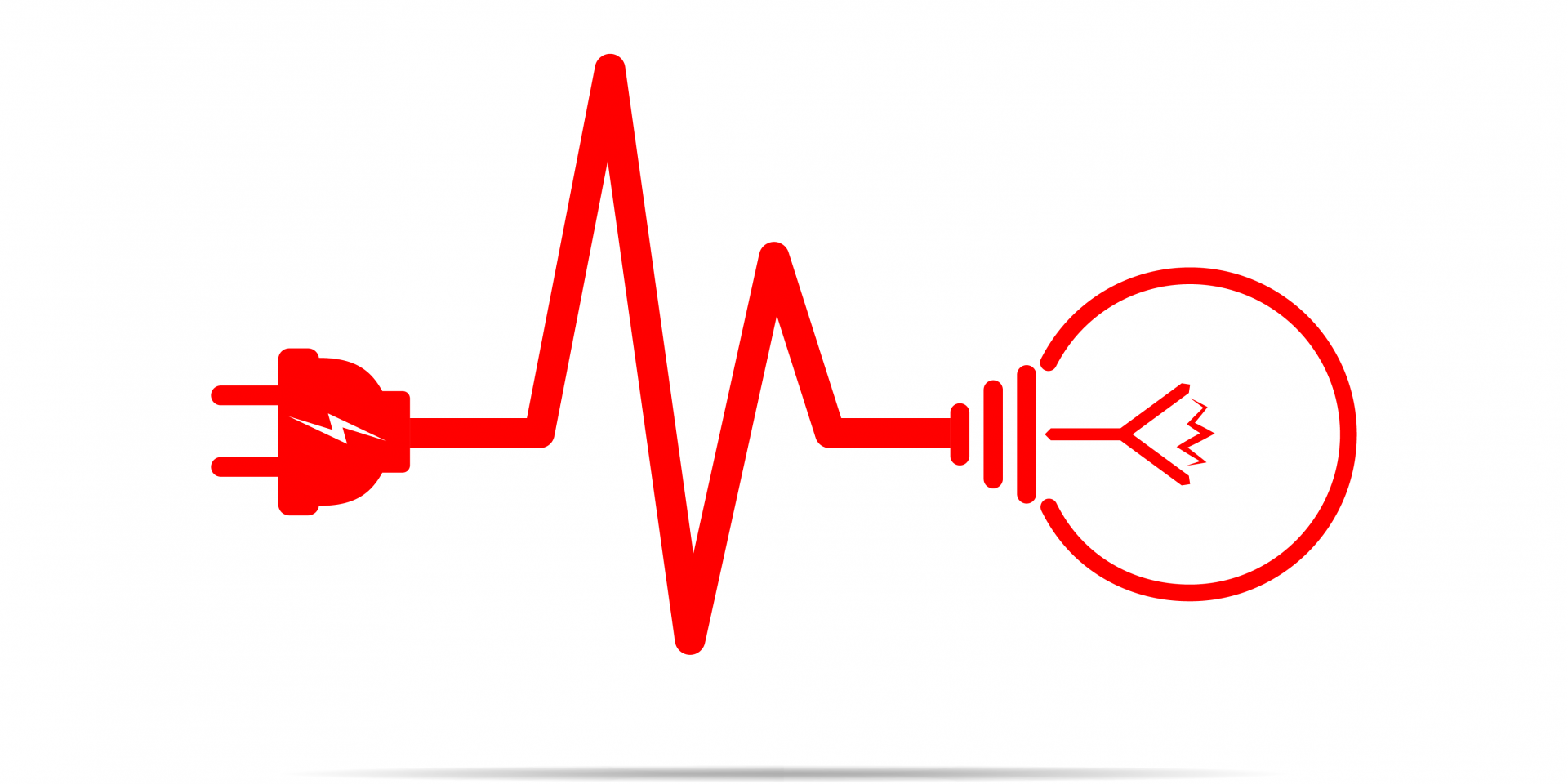 Living bodies are dynamic, open loop systems with definite boundaries that are characterised by a stable form and structure. The continued preservation of that form and structure requires millions of adaptive processes every second in a constantly changing interaction between the system and it’s shifting environment. Early models of this concept were described in the beginning of the 20th century by Walter Cannon as homeostasis. He conceptualised these processes as occurring locally and independently of the central nervous system and proposed a series of independent physiological systems that worked together in an effort to re-establish the conditions of the body when the system was initially perturbed.

Hans Selye built upon Cannon’s work, identifying stress as that thing which required a generalised adaptive responses from the body, prompting what he called “general adaptation syndrome” or “GAS”. Selye added an endocrine component to the stress response and proposed that there was either a neural or endocrine “common mediator”, which lay between the stressor and adaptive responses. This mediator would work to transmit generalised messages to all parts of the body and to active the GAS response. However, Selye’s work kept a number of the omissions in Canon’s original concepts, including neglecting to identify this “common mediator”.

Contemporary, 21st century models build on the work of Cannon and Selye and identify the brain as the principle coordinator of the ongoing adaptive processes between brain, body and environment (1).  Recent research relates health directly to the level of adaptive capacity retained by organ systems over the course of the lifetime and notes that “We observe the trajectory of life is characterized by the growth, plateauing and subsequent loss of adaptive function of organ systems, associated with loss of functioning and coordination of systems. Understanding development and aging requires the examination of interdependence among these organ systems. Increasing evidence suggests network interconnectedness and complexity can be captured/measured/associated with the degree and complexity of healthy biologic rhythm variability (e.g., heart and respiratory rate variability).”(2)

This view, in which health is a direct consequence of the capacity for adaptive responses within a dynamic environment, allows for something called prenosological assessment. This aims to assess the adaptational state of the body as it attempts to maintain optimal health at the cost of internal regulatory reserves in the face of shifting stressors(3).

Assessment of the adaptive capacity of the human body requires an assessment of the autonomic nervous system because the tone of the parasympathetic and sympathetic systems are essential determinants of the level to which the body is capable of marshalling its regulatory reserves to deal with stress. Heart Rate Variability (HRV) has been used for decades to assess the tone of this system, and the data is interpreted in a number of different ways.

HRV is assessed as a function of time, with the space between the ‘R’ point of one heart beat and the ‘R’ point of another being referred to as an RR-interval. A single interval is relatively meaningless, but when multiple sequences are taken over a period of time it allows the calculation of the average variability of RR-intervals over time.

Calculated by squaring the RR-interval differences, adding those values and then deriving the square root of this sum – rMSSD reveals parasympathetic activity and it is recommended that this be calculated from a 5 minute ECG recording.  Higher rMSSD values are associated with higher levels of parasympathetic impulse tone. It is interesting to note that rMSSD values in young, athletic men and women were found to be 76.83ms, and 89.60ms respectively – significantly higher than the population average of 42ms(4).

rMSSD is found to have a high correlation to the high frequency range of the power spectral analysis and lowered levels of rMSSD have been correlated with cases of sudden, unexplained death in epilepsy.

This refers to the “percentage (p) of normal to normal beats that reach a threshold value of timing variability”. Normal to normal refers to the RR-interval between two heartbeats. The standard value of the threshold is 50ms difference. pNN50 would then be calculated by determining the percentage of beats in a five minute period (though it appears possible to take useful data from even shorter periods(5)) that varied by a minimum of 50ms. Task force recommendations are that a pNN50 of 3% as the threshold for high risk grouping be used while above this percentage is to be considered “normal”(6).

This represents the Standard Deviation of Normal to Normal (SDNN) RR-intervals over a period of milliseconds. SDNN describes the overall HRV, and encapsulates both short and long term variability.

A power spectral analysis of HRV reveals relative frequencies measured in Hertz (Hz), which have significant relevance to the sections of the autonomic nervous system.

The frequency band from 0.15-0.4Hz, this is thought to reflect the parasympathetic nervous system and is referred to as “the respiratory band” due to its relationship with inspiration and expiration. The cardiac centres inhibit vagal flow as one inhales, allowing the heart to accelerate momentarily. As you breathe out, the vagal flow increases again and the heart rate slows. This occurs from beat to beat and is referred to as “Respiratory Sinus Arrhythmia” (RSA)(7, 8). RSA is considered to be a fairly pure measurement of the parasympathetic system with the HF-HRV giving a representation of the degree of parasympathetic variation beat by beat.

The frequency band from 0.04-0.15Hz, this range is held to signify resting baroreceptor activity. Afferent information about baroreceptor activity passes through the vagus nerve to the nucleus tractus solitarius (NTS) in the medulla. Increased blood pressure fires the baroreceptors, which causes increased input to the NTS which triggers inhibition of the vasomotor centre and stimulation of the vagal nuclei. In the reverse, decreased firing due to low blood pressure causes sympathetic activation and inhibition of the parasympathetic system – which increases blood pressure. The LF-HRV value has more overlap from both sympathetic and parasympathetic systems and as such is not a pure measure of either. Most research tries to assess the sympathetic component with other methods and it is mentioned here merely for completeness.

Total power is the net effect of all possible physiologic mechanisms contributing to HRV that can be detected over 5 minutes and is held as reflecting the level of functional reserves of the regulator mechanisms(9).

There have been a number of studies done on the effect of chiropractic adjustments in different spinal regions on HRV.

The largest included 520 subjects and reported significant increases in the total power of HRV. The authors noted that their results signified a return to the healthy function of the autonomic nervous system once the chiropractic adjustment of the vertebral subluxation was complete(4, 10). The same authors conducted another study where chiropractors in private practice were provided with the equipment to perform HRV assessment before and after adjustments on 10 subjects. At each site, 8 subjects were monitored before and after a single adjustment and 2 additional patients were followed for a 4-week period with 2 HRV recordings per week. Data was collected from 96 chiropractors and then analysed.

At 4 weeks follow-up, the changes in SDNN, total power and low frequency components were at statistically significant levels(11).

In other work, chiropractic adjustments of the thoracic spine were found to cause an increase in the low-frequency to high-frequency ratio. This is perhaps not surprising given that the thoracic spine is a significant pathway for sympathetic impulses. It is worth noting that a study in which physiotherapists manipulated the thoracic spine in patients with chronic neck pain found no effect on the autonomic nervous system (as measured by a Wilcoxen signed-ranks test of papillary changes over time) and no significant difference in subjective experience of pain(12).

A more recent study on the differences between the effects of upper and lower cervical chiropractic care on blood pressure and HRV yielded interesting results. The authors set out to examine autonomic nervous system responses using HRV, a numeric pain scale and hemodynamic parameters. 2 groups of 10 people, one group of normotensive, asymptomatic volunteers and another group of normotensive volunteers complaining of acute neck pain were recruited and baseline data collected. The results showed a normalised unit of high frequency (revealing parasympathetic activity) was predominant after upper cervical adjustment and associated with a significant drop in blood pressure. Low-frequency to high-frequency ratio (which shows the predominance of sympathetic activity) increased after lower cervical adjustment in healthy volunteers. However, there was an increase in the SDNN, a decrease in the LF/HF ratio, which was associated with decreased systolic blood pressure and numeric pain scale scores following both upper and lower cervical adjustments in neck pain patients group.

Heart rate variability has been found to be related to a wide array of disease states.

One study on Sudden Cardiac Death (SCD) found that “In multivariable adjusted Cox proportional hazards models, each standard deviation decrement in SDNN, LF, and HF were associated with 24%, 27% and 16% increase in SCD risk, respectively. Low HRV is independently associated with increased risk of SCD in the general population”(14).

Researchers concluded that it is possible to use the spectral variance parameters of HRV to enable early discovery of altered cardiac regulation(15).

Hyperthyroidism have both been linked with changes in HRV with research showing a decrease in HF and LF suggesting a parasympathetic withdrawal and sympathetic dominance in hyperthyroidism(16).

Lower HRV is associated with the development of coronary heart disease in diabetics(18).

There is also a relationship between HRV and the time course of carcioembryonic antigen levels in colorectal cancer patients – with higher HRV predicting lower levels of tumour marker one year on independent of confounders(19). A recent study also found that vagotomies in mice injected with 4HTM breast carcinoma cells increased rates of intra- and extra-adrenal metastases(20).

Diminished prefrontal cortex activity decreases emotional regulatory control and attenuates autonomic impulse supply and then alters autonomic metrics – including HRV. This may have implications for mental health. It is noted that decreased cardiac vagal tone has been demonstrated in depressive states, and reduced complexity of HRV was found in schizophrenics(4).

The studies listed above are just some of the studies available in this relatively new area of study for chiropractic.  Many have limitations, such as small sample size, however they offer greater insight in to the effects of the adjustment of a subluxation on the nervous system and physiology of the human

HRV is not the only method of assessing the adaptive capacity of the autonomic nervous system. Dr. Rob Sinnott has suggested in his book “Sinnott’s Textbook of Human Adaptability” that, alongside HRV, chiropractors should also explore the use of impedance cardiography, respiratory rate variability, skin conductance level, paraspinal infrared thermography and salivary metrics such as alpha amylase, c-reactive protein, cortisol immunoassay and others(4).  Future research assessing the effect of chiropractic on these outcomes and the problems associated with or predicted by them offer an exciting area of endeavour for chiropractic in the coming years.

[9] Baevskii R, Berseneva A, Bersenev EY, Eshmanova A. Use of principles of prenosological diagnosis for assessing the functional state of the body under stress conditions as exemplified by bus drivers. Human physiology. 2009;35(1):34-42.