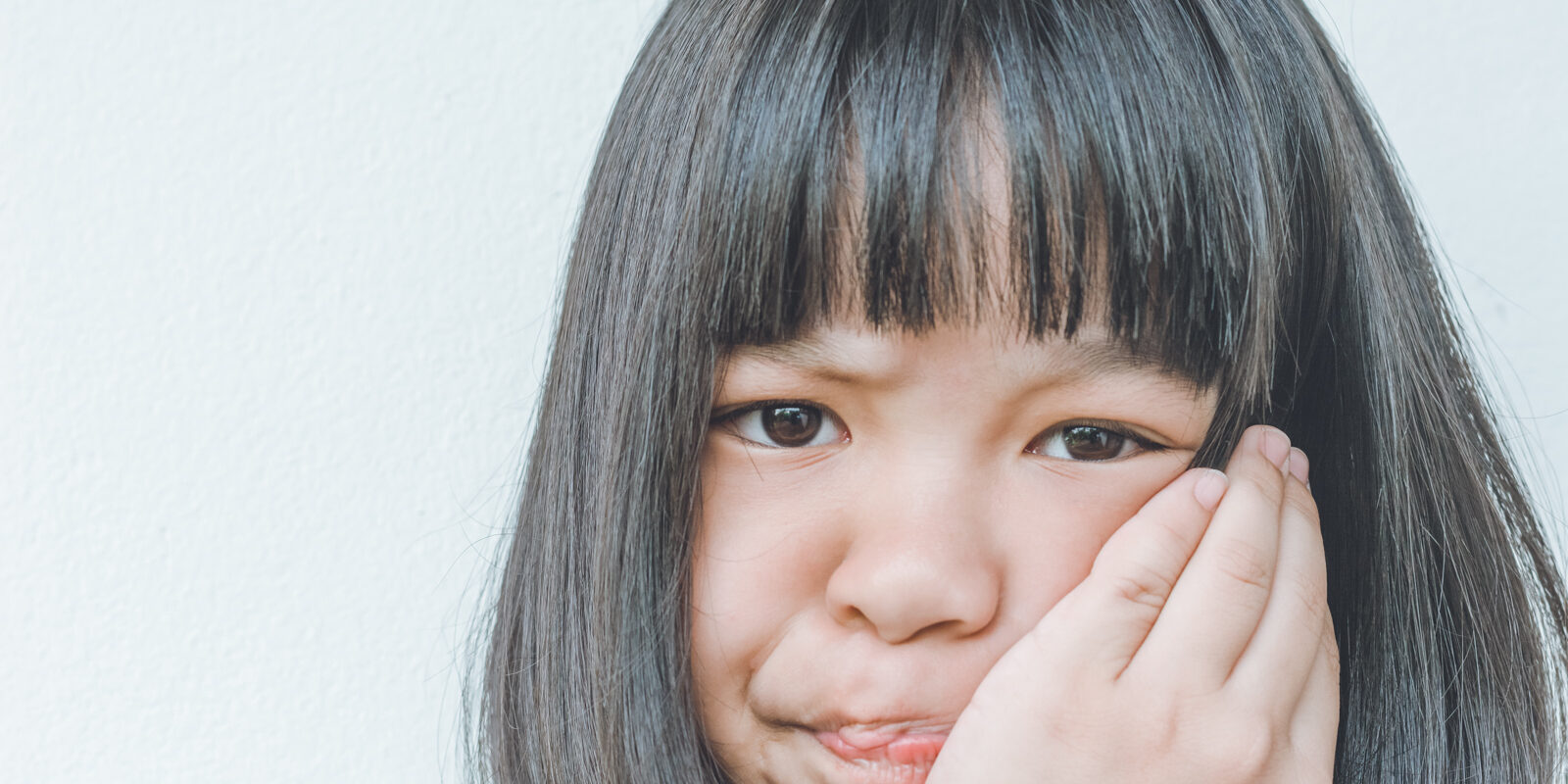 When we think of arthritis, we tend to think of middle age and older. But imagine being struck down with this autoimmune condition before you graduate from primary school. It beggars belief, but juvenile idiopathic arthritis does exist.  Previously known as juvenile rheumatoid arthritis, is an autoinflammatory condition typically causing pain in major joints such as the wrists, knees, elbows, and ankles – and we can only imagine how this impacts the quality of life for an active child.

While pain in the joints is common, other parts of the body can also be affected by juvenile idiopathic arthritis (JIA). Inflammation is driven by the immune system and inappropriately directed toward self-tissues such as the synovium of the joints. This condition can be the underlying cause of a variety of other symptoms and conditions, in particular temporomandibular disorders (TMD). TMD include disorders affecting the masticatory system, consisting of the temporomandibular joint (TMJ), masticatory muscles, and associated tissues. The prevalence of TMD is relatively high in adolescents (1). Aside from JIA driving TMD, which is a rarer cause, more common aetiologies include myofascial pain and disc displacement.

Distinguishing between TMJ disc disorders and JIA in adolescents is difficult, with the diagnostic accuracy of MRI for JIA of the TMJ being called into question (2). Symptoms of limited opening of the mouth and deviation of the jaw when opening can be predictive of inflammation of the TMJ synovium in those with a history of JIA; these symptoms are also often observed in TMJ disc disorders.

When it comes to the management of TMD in adolescents, there is limited evidence available to guide care. In cases without JIA there is a basis for the using a stabilising occlusal appliance (an appliance worn on the teeth) in preference to relaxation therapy or advice (1). However, in cases with JIA there is no consensus on TMD treatment. Medications such as methotrexate prescriptions (which have significant side effects and can be difficult to source prescriptions for based on your country and its specific laws as methotrexate is also an abortifacent) and corticosteroid injections into the articulating joint are often used. In the absence of a standardised management pathway, alternative care models have the potential to provide significant value. Management following a ‘stepped’ care plan, starting with the least invasive treatments first, is a common practice for other chronic conditions and may incorporate alternative care modalities.

There already exists some evidence supporting the efficacy of less invasive treatments such as manual therapy and acupuncture for TMD, but most of these studies include only adult participants, thus there is still a need for research in paediatric populations. TMJ disorders have been found to co-occur with abnormalities in the spine such as altered spinal posture and cervical spine dysfunction. There may also exist an association between TMD and cervical postural misalignment, abnormal global posture, cervical spine range of motion (ROM), lower deep cervical extensor muscle endurance, upper and global spine hypermobility, and strong evidence for an association between TMD and self-reported neck disability. Research suggests that spinal manipulation of the cervical spine may be beneficial for TMD, but there is less evidence supporting the use of thoracic spine manipulative therapy for TMD.

An 11-year-old female soccer player presented to an integrative hospital-based chiropractic office with a 1.5 year history of left TMJ pain. She also reported a limited ability to open her mouth, locking, clicking, an intermittent left temporal headache, rated her pain a 3-5/10 on a numeric rating scale, and had difficulty eating meat and sleeping due to pain. While she had been experiencing TMJ symptoms for over a year, they had worsened significantly in the previous two months when she was hit in the face with a soccer ball.

The details of the impact, such as the direction and location, was not determined. The patient had minimal previous sport injuries, only a left ankle sprain and a left forearm fracture. The only notable family history was that the mother had received a diagnosis of generalised hypermobility and peripheral joint osteoarthritis after ruling out inflammatory arthritis, and the father had asthma.

At the time of the soccer injury, the patient sought care from a paediatric otolaryngologist who ordered radiography and computed tomography of the TMJ. The findings were normal, and as such this provider considered JIA as the predominant diagnosis, followed by Ehlers-Danlos syndrome, and referred the patient to a paediatric rheumatologist. The rheumatologist orders laboratory tests which for significant for a positive HLA-B27, but all other factors assessed were normal including C-reactive protein, antinuclear antibodies, citrullinated peptide antibodies, rheumatoid factor, and others.

The rheumatologist trialled a few medications, with the long-term goal of anti-inflammatory medications. The family sought a second opinion from another paediatric rheumatologist that concurred with the original diagnosis and recommended intra-articular steroid injection in addition. Two maxillofacial surgeons were then consulted, with one recommending arthrocentesis and discussed the possibility of arthroplasty in the future, and the other agreeing with the use of methotrexate. The family then presented for chiropractic care on the recommendation of friends and colleagues.

Chiropractic assessment revealed a forward head posture and slight thoracic hyperkyphosis. There was significant tenderness to palpation of the left TMJ with a limited mouth opening of 20mm and slight deviation of the mandible to the left during opening. The patient was unable to open the TMJ without moderate to severe pain. Findings from the cranial nerve examination were normal, with no neurological deficit noted in the upper extremities. Her gait was normal and spinal ROM was full. Additionally, no abnormalities were detected in the lumbopelvic region with regards to posture or palpation findings.

The chiropractor considered the patient to have a mechanical issue of the TMJ rather than a primary diagnosis of JIA. This conclusion was drawn in view of the soccer injury, displacement of the TMJ discs noted in the MRI, and the absence of clinical, symptomatic, and laboratory features typically observed in JIA patients. As such, the chiropractor designed a course of care involving myofascial release, proprioceptive neuromuscular facilitation, spinal manipulation, and exercises. Gentle extra-oral myofascial release was performed for the TMJ muscles including the masseter, temporalis, and pterygoids on both sides of the head. Intra-oral therapy was not performed as the patient was unable to open her mouth sufficiently and was in significant pain. Proprioceptive neuromuscular facilitation involved TMJ opening, closing, and lateral deviation using light to moderate resistance, 3-5 repetitions for each movement to the patient’s tolerance.

Manual therapy was performed using HVLA manipulation of restricted areas of the cervical and thoracic spine (C0-1, C5-6, T2-4, T7). Ischemic compression was performed at the cervical and thoracic paraspinal muscles, upper trapezius, levator scapulae, and suboccipital muscles. The patient was directed on how to complete ‘jaw opener’ exercises at home, consisting of opening the jaw slowly and actively as far as possible without causing moderate or severe pain. She was also instructed to monitor these exercises in the mirror to avoid lateral deviation. Postural exercises designed to stretch and improve thoracic extension were also provided for her. Acupuncture was also recommended and she attended twice, with great tolerance.

The patient noted immediate relief following each treatment. The first three chiropractic appointments and two acupuncture sessions were conducted across the span of one month. At the third chiropractic visit, the patient presented with the ability to open her mouth fully without pain, locking, or cracking in the TMJ. Two months after this appointment her TMJ pain returned, rating it a 1-2/10, and prompted a fourth and final chiropractic visit. This saw a full resolution of symptoms. At an 18 month follow up, the patient was still not experiencing TMJ pain or locking, had no difficulty eating, and had no other significant health issues aside from a gluteal muscle injury sustained when slipping while running. The patient had never filled her methotrexate prescription, was not prescribed anti-inflammatory medication, and did not receive steroid injections, arthrocentesis, or other medical procedures for the TMJ.

What does this mean?

The clinical picture was suggestive, but not diagnostic, of JIA. Sudden onset of chronic TMJ pain in an adolescent can be indicative of JIA, and some cases do present with TMD as a first symptom, but the findings of the medical imaging (joint effusion and bone marrow oedema) could also be explained by disc displacement. Although the results of the laboratory tests could not rule out JIA, HLA-B27 positivity is associated with a reduced risk of TMJ involvement in JIA. Overall, the diagnosis of JIA no longer fit; the patient’s response was rapid and sustained without the use of anti-rheumatic or anti-inflammatory medication. The authors of the study cited that only 7% of patients with JIA would achieve remission without medication in this timeframe.

This in itself is a significant finding of the study.

This case promotes the use and potential of conservative management options for TMD patients. The authors propose that treatment of the TMJ may have facilitated the repositioning of the articular discs and restored mobility of the joint. The authors also suspected that treating the cervicothoracic spine as well as the TMJ was beneficial in improving posture and reducing the compensatory TMJ dysfunction.

As a case report, the results cannot be confidently generalised to a broader population. Similarly, the relationship between the soccer ball hit and aetiology of the patient’s TMD is unclear. As the patient’s symptoms were acutely worsened following the injury, it is plausible to assume it was responsible for the restricted mouth opening, disc displacement, and oedema. As there was no prior TMJ examination, nothing can be conclusively determined. A TMJ-specific outcome assessment questionnaire would have enhanced the results by tracking the patient’s progress over time.

As with every case report, there are limitations – and in this one the combination of modalities included acupuncture and home exercise means we can’t tell exactly which had the greatest impact. However, the likelihood is that chiropractic care did contribute to the resolution of a serious condition that was greatly impacting the quality of life of this child.

We would love to see more research on JIA and TMJ issues to see what emerges.