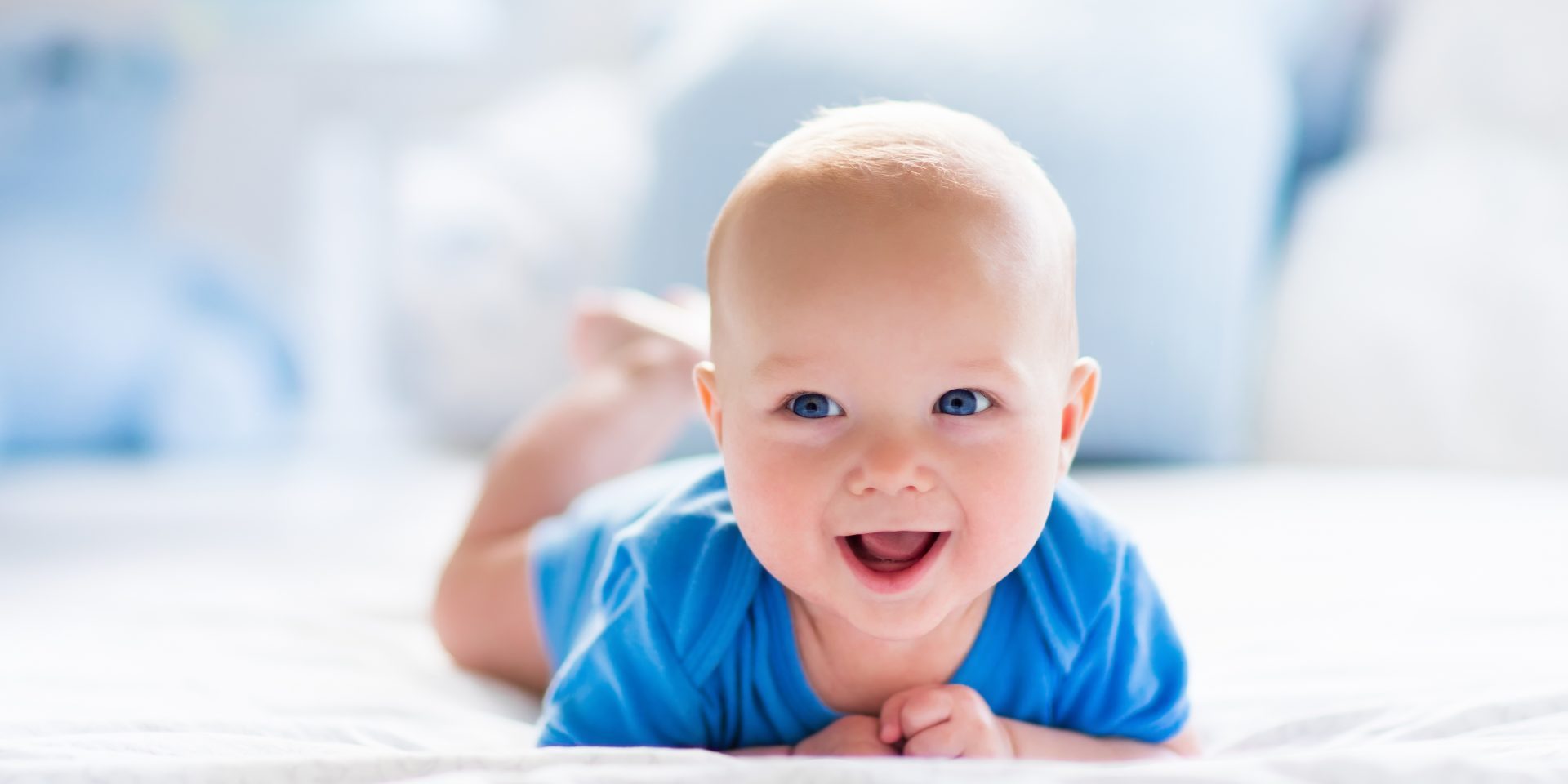 Few professions, and few patient populations within that profession, experience the unflinching scrutiny that seems fixed over the area of paediatric chiropractic care. Still, despite the ill-informed and ever-loud shouts of “There’s no evidence for that,” the knowledge bank keeps growing – and it’s full of good news. We now know that, when compared with other modalities, chiropractic care for children and infants is safe, gentle and effective [1].

Academic literature, to date, has never reported an infant or paediatric death due to chiropractic care, and serious adverse events are exceptionally rare [1, 2]. But every chiropractor is an ambassador for our profession. Thus, it’s prudent to keep an eye on the research so we can continue to fly the flag. Here’s the latest on what the academics say about chiropractic care and kids.

The Science Doesn’t Match the Rhetoric

The area of paediatric chiropractic research has some unique challenges to it. First among these is the ethics question. Gaining ethics approval to undertake a randomised controlled trial using minors isn’t something easily done. This challenge has left researchers with little option but to lean on articles already published for analysis. Thus, systemic reviews of literature are our best guide, followed by case studies and case series that reveal positive responses to chiropractic care.

They do indeed exist, with recent offerings covering the true state of evidence about serious adverse events, and systemic reviews covering the important issue of force measures and technique choice for infants and children.

Time does not permit us to cover every case study that has shown positive improvements in function for children under chiropractic care. What we do have though, is a number of significant systemic reviews that have been published in reputable journals, like the Journal of Manipulative and Physiological Therapeutics, in the last five years.

Far from echoing the hyperbole of mass media, this work clearly indicates that chiropractic was and is safe, gentle and effective for infants and children [1,2]. In fact, it shows that chiropractic care has a remarkable track record for safety.

That systemic review, authored by Dr Angela Todd et al, followed a significant cross-sectional study undertaken by Dr Aurelie Marchand and published in 2012 [2]. Marchand’s work saw 956 European Chiropractors respond to an in-depth survey on their paediatric practices. The report in its fullness is well worth a read (reference provided below). It reported a total of 19,821 paediatric patients per month for the study cohort. Adolescents were the most frequently seen among this group, followed by children from birth to 23 months. A total of 557 NSE’s [negative side effects] were reported over the past year by 791 chiropractors in this group. “543 were mild (95.9%), 23 were moderate (4.1%) and none were severe. The estimated total paediatric population over the past year was 237857 for an estimated NSEs rate of 0.23%.”

Chiropractors involved in the study commented on the speed and force used for their paediatric patients. The vast majority (93.9%) did not use the

same force as what they did with adults and 71.7% did not use the same speed [2]. This paints a picture of a much gentler practice, which is altered to suit the age and tensile strength of the patient. And so it should. Technique selection and force considerations should be paramount in every chiropractic adjustment, not just those delivered used to care for our younger practice members.

This was echoed by a similar survey, by Pohlman et al in 2014[3], which sought input from chiropractors in the USA who specialised in paediatric care. It had a slightly broader focus, including 12 patient safety dimensions, quality issues, information exchange and overall clinic ratings. Whilst the authors of the study did flag future research as needed, it did once again paint a picture of a highly conscientious profession which views itself as very good or excellent when it comes to patient safety.

The question of force and tensile strength is one to which several studies and systemic reviews have given analysis. This is a subject for the second article in our paediatric series. For that you’ll have to wait, but the scoop is that it will lead us once again to Todd et al, and Marchand. Todd et al [4] examined the forces of commonly used techniques for children and found that “technique selection and application by chiropractors treating infants and young children are typically modified in force and speed to suit the age and development of the child [4].”

Techniques examined include the activator instrument, the sacro-occipital technique, touch and hold technique, toggle technique, drop-piece table, spinal mobilisation and electrically assisted mechanical adjusting instruments. Todd et al painted a very clear picture that technique selection and modification of force to suit the patient’s age and development, along with the importance of taking a thorough history, are absolutely essential parts of every paediatric appointment (more in this in part 2 of the paediatric series).

The Gonstead technique was notably absent from this list, and may turn up extra information. But the authors of the review found inadequate measures of force in any published work on the topic and thus it was excluded from the review [5, 6].

What to do with the research

As chiropractic professionals, we know the dialogue that hangs around the topic area. But if we are learning anything from the academic movers and shakers in this area, it’s that the science doesn’t match the rhetoric. Nor does this appear to matter to our tribe. There appears to be a growing number of savvy parents who know how to do their research when it comes to care options for their children.

That makes communication essential. We need to point them in the right direction, and not necessarily just when they walk into our clinics and ask for information. This could in fact be too late.

Chiropractor Dorte Bladt, a busy chiropractor with many young practice members, explains that the onus is on every chiropractor to know the research and communicate it whenever they can. After all, a lot of a parent’s research occurs before they walk in to our clinics.

“I have had very, very few people come in and say ‘the research shows (etc.).’ Research isn’t usually used that way. They will often have done their homework. They’ve looked it up. It’s very rarely a question of arguing. It’s more often a case of, ‘before I trust you, I’m going to be as informed as possible.’

This could just mean checking you out or checking out Facebook. People will look you up, not so much to argue against you but more to be informed,” says Bladt.

But there’s another aspect to research when it comes to in-clinic uses.

“It’s valuable for us too – as a communication tool,” she says. “It gives people tools to talk to their friends and colleagues. They can say, ‘This is what my chiropractor told me today. Research says…’ It is another avenue for making us appear more trust-worthy to the public. I’m not saying we are not, just that we’ve had a rough time in the public eye.

This is where research is so important. I’ve been a chiropractor for almost 30 years. I find that we are going a bit on what has worked before, on how it used to be. We really need to step up and realise we need to invest in our future. The world has evolved.”

“Research has, I think, many roles. A lot of parents actually do a fair lot of research before they show up in our practices. They would have some sort of idea of the concept of chiropractic and what we do. If we had more research, we could have that publically available to give parents some choice in the care that they choose. I think, yes, from the practitioner point of view it is essential. It is the external source of support. We know what we do works. We see it every day. Its nice to be able to say, ‘This isn’t coming from me. Research shows it.’ When we look at the strain we are being put under with regard to compliance in the health environment, we are being lumped in with other healthcare providers. But they are treatments. We are not. I think we need to have something that distinguishes us. We are not a treatment. We are a care.”

We can see that the power of research lies not just in empowering people to make informed choices and protecting our right to practice, but also in communicating with the people who can potentially benefit from chiropractic care. With computers and smartphones in every home, we never know when someone is looking at us or searching for answers when it comes to their child’s wellbeing.

We do have to be careful what we confidently claim, but we can also see that the evidence is there: chiropractic care for children and infants is safe, gentle and effective. Yes, proposed safety models and force measures to suit ages and stages should continue to guide a safety-focused approach to the precious little practice members we deal with. Yes, we need to continue to invest in research that can prove to the world what we know.

But we are not without evidence.

[1] Todd A, Carroll M, Robinson A, Mitchell E, (2015), “Adverse Events Due to Chiropractic and Other Manual Therapies for Infants and Children: A Review of the Literature,” Journal Manipulative and Physiological Therapeutics, Volume 38, Issue 9, November-December 2015, pp. 699-712, http://www.sciencedirect.com/science/article/pii/S016147541400178X

[2] Marchand A (2012), “Chiropractic Care of Children from Birth to Adolescence and Classification of Reported Conditions: an Internet Cross-Sectional Survey of 956 European Chiropractors,” Journal Manipulative and Physiological Therapeutics, Vol 35, Number 5, pp 372-379

[6] Todd A, Carroll M, Mitchell E (2017), “Response to Letter to the editor on “Forces of Commonly Applied Chiropractic Pediatric Techniques: A Review of the Literature,” JMPT, March/April 2017, pp.216