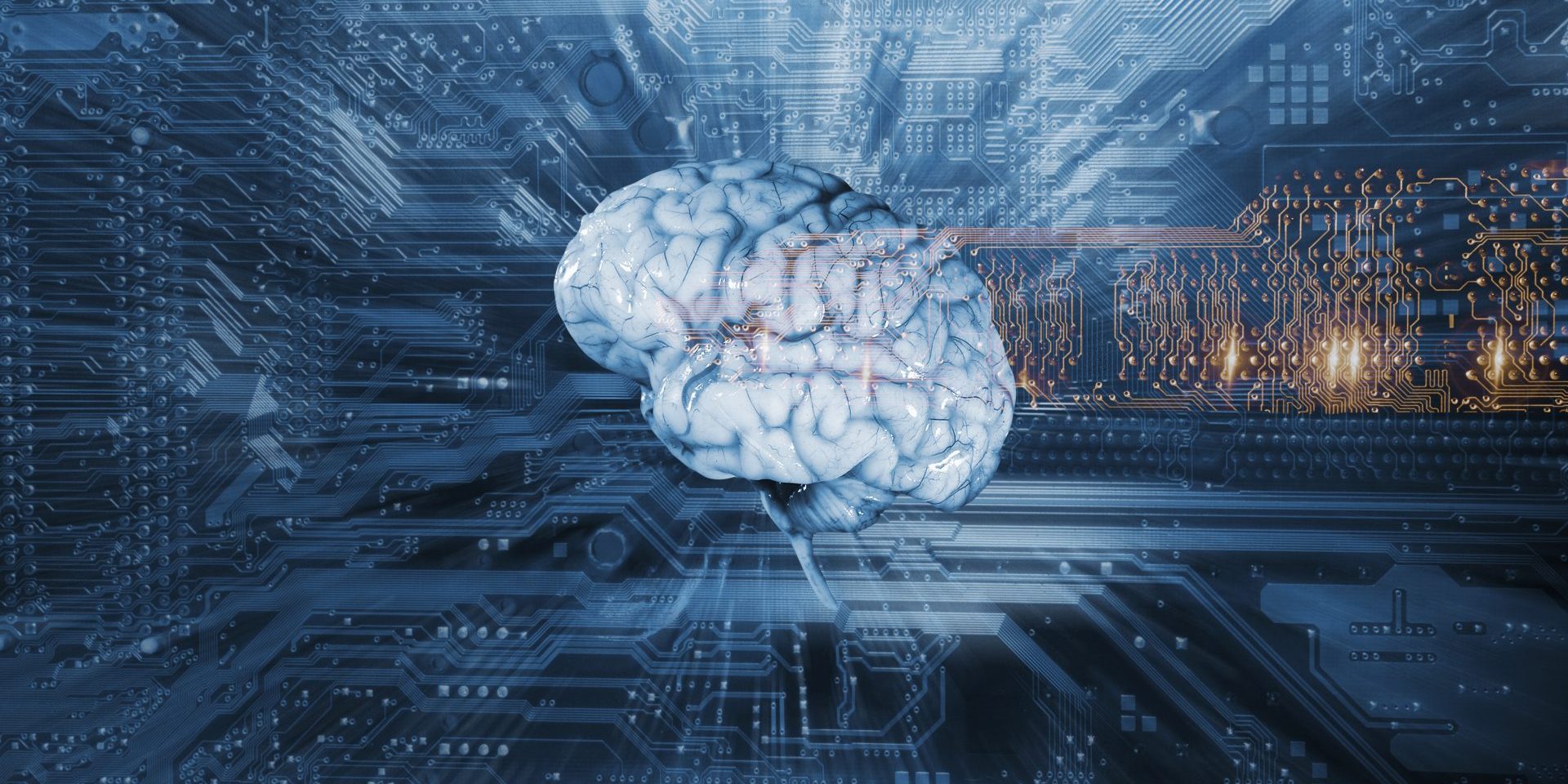 The Organisational Result of Intelligence

Humanity is now entering a period of radical transformation, and recent advancements in technology are providing generative conditions.  However, within one generation, we have become disconnected from ourselves through the use of artificial intelligence. As a result, we have disconnected from our own inborn intelligence. The answer to solving this emerging problem will come from philosophy.

Over the past twenty years, wireless technologies and the internet have become ubiquitous, affordable, and available to almost everyone. Right now a Masai warrior in Africa has better mobile phone capabilities than the president of the United States did twenty-five years ago.1  In other words, we are now living in a world of information and communication abundance. This is an exciting time to be alive.

With the advancement of new computational systems, such as artificial intelligence, robotics, 3-D printing, nano technology, and human-machine interfaces, it is estimated that within the next 10-20 years the vast majority of humanity will be able to experience what only the affluent have access to today.2

The Brain and Nerve System

The human brain, as far as we know, is the most complex and orderly arrangement of matter in the universe.  The basis of the entire nerve system, the brain is staggering in its capabilities and complexity.  And we are only beginning to uncover its secrets.  The basic cell of the brain is the neuron, of which there are ten billion.  This may seem like a large number; however, because of the principle of exponential growth, it requires only thirty-three doublings of the first neuron cell to arrive at ten billion. Life exhibits this principle that is inherent within. Our complexity comes for free.3

A real concern is that as the world moves further towards advancement of technology, we move away from our own organised intelligence, and disregard our magnificence.  We disconnect, as our focus and attention are placed externally rather than cultivating inner awareness.

Take the process of birth for example.  Birth today has become a technological experience where the natural process is being replaced with artificial procedures and schedules.  We are ‘handing over’ our responsibility to technology.  Furthermore, the attempt to control and intervene at any stage with obstetric technologies can cause interference to the natural process.  This is happening in many births today.4,5

The Power of Life

Chiropractic plays a vital role now and in the future as the world races ahead with technological growth.  Chiropractic is founded on vitalistic principles that relate to the universe, biological life and the human living organism.6  These principles are revealed when viewing life processes through the lens of organisation.  By understanding the intricacies of organisation, a deeper appreciation and awareness for life can result.  More people can become empowered to live harmoniously in alignment with these principles.  This is what I believe is needed.

As a parent, one can relate to the moment you first hold your baby and as they grow and develop, you recognise there’s something within your child.  And that something is life.  The inner wisdom, the spark that helps your child grow and adapt to the world around them.  Now, your child doesn’t have to think about any of that for it to grow.  It’s inborn, it’s innate.

All that surrounds the creation of life is innate, spontaneous and intuitive.  But how is it all orchestrated?  Where is the force manifested? The prevailing response to such questions would likely be genetic control mechanisms.  That genes control the entire process.  However, this explanation is limited.  The organisational result of intelligence can be observed when studying human development.

An ongoing enigma in biology is how genes contribute to the process of embryonic development that results in the production of a functional and coherent organism of specific type.  What prevents a human embryonic cell for example, from spontaneously differentiating into a giraffe cell?  This is where we find a major role of genes.  Genes constrain the possibilities open to cells.  Genes do not occupy any privileged positions, but rather provide boundaries within a specific type.

It is clear that genes participate. But they do not control.  Programming mechanisms referred to by “Nathanielsz (a noted researcher in the field of fetal development)” are epigenetic mechanisms whereby environmental stimuli regulate gene activity.  Genes do not turn themselves on and off.7

The wisdom of the body (innate intelligence) is the all-pervading, ever present essence behind the wonder that is conception and birth.  Take a look at the organised structure of the ovum for example.  We know from embryology that the size of the ovum is around 100 microns.8  That is the size of a full stop (period).  That means, that within the egg resides the intelligence of histology, embryology, nephrology, neurology, cardiology and all the other ‘ologies’ that make up the human being.  All the sciences are held within the intelligence that is pure potentiality.

In no other time in history is it more imperative that we share and teach these principles of life.  The result will be empowering people to re-connect with themselves and foster trust for their own body.  This can be achieved through the teaching of universal, biological and chiropractic principles.  It’s not the adjustment process alone that transforms lives.  It is the adjustment process married with the philosophy that allows people to transform their model of the world, with regard to their body, their inner wisdom and their health.  The true meaning of the word doctor is ‘teacher’.9 Teaching the principles then is a major role and responsibility of the Doctor of Chiropractic. Particularly as the world continues to utilise and interact with advancing technology.

The Power of Imaging

There is an opportunity to use the power of technology and artificial intelligence to understand more about our innate intelligence.  Around the world today there exist leaders outside the profession who are gaining insights into our intricate and complex organisation. Perhaps it would be beneficial to reach out and suggest a collaboration between these leaders and the chiropractic profession.

Dr Alexander Tsiaras, Chief Of Visualization in the department of medicine at Yale University, had a unique role.  His job was to write the algorithms and code for NASA preparing virtual surgery for astronauts going into deep space.  Using the latest in scanning technology, what they were seeing was novel.

They were looking at the ever finer detail of collagen. Researchers reported finding collagen throughout the entire body. The only place collagen changed its structure was evident in the corner of the eye. In the eye, it becomes a grid like formation and therefore is transparent as opposed to opaque. Based on his research findings he stated;  “So perfectly organized the structure, it was hard not to attribute divinity to it.”

Another opportunity Tsiaras had was working with micro-magnetic resonance imaging with the NIH.  Their job was to scan the developing fetus from conception to birth utilising these new technologies.  As they kept scanning and going deeper, the researchers were overcome by the intricate  order of the inner wisdom of the body and how it expressed itself and unfolded.  Commenting on the complexity of the unfoldment he stated “Again, this is beyond all comprehension.”10

As a profession we need to return to the teaching of chiropractic principles.    This can be done with the same level of excitement and inspiration as if learning the latest advances in technology.  This will ensure the people we serve can have the opportunity to connect with their own intelligence.  This is not difficult to do once you gain philosophical clarity and utilise some logic.  One way to empower the people you serve is to help them ask intelligent questions like “Why is the body producing this or responding this way?”  Rather than a symptom being ‘wrong’ with the need for it to be artificially suppressed.

Richard Swenson MD suggests “the next time you get a sore throat, swollen lymph nodes, or inflammation, remember that your body is doing battle on your behalf”.  “Don’t be irritated by the fever or discomfort.  Instead think about the billions of white blood cells that are dying so that you may live.”11

Another action step would be to consider completing the ACP Academy of Chiropractic Philosophers course.  It is a unique opportunity for in-depth study with some of the brightest minds, including Bruce Lipton, Bill Decken, and David Koch to name a few.  You gain greater depth in the philosophy with practical application across current thinking in biology, chiropractic research, adaptability and ethics .

Remember the definition of the term doctor?  Go out and teach.  Complexity comes for free.  You’re welcome.