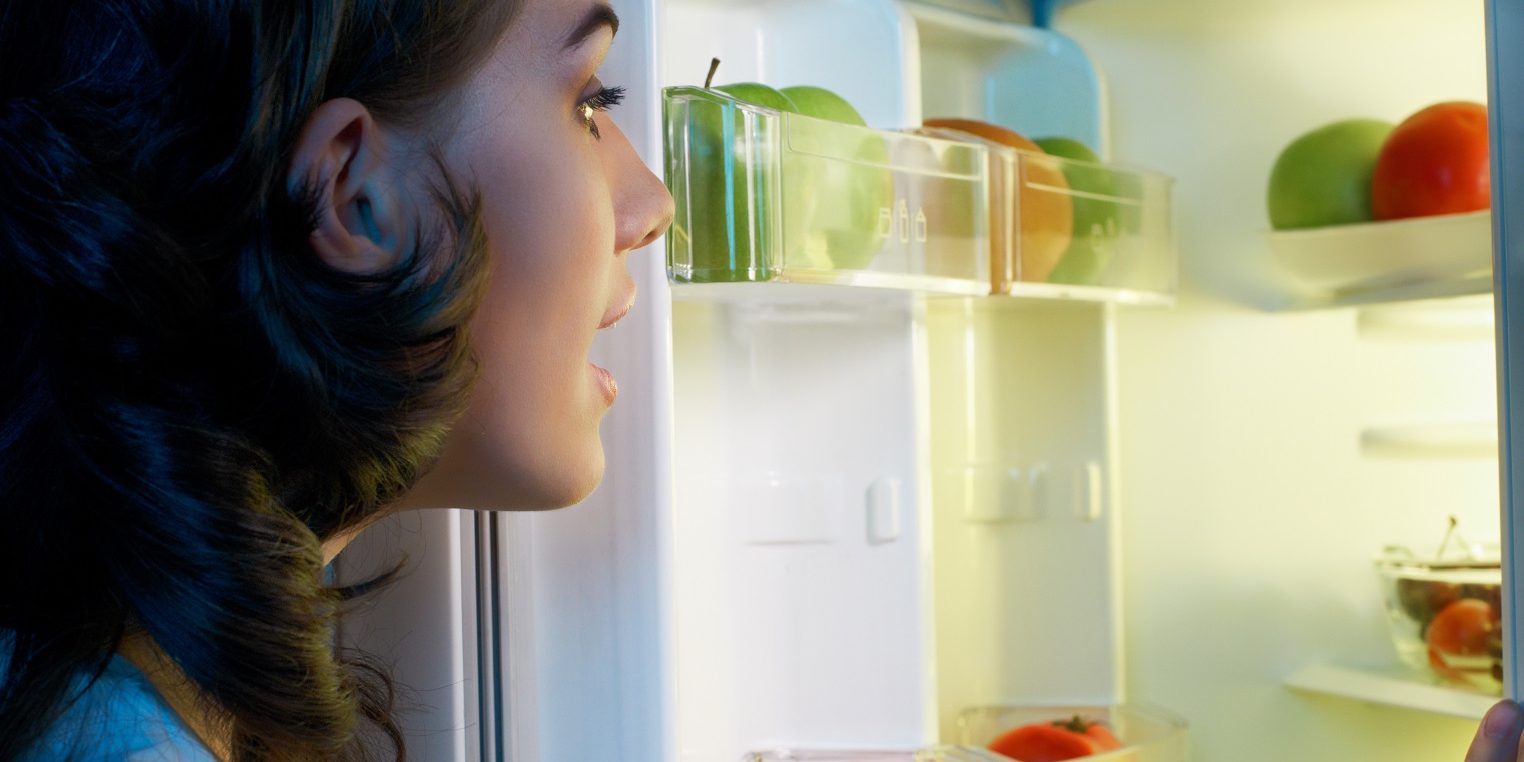 You know the feeling. It’s nine o’clock in the evening. You’ve had dinner. Technically you should be full. But you’re not. You’re opening the fridge and ferreting around for something sweet, something savoury. You don’t even know what you need but you need it. You just need that something more to make you feel satiated.

Or maybe you’re slumped on the couch watching television. TV that you don’t really want to be watching and isn’t even that entertaining. But you’ve finished work and even though you promised yourself you’d go for a run tonight you just can’t seem to find the grunt to follow through. The very idea of doing anything active is about as appealing as water torture. You’re exhausted. Well maybe not exhausted, but you may as well be for all the inclination you have to get off the couch.

You flick channels, there might be something better on another one, and you push the guilty thoughts of not exercising to the back of your mind. You’ll go to the gym tomorrow after work. Or even better you’ll set your alarm early and go for a run. That relieves your guilt and you head to the kitchen to see if there’s any ice-cream left over. After all, you’re going for a run tomorrow. You will burn it off.

But you won’t. And it doesn’t.

Even though you really, really want to.

Well you can breathe a sigh of relief. Turns out it’s not your willpower that’s at fault. Instead it’s a protein hormone called leptin that’s to blame. But that’s not strictly true either. It’s about leptin but it’s not specifically about leptin, it’s about leptin not getting through to your brain. But let’s start from the beginning…

Leptin is a hormone that tells your brain you’re full, that you’re not hungry anymore. And it’s also important in that motivating feeling that tells you it’s time to get up and get active. It’s the same hormone that our ancestors used to let them know they’d had a good feed, fat stores were up and now was a good time to go burn some calories – to go hunt the wildebeests.

Leptin, often referred to as the “satiety hormone” is secreted by the adipose cells, in other words, it’s made from your stored fat cells. Its job on the ground is to regulate your energy balance. We’ve all heard the old adage that if you match your energy in (eating) with energy out (exercising) you won’t get fat. Well it’s leptin’s job to regulate this energy balance by inhibiting hunger. It does this by acting on the receptors in the arcuate nucleus of your hypothalamus, which is, essentially, the hunger centre of your brain.

It stands to reason then that the more fat you have, the more leptin your body produces. Leptin crosses the blood brain barrier where it mainly acts to regulate your food intake, that is, to tell you that you’ve had enough bangers and mash and to put your fork down. It then motivates you to get off your bum and to go burn some energy.

This should mean that obese people feel very full. And be very active…

But here’s the thing, they aren’t. And they’re not.

So what happens to mice with no leptin? Well, they become very, very hungry and they don’t stop eating. And they don’t move much. Which is unusual for mice. Mice are always scurrying around, running on little mice wheels, being busy. But not these mice. These mice only ate. And they only moved when their food tray was moved from one side of the cage to the other. Researchers were startled by how rapidly these mice became obese. In fact, they became three times fatter than their normal mice counterparts. Now that’s a fat rat by anyone’s measure.

“Our analysis revealed that, these rodents develop obesity due to hyperphagia (excessive eating) caused by abnormal leptin/leptin receptor signaling with the subsequent appearance of T2DM (type 2 Diabetes)-like manifestations…”

“The most common and striking feature of all six leptin-related rodent models is their early and severe obesity. Homozygous ob/ob and db/db mice have severe, rapid, spontaneous and early-onset obesity that is first recognizable at about 4 weeks of age. Their body weight can reach three times the normal weight of wild-type controls.”

“Obesity in these models is primarily due to uncontrolled appetite, hyperphagia, and reduced energy expenditure, which are directly caused by leptin signaling abnormalities.”

What we now know from this study is that zero serum leptin levels equals obesity.

Which brings us back to obese humans.

Researchers surmised perhaps obese humans don’t produce leptin? That would make sense right? If there wasn’t any leptin in the bloodstream, then there’s nothing to tell the brain that you are full. So maybe that’s why we were all getting fat?

But as it turns out, that wasn’t the case at all.

Obese people did have leptin in their bloodstream, it just wasn’t being recognised by the brain.

In Part 2, we’ll look at the state of Leptin-Resistance, and the relationship that has with high insulin, with its effects on appetite and energy expenditure.