Chiropractic Care And Quality Of Life: What The Research Has To Say 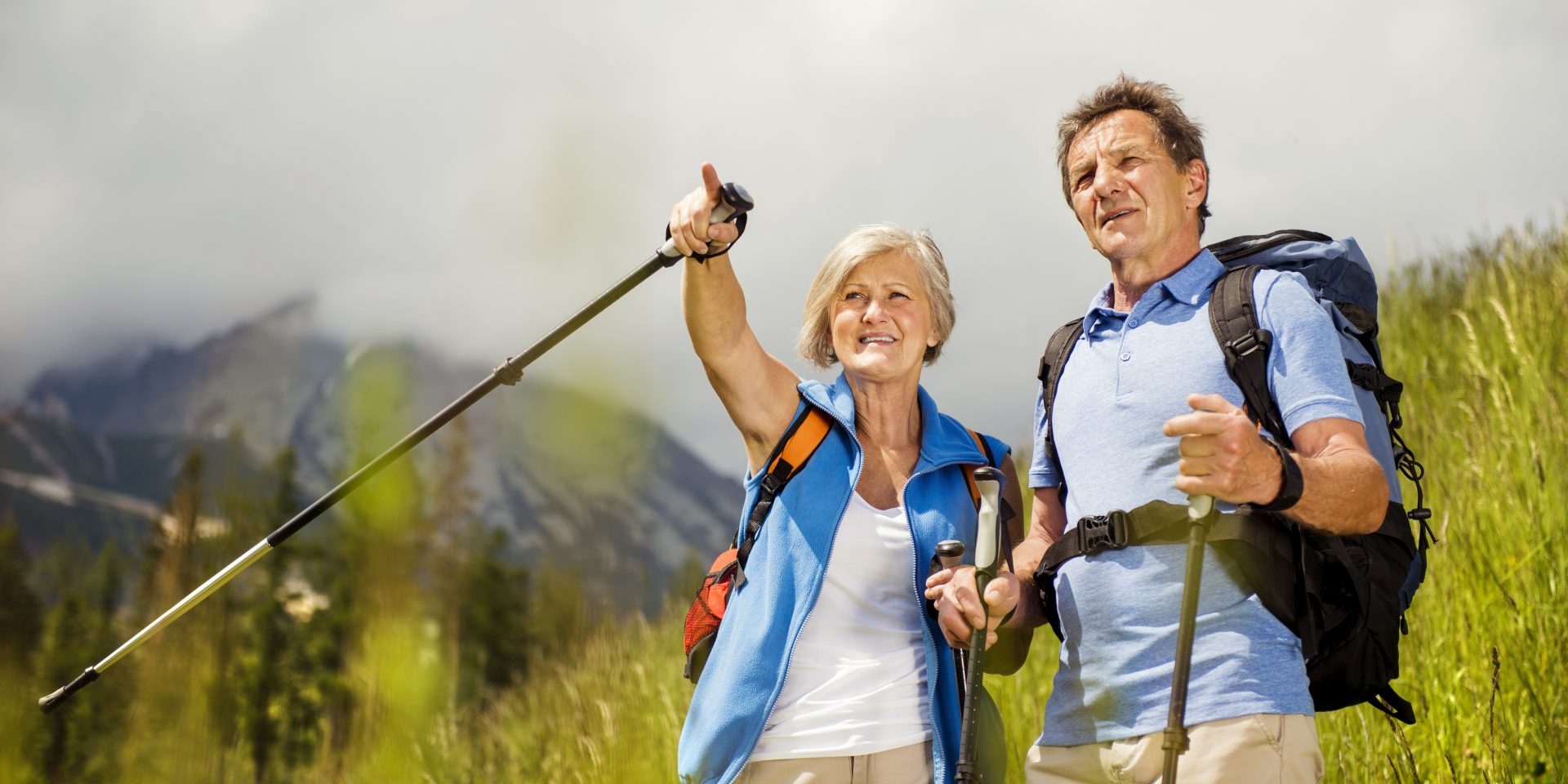 Thanks to advancements in many health-related fields, we are staying alive longer. But as life expectancies in developed countries reach new heights, an increasing number of people are asking important questions with regard to maintaining health and quality of life as they age. Indicative of this trend is the growing amount of money the Baby Boomer generation is spending on health. It seems we are increasingly concerned with quality of life, not just living longer.

The term ‘quality of life’ refers to a person’s ability to stay independent, and perform activities involved in daily living and participation in life. It doesn’t take much imagination to see how pain or restricted movement could impact on social, emotional and other areas of life. The term itself has been around since the days of Aristotle, but as much as it has become an important term in healthcare, it has also remained somewhat non-specific. How do we measure it, for example, and how do we collect reliable data to compare against the term?

QOL in through the Chiropractic lens

Quality of life (QoL) question is commonly measured by academics against eight criteria. Among them are physical health, leisure and social interactions, and overall experience of life [2]. Among chiropractic research circles, we are seeing a steady increase in case reports, case series and even a small handful of randomized control trials on the topic of chiropractic care and quality of life. There is, in fact, some evidence that chiropractic care can result in improved quality of life in patients.

Patient centred outcome measures (or PROMs) are common tools in the measurement of quality of life and, in chiropractic research, we are seeing an increasing in the use of PROMs to evaluate the impact of chiropractic care on QoL in people experiencing both musculoskeletal and non-musculoskeletal conditions.

Among these are generic measures, like the SF-36 tool, more condition specific questionnaires and pain scale measures. “The focus is often on the illness end of the health continuum as the tools are used to assess functional disability rather than QoL, “says Dr Tanja Glucina, author of a recent study examining chiropractors perspectives on QoL and its measurement in practice [3]. “Many chiropractors consider the disease model of care to be limiting and instead prefer a model of care that focuses on an individual’s global health, wellness and QoL. Feedback from PROMs facilitates a patient-centered practice; it allows the practitioner to monitor and provide information on patient progress, whilst also assisting patients to reflect and appraise themselves.”

Glucina’s study, which looked specifically at New Zealand chiropractors, provided some fascinating insight, as it is the first piece of research relating to practicing chiropractors perspectives on this important issue.  It found that:

“the idea of QoL is relevant to the chiropractic profession. However, coupled with a perceived unclear public identity and the predominance of the bio-medical model of health, the chiropractors in the focus groups found the communication of the concept of QoL a challenge. Many of the participants shared that they chose not to specifically discuss the concept overtly in practice, and only some formally assessed QoL through PROMs. Additionally, the study found that chiropractors were unclear as to how and when to best measure QoL in clinical practice. Focus group participants reported that the burden of time for patients to complete and practitioners to interpret the PROM were considered most significant in the lack of use in clinical practice.

Research oriented towards QoL communication and evaluation may contribute to enhancing the chiropractor’s ability to confidently articulate and assess QoL in practice. This can enable better patient care and quality of care which ultimately supports chiropractors to assist patients in achieving better health.”

The findings seem to indicate that we have an opportunity to better harness QoL as a means of enhancing communication and quality of care, but that at this point in time, it is somewhat poorly understood. Still, the evidence is there, although certainly there is always room for more. Study types range from randomized control trials, to case series/reports or pilot studies.

The Current State of Evidence

Though time would not permit a summary of every chiropractic QoL-related piece of published evidence, there have been a number of recent and/or poignant studies that are worth noting. In 2016, chiropractic researcher Dr. Kelly Holt (and team) published a randomised control trial looking at falls prevention in older adults. Among the study’s revelations was the discovery that:

“the chiropractic group… displayed small, statistically significant improvements in quality of life related to physical health when compared with a ‘usual care’ control. These results support previous research that suggests that chiropractic care may alter somatosensory processing, and sensorimotor integration and improve the physical component of quality of life [1].” (Read more on that study here)

Dr Holt’s study measured QoL using the New Zealand version of the SD-36 version 2.0 short-form health survey. Being that the length of the study only spanned twelve weeks, and the sample size was under one-hundred, some caution is advised while interpreting the results of the survey. Still it provides us with some evidence that chiropractic care can impact health related QoL, and Holt noted that “a small number of controlled trials have reported similar findings to those reported here in different study populations [1].”

What were some of those findings? Generally, the SF-36 physical component summary scores increased, with a significantly greater improvement noted at the 12-week mark as compared with the baseline, control group and 4-week mark. Whilst the primary purpose of that study was to investigate whether chiropractic care could contribute to a reduction in falls risk for older adults, it did prompt Dr Holt to comment on the study’s relevance to chiropractors and the issue of quality of life.

“In general, older people are underrepresented in many chiropractic practices. That’s a real shame and it may come down to a belief that they’re beyond help and just have to accept the inevitable decline in their health and function that comes with ageing. This study should give chiropractors confidence that they can help improve function in their older patients and that may have an impact on their overall health and quality of life. We should encourage older adults to get checked! [1]”

Holt’s work followed on the heels of a 2014 study looking at the role of the chiropractor in community-based falls prevention [5]. The study, entitled “Community-based falls prevention: lessons from an interprofessional mobility clinic,” concluded that chiropractors “can reduce falls risk through active screening,” and that “screening for falls should be done yearly for all patients 65 years and older or in those with a pre-disposing medical condition [5].”

Another study published in the Journal Manipulative and Physiological Therapeutics surveyed 1,057 (American) Medicare beneficiaries over the age of 70 in order to compare the effectiveness of treatment for uncomplicated back conditions. The study, which took place over two years, examined two treatment categories – chiropractic care and medical care. The authors found [6]:

Adding weight to the case for chiropractic care in enhancing QoL are a number of case studies and case series’ looking at the physical aspects of QoL. Whilst we can’t give case series’ the same weight as randomized control trials or systemic reviews, it pays to note the peer-reviewed case series that do exist. Some of them include:

The patient’s outcomes over 5 and a half months were quite notable. She subjectively noted “improvements in mobility with increased willingness to exercise in the form of walking. Other areas of her health including digestion, sleep, wellbeing, eating habits, toilet habits and stamina, we also reported to have improved at progress visits. Initial complaints of knee pain were not completely resolved, however, improvements to pain levels with reduction to 5/10 at worst (previously 8/10), and increased mobility were reported [6].” Her RAND36 and PHQ-4 scores, range of motion and spinal subluxation findings also improved significantly over time. Once again, the case revealed improvements outside of the original complaint.

The evidence is surely showing us something here – the evidence for the impact of chiropractic care on QoL is present and growing, and offering us an opportunity to enhance patient care through communicating QoL-related outcome measures. The methods by which we, as chiropractors, achieve this may yet remain a growth area in terms of data. But what an opportunity it is!