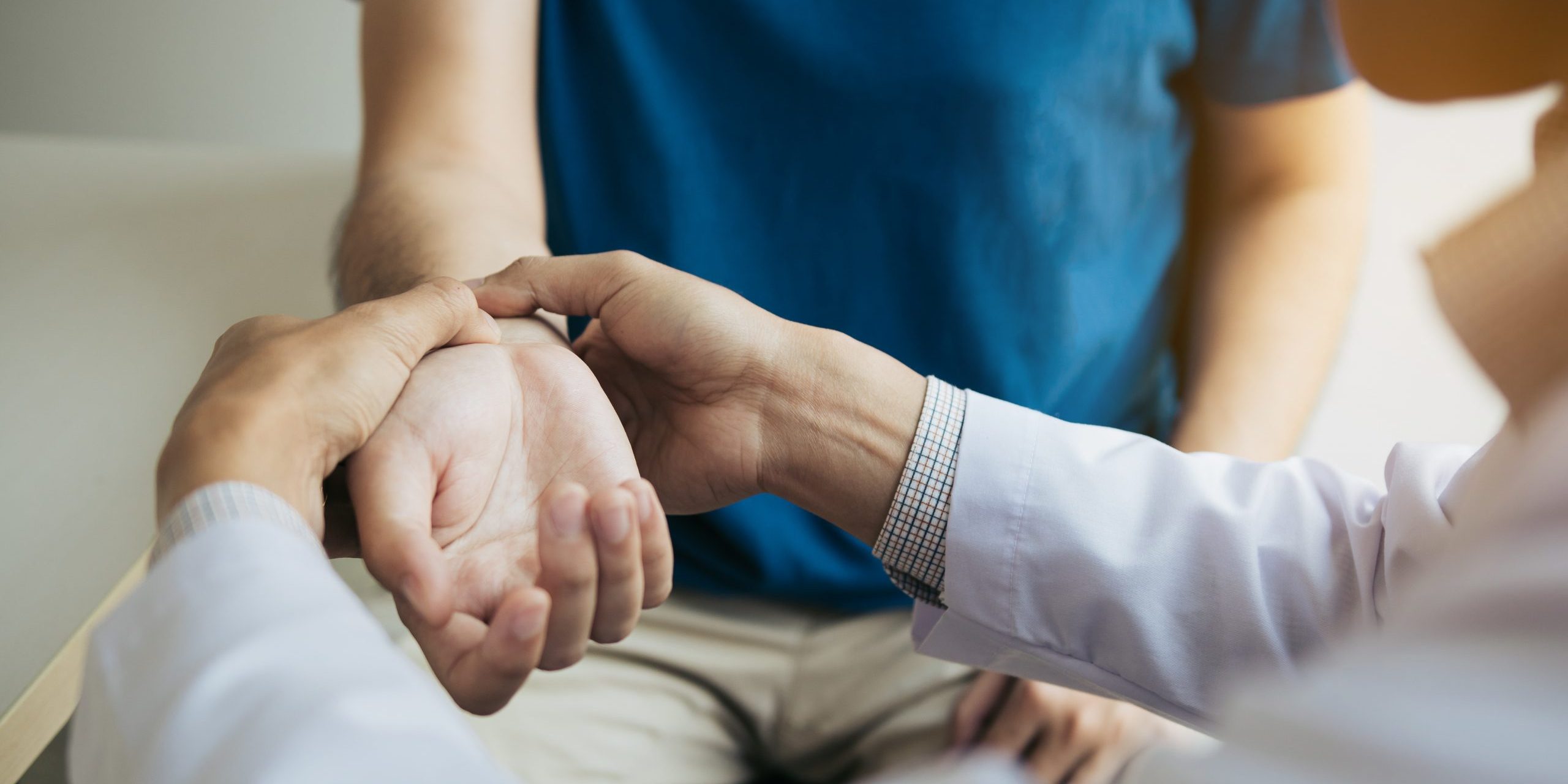 Carpal tunnel syndrome, a painful condition affecting the wrist and bringing numbness, pins and needles, pain and weakness, is said to result from compression of the median nerve in the carpal tunnel of the hand [1]. While risk factors include pregnancy, gestational diabetes or pre-existing nerve conduction issues, and women between ages 40-60 are most at risk, it can affect anyone. But is there more to carpal tunnel than the wrist alone? It appears the issue may not be as cut and dried as commonly thought, and that there may be a role for chiropractic in the management of Carpal Tunnel Syndrome (CTS).

According to the authors of a recent case report published in the Journal of Contemporary Chiropractic, noted, “Although the best evidence is for surgical treatment, usually non-surgical treatments are attempted first. The most evidence-based non-operative treatments for CTS are splinting/bracing and steroid injections [2].”

It is this that makes the recent case report so interesting. In the case report, a 29-year old male had been diagnosed with carpal tunnel syndrome and presented at a chiropractic clinic for management. His case, managed through Chiropractic Biophysics Technique and at home exercises, completely resolved while he was under care.

The patient had “a history of excessive occupational overtime, kickboxing and heavy lifting,” and rated his pain severity as 5/10 on average and up to 10/10. The pain was often worst between 3 and 4am and “all modalities had provided temporary symptom relief, but none had alleviated the issue [3].”

The full report, which can be found at the reference below [2], provides full details of the patients forward head translation, cervical kyphosis, overall increased lordosis, and right head translation. Interestingly, in the discussion on the case, the authors present the double crush hypothesis as a potential explanation for carpal tunnel syndrome in this case. They site Upton and McComas work which suggested, “axons that are compressed at one site (cervical spine) are especially susceptible to damage at another site (wrist) [3]. The also state that this work was later validated in further research by Massey, Riley and Pleet [4].

Furthermore, the authors explain that:

“As the nerves from the upper extremities arise from the cervical spine, we believe that the root cause of CTS is often from subluxation misalignment of the neck. This implicates that the correction of the cervical spine alignment would be the solution to CTS, as the ‘first crush’ in the double crush hypothesis would be eliminated; therefore, the ‘second crush’ would not be a sufficient enough of an irritation to cause symptoms.”

Thus, in the eyes of the authors, along with Upton, McComas, and other researchers, carpal tunnel syndrome may not just be a wrist injury. It may in fact be a cervical spine disorder.

As this was a case series alone, no generalization can be gleaned from this work. However, it is interesting to note that a complete recovery was made over the course of care, which lasted 12 weeks. His treatment comprised “spinal manipulative therapy, mirror image corrective exercises and cervical extension traction” over 13 weeks, during which 31 chiropractic sessions were undertaken. (Full details of the adjustments and the Chiropractic Biophysics Approach are in the report.). At the conclusion of the 13 weeks, the patient had experienced a complete resolution of CTS symptoms, “including neck and upper extremity pains as well as bilateral hand numbness” and his SF-36 (quality of life) questionnaire returned a dramatically improved result.

While this is an isolated case, the literature surrounding the double crush hypothesis means this is an issue in which further research would surely be desirable. Should CTS not be an issue isolated to the wrist alone, then chiropractic care may just find itself more important to the management of the issue than currently thought.

Make sure you jump online at journal.parker.edu in order to read the full report.