Can You Catch A Cold From Being Cold? 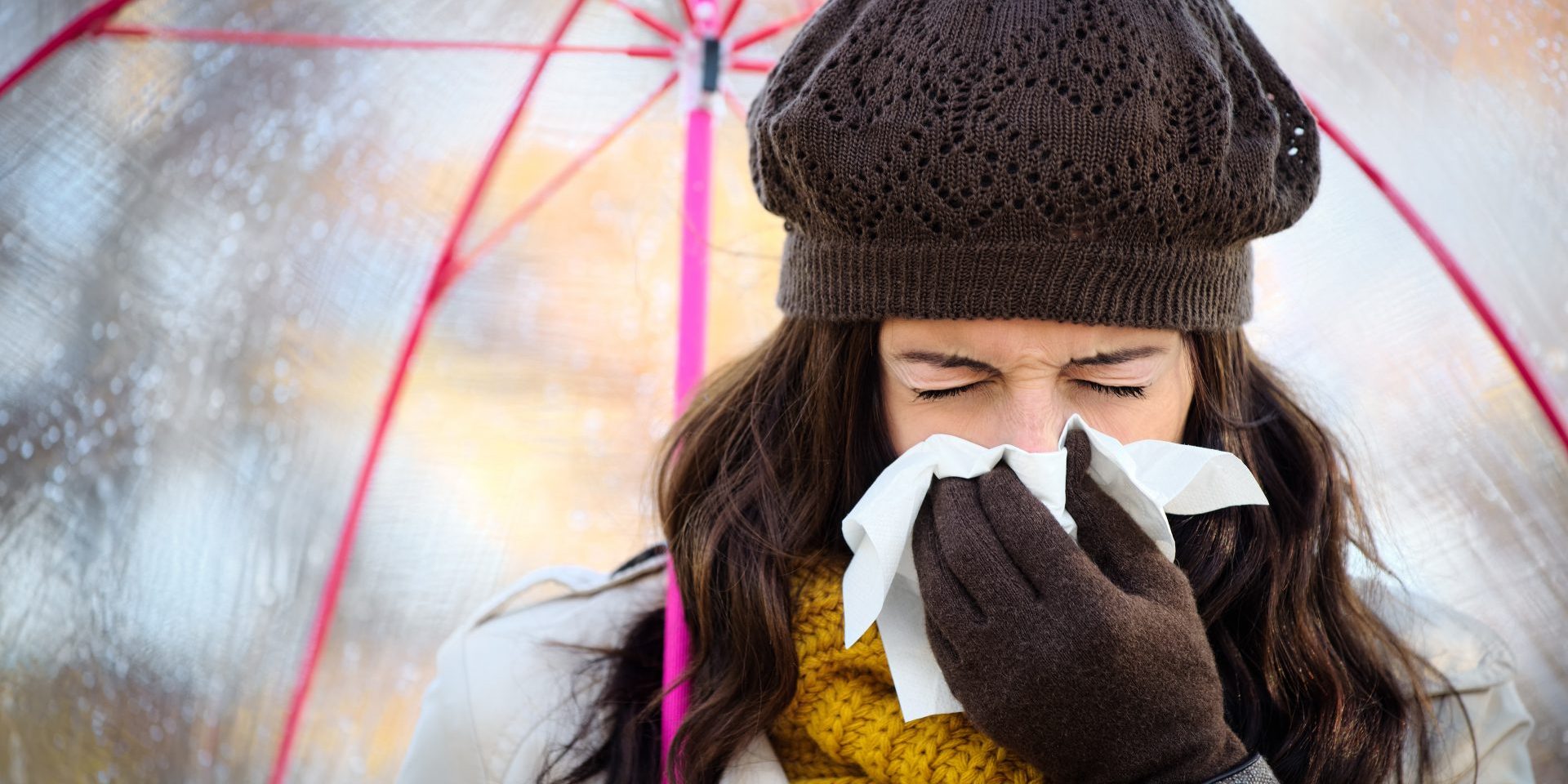 Winter has well and truly set in and as we rug up against the cold. Those common signs of sneezing and sniffling are all around us, so is it true, does the cold weather make us more susceptible to catching colds? Or is it just an old wives’ tale?

Turns out, when your Nana told you, “Put on a jumper before you go outside or you’ll catch your death of cold,” she might have been correct. In fact, science may actually agree with Nana.

Scientists at Yale University have been studying the effects of the rhinovirus (1). That’s the common cold virus that gets around and can make some people’s lives miserable. And they’ve come up with some interesting observations.

Most human rhinovirus replicate more robustly at cooler temperatures in the nasal cavity, at around 33°C than at a higher temperatures of 37°C. What the scientists went on to look at was the level of immune response in mice infected with a mouse adapted rhinovirus. To do this they monitored the epithelial cells in the mice’s airways.

When they had a look at the mice who had a core body temperature of 37°C, they found that there was a high expression of the antiviral response system to the rhinovirus and it was substantially more robust than at the lower temperature of 33 degrees.

Now just to put this in perspective. If our normal core body temperature is 37 degrees, going up or down a couple of degrees makes an enormous difference to our body. At 35 degrees for example, you’re body has gone into hypothermia.  So at 33 degrees you’re pretty darn cold.

So what’s the answer? Stay warm!