New Light On Antibiotic Use To Treat Infant Ear Infections 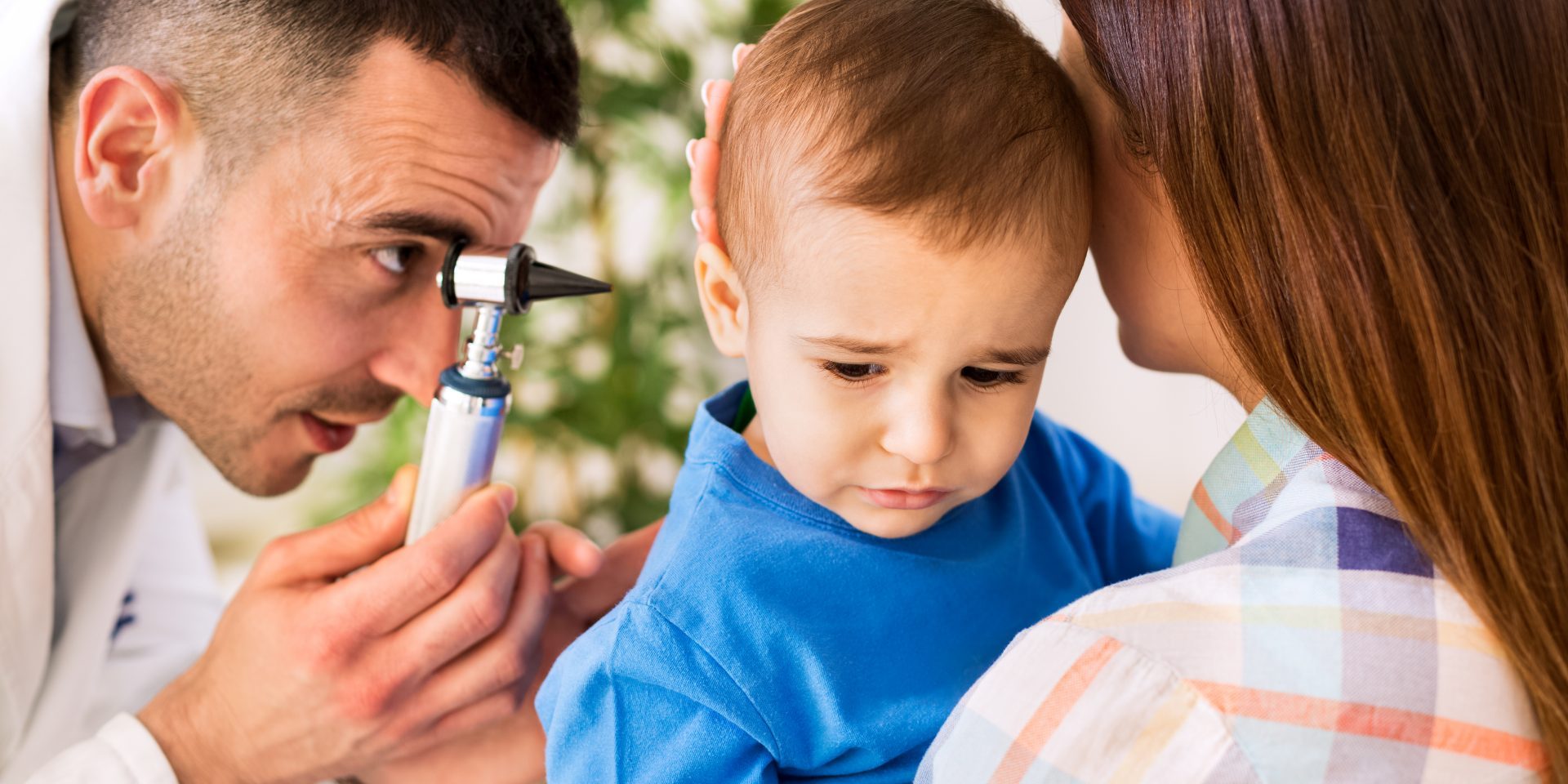 Sometimes when a piece of research lands in a reputable journal, it is heralded and celebrated. At the very least, it makes the science section of the big newspapers. Other times, research arrives with more of a whisper than a yell. Of the two categories, this piece of news fits more with the latter: it appears the use of an antibiotic in treating infant ear infections is only slight [1].

It’s a rare and lucky parent who hasn’t had to nurse a child through a painful ear infection (technically called ‘acute otitis media’ or AOM). The condition, marked by pain and fever with the potential to affect hearing, is the most common reason antibiotics are prescribed for children [2].  Despite appearances, the proverbial jury is still debating how to best treat this common issue.

With concerns surrounding the over-prescription of antibiotics and drug resistant bacteria, questions have been asked whether antibiotics are indeed the best course of action to treat the condition.

In 2011, two papers published in the New England Journal of Medicine raised the issue once again. The studies were said to be ‘the best evidence yet’ that “toddlers who have been properly diagnosed with the condition recover more quickly when treated with antibiotics [2].” More recently, the same journal published research saying short courses of antibiotics were less effective in the battle against AOM than long courses of antiobiotics (10 days) [3].

If that raises your eyebrows, then it’s wise to read on. Despite numerous randomised control trials examining antibiotic use and AOM over the years, no consensus has actually been reached. Hence, one group of researchers felt a thorough systemic review was in order.

That review was published in the Cochrane Database of Systemic Reviews in April 2015. The data was pulled from high-income countries with a generally low risk of bias, and covered participant numbers well into the thousands. It looked at all the available literature on the condition, applied certain exclusion criteria and found this:

The authors of the review observed that antibiotics seemed to be most beneficial in children younger than two, with infections in both ears and in children with both AOM and a discharging ear. Furthermore, the review found:

The authors commented on the risks associated with antibiotics, stating,

“Antibiotics caused unwanted effects such as diarrhoea, vomiting and rash and may also increase resistance to antibiotics in the community. It is difficult to balance the small benefits against the small harms of antibiotics in children with AOM. However, for most children with mild disease in high‐income countries, an expectant observational approach seems justified.”

It also lead them to comment that, “clinical management should emphasize advice about adequate analgesia and the limited role for antibiotics.”

This study isn’t the first to critique antibiotic use in AOM. Others include the following:

So there you have it. It appears that antibiotics aren’t a shoo-in for best practice when it comes to treating AOM. Expectant observation, according to traditional medical paradigms, is still the best.

We are yet to see conclusive research on chiropractic care and AOM. However, the role of the Eustachian tubes in draining the fluid from the ears and relieving middle-ear pressure is well known. Adequate mobility in the cervical spine is linked to this. It is unfortunate that the role of safe, gentle cervical adjustments has not yet been explored.

Should that research eventuate, you can bet your bottom dollar that we will be letting you know about it.