ADHD – A New Normal, Or Pathology Of The Brain? 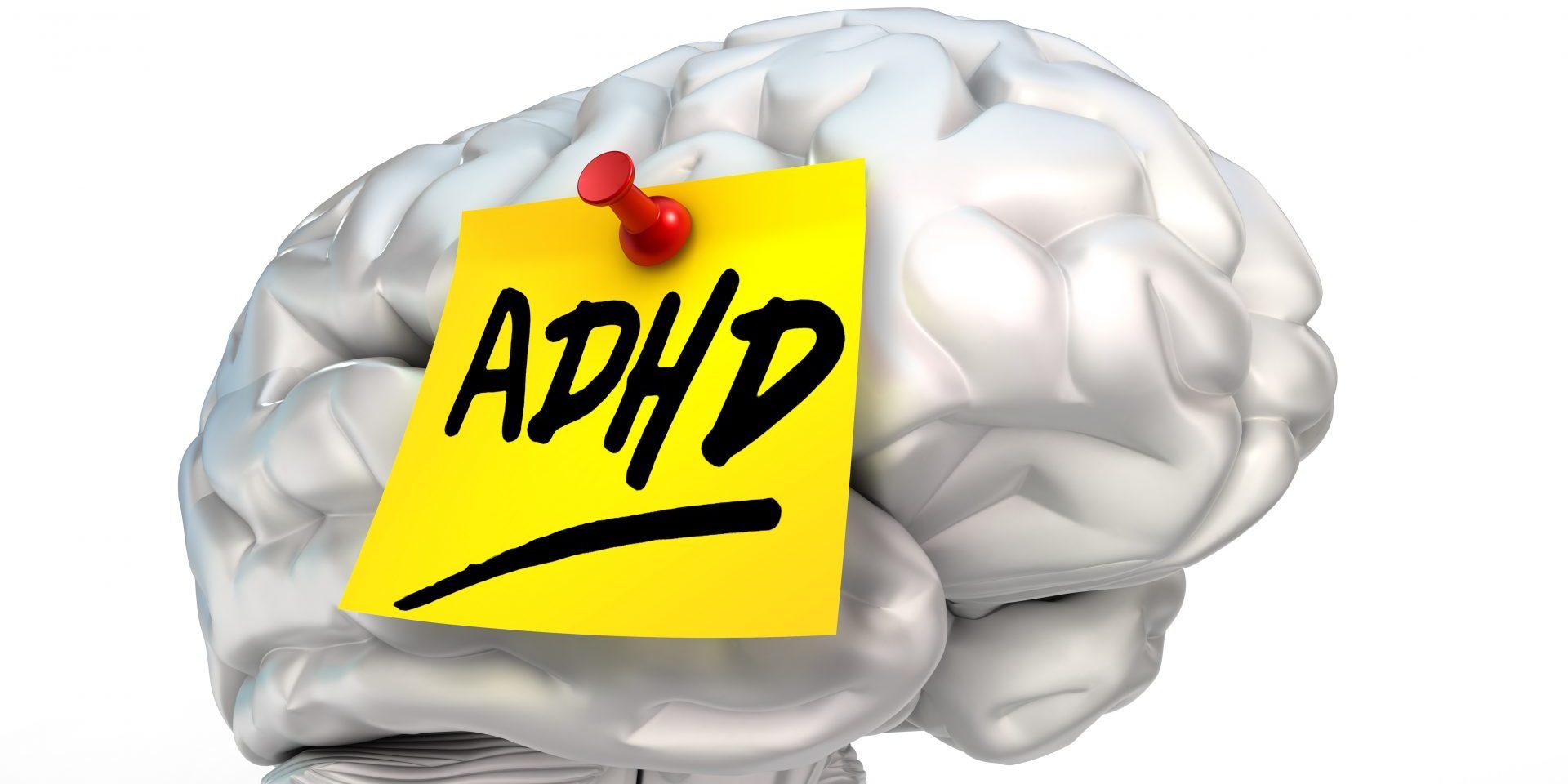 Ritalin (methylphenidate) and dexamphetamine are classed as schedule 8 drugs.

In the US, these drugs are prescribed to at least 6 million children for what we have come to understand as Learning Disorders (LD), which includes Attention Deficit Disorder (ADD) or Attention Deficit Hyperactivity Disorder (ADHD). These psychiatric labels are given to children who we are told have chemical imbalances in their brains, a medical problem, a brain disease, that requires sustained, long term medication to right the body’s incorrect auto-regulation.

One source states “The stimulant prescription rate for Australian children increased 34-fold in the past two decades. In addition to this more than 40,000 Australian children are on antidepressants and antipsychotics, some for ADHD including Strattera. Strattera is an antidepressant marketed as an ADHD drug with the strongest warning that can be placed on a drug in Australia, a “Boxed Warning” to warn of suicidal behaviour.”

These Schedule 8 drugs are prescribed to children as young as two years old. It’s worth noting that, being Schedule 8 drugs, they are classed in the same category as cocaine, opium and morphine. That’s a pretty big hit for a kid.

Methylphenidate is a dopamine reuptake inhibitor and dexamphetamine is a dopamine increaser. Not unlike the process of cocaine on the brain, your neurology is flooded with dopamine. And that’s essentially the pharmaceutical job of Ritalin. Like cocaine, it is a powerful stimulant with a similar chemical structure. It also increases the dopamine levels in the brain, blocking a dopamine transporter protein that normally takes up the dopamine from the synapse. The result is a build up of dopamine stimulating the Central Nervous System.

However, unlike adults consuming illegal drugs at a party, these drugs are affecting children, with developing brains that are being chemically altered.

The study (1) examined trends across a four-year period from the start of 2009. Its results show Australia has one of the highest rates of psychotropic medication use in the world.

Psychotropic drugs are used to treat mood and behaviour disorders and include antidepressants, antipsychotics and ADHD medications,” said the University of Sydney’s report in 2014 (1).

According to the American Psychiatric Association’s Diagnostic and Statistical Manual of Mental Disorders (DSM), used in Australia, symptoms of ADHD include:

But what if ADHD isn’t a brain disease?

What if the symptoms of ADHD are about redefining the normal spectrum of childhood behaviour? What if we are drugging our children and we’re barking up the wrong tree?

Neurobiologist Professor David Anderson (2) of the California Institute for Technology is concerned about our lack of knowledge about ADHD. He believes we need to stop colloquially seeing our brains as a soupy mix of chemicals that we simply add more or less chemicals to in order to rectify the neurology of the brain. Quite simply, our brains don’t work that way. You don’t treat it like a cake adding a bit more dopamine and sprinkle more serotonin in order to balance out the chemistry.

“There’s this traditional view that common brain disorders like ADHD, anxiety and depression are caused by chemical imbalances in the brain, as if the brain were some kind of chemical soup that just needed a little more salt,” says Anderson

His major concern is that these drugs don’t work predictably well and people generally stop taking them because of their adverse side effects. He compares it to pouring oil all over the engine in the hopes that the oil will eventually find the right area to drip into.

“It’s a little like trying to fix your car by pouring oil over the engine — some of it may dribble into the right place, but a lot of it will do more harm than good.”

Anderson believes that children taking Ritalin is essentially using the same process, believing that if you pump enough dopamine into the brain that you’ll eventually hit the right spot. But the brain doesn’t work very well when you bath it in a chemical. The brain is very specific and brain chemicals are released in targeted areas of the brain to elicit specific responses.

“Now, it’s not that chemicals are not important in psychiatric disorders. It’s just that they don’t bathe the brain like soup. Rather, they’re released in very specific locations and they act on specific synapses to change the flow of information in the brain. So if we ever really want to understand the biological basis of psychiatric disorders, we need to pinpoint these locations in the brain where these chemicals act,” says Anderson.

It’s why he believes drugs like Ritalin can have so many ill averse side effects.

Instead he suggests that the emerging view of the cause for ADHD is that it is disturbances in the neural circuits that mediate emotion, mood and affect. And if you’re viewing ADHD through this paradigm then the current treatment options that change a kid’s brain chemistry are not very well thought through.

“Many of the drugs that are taken for conditions like these were discovered by accident, not through an understanding of the underlying physiology of the disorder,” says Anderson. “It was just discovered that they work, and we don’t know how they work really or why they work.”

Medication over other options?

Anderson believes medicating children for ADHD should be a last resort. His major concern is what happens to the brain development of children who have been on these drugs for several years and how it will affect their brain function in the long run. His point is that the brain, after years of taking these drugs, is no longer the same brain that it was to start with. Its structure has changed.

“So you’re not just pouring oil over the engine — the engine is actually changing as a consequence of being bathed in engine oil all that time.”

Anderson also believes there’s the ethical aspect of responsibility by the pharmaceutical companies.

“There should be more public pressure on the pharmaceutical industry, and also on our federal funding agencies, to perform and support studies of the long term consequences of treating pre-adolescent and adolescent children with these drugs over periods of years, and to look at what happens as these individuals are taken off the drugs after periods of time.”

When we can properly understand how the brain is wired we can understand conditions like ADHD with more clarity. This field of neuroscience has made extraordinary progress and continues to every day. The advances are so great we can map the brain in ways that were unheard of fifty years ago.

Anderson is big on behaviour therapy and educational change to accommodate new learning/behavioural techniques. But that needs funding; it needs time-rich parents and teachers who have additional learning support in order to support children with ADHD. One of the upsides of medicating children is that it requires very little time.  Compare that to going to therapy twice a week or managing a classroom with disruptive kids. That’s a big plus for time-restricted adults. So this issue is not just a single layer deep.

What we don’t want to do is to rob a child of their fundamental right to their brain development by pursuing a course of medicated action without further research.

What’s the wrap up?

It’s a complex issue that requires a lot more research.

But that will take time.

“The thought that we’re going to unravel all of this complexity and come to a quick fix any time soon is overly optimistic,” says Anderson. “But at least we’re getting to know how high is the mountain we’re trying to climb.”

The question Anderson leaves us with is this:

Are extremes in behaviour a new ‘normal’ and not part of pathology of the brain that requires medication?

Is this something we can live with, our children being outside the bell curve? Can we adapt to this condition? Is it a condition that does better or worse with lifestyle changes, such as diet, physical therapy, or chiropractic care? Can treatments such as light therapy (3) improve some of the symptoms?  Should we be researching these questions before reaching for the bottle of pills?