Adrenal Exhaustion The Curse of the 21st Century? Part 1 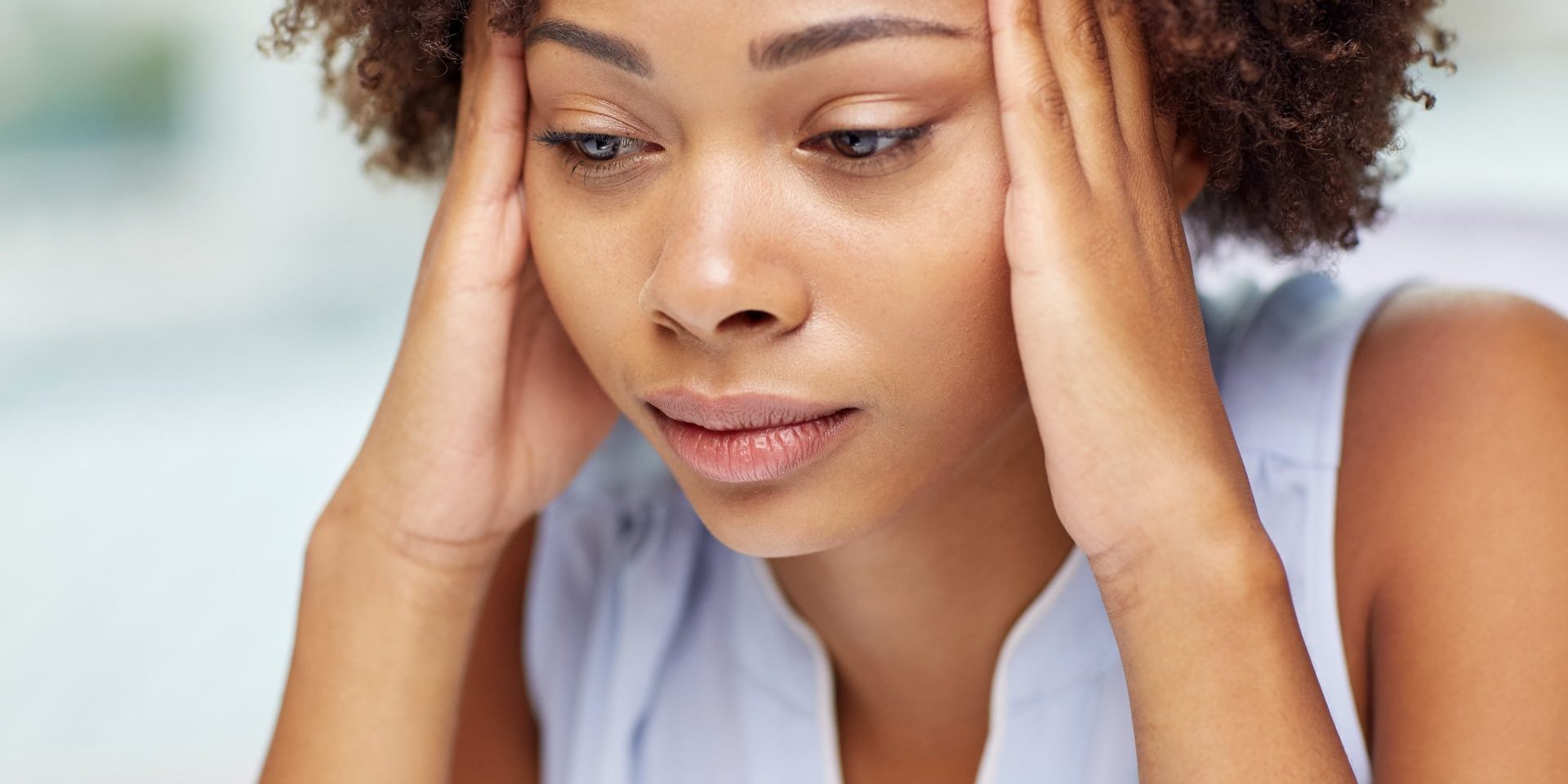 Unless you’ve been sequestered to mars over the last five years, you’ve heard about it. Adrenal Exhaustion. It’s the by-product of our busy, non stop, super-productive, incredibly overwhelming lives. Like most big issues facing our time, it’s the light bulb’s fault. Before we had 24 hour availability to light, we used to go to bed early, get up early and pretty much eat our veggies and keep a circadian rhythm in tune with the cows.

Not so much now.  In fact, not very much at all now.  Our lives are driven by our mental ability to keep pushing ourselves forward, irrespective of what biomechanically we are doing to our bodies and our brains.

We’ve covered chronic stress in previous blogs but in a nutshell, we’re dealing with cortisol and adrenaline. Both made by your adrenal glands. You have two of them, one on top of each of your kidneys. It’s these adrenal glands that take a punishing when we are under chronic stress. Flight or fright, or what neuroscientist refer to as acute stress, used to be allocated to days when we’d have a fright, a car prang or a big dog growling at you. But not anymore. Acute stress, they type that temporarily fills your body with cortisol and adrenaline and gives you the impetus to run away, or stay and fight, is not the issue that causes adrenal exhaustion. It’s chronic stress.

Our ancestors had acute stress. That’s the running from the bear in the woods scenario. But they didn’t have chronic stress where our bodies were constantly bombarded with external stimuli that pushed our adrenal glands into high rotation. Phones ringing, emails to be answered, work deadlines, grumpy boss, demanding co-workers, whingey children, food to be bought, dinner to be made, husband and wives to please, late nights, too much television, not enough sleep, crashing on the couch exhausted, alarm clocks blaring in the morning. Dragging yourself from bed, only to do it all over again.  Rinse, wash, repeat.  That’s our lives.  And it’s slowly but surely damaging us.

Adrenal exhaustion is when you’ve totally tapped out your adrenal glands. They’ve been pumped so many times in response to stress that they can no longer produce cortisol or adrenaline. This in turn affects your thyroid gland and your endocrine system.

“With each increment of reduction in adrenal function, every organ and system in your body is more profoundly affected. Changes occur in your carbohydrate, protein and fat metabolism, fluid and electrolyte balance, heart and cardiovascular system, and even sex drive. Many other alterations take place at the biochemical and cellular levels in response to and to compensate for the decrease in adrenal hormones that occurs with adrenal fatigue,” states Dr James Wilson Author of Adrenal Fatigue: The 21st Century Stress Syndrome.

But it doesn’t happen overnight.  Adrenal exhaustion happens gradually, you might like to think of it as occurring in a series of stages.

You’re stressed but you’re dealing with it.  You’re probably drinking too much coffee to compensate for the sluggishness starting to develop in your adrenal glands and you’re feeling tired when you wake up. Your pancreas is also affected under stress and your imbalance in blood sugar levels makes you feel low in energy too. So you’re not just reaching for coffee, you’re reaching for sugar. Soft drinks, carbs, chocolate, cakes, biscuits. It’s you’re ‘get you through the day’ diet. Waking up and needing that cup of coffee to fire up the engines is the first sign you’re body is kicking into adrenal fatigue. It’s just everyone around you is exactly the same, so you figure, there’s nothing wrong.

This is when your adrenals start to pack up on you. They just can’t keep up with the bodies demand for cortisol and adrenaline. And the cortisol flooding your system is starting to wreck havoc with your brain cells, your memory, and it’s super charging free radicals, which are damaging not just your brain cells, all the cells in your body.

You’re still managing to get the job done but your fatigue is getting worse. Your body craves sleep and rest. But often you’re too wired to calm down enough to get to sleep. Five cups of coffee and a diet of sugar will do that too you. Not to mention a body that’s been fuelled on adrenaline for far longer than it was ever meant to.

You’re irritable, anxious. And when you get out of bed in the morning your feel more tired than when you got in.  And now you seem to be catching every cold and flu that is going around. PMS and menstrual irregularities start to become more pronounced.

And here’s where your thyroid starts to weigh in.  Weak adrenals can cause hypothyroid symptoms.1  Your metabolism takes a dive. You’re sluggish, bad circulation and you’re starting to put on weight, even with diet and exercise.

But treating the thyroid as the issue is ineffective an unnecessary, as it’s the adrenals themselves that are the key to improving your thyroid function.

Now you’re probably off to the doctors complaining about feeling tired all the time, and just not feeling great in general. But the standard tests come back negative. There’s nothing wrong with you.

Whilst you’ve got a tonne of warning signs, half of them look like a dose of anti-depressant medication might work. After all you’re anxious, depressed, tired, foggy brained. You see conventional medicine doesn’t recognise adrenal fatigue. You leave feeling more confused than before.

So you hit the coffee shop and order up double shots, grab a doughnut, eat take away because you’re too tired to cook and drink a bottle of wine at night to try and take the edge off your mood, anxiety and general exhaustion. If nothing else the wine might help with your insomnia. Except it doesn’t.

Your stress levels haven’t gone down, if anything, your tiredness and sense of overwhelm is adding to the additional stress load. Your adrenal glands simply cannot keep up with the requirement of this unabated stress. Tapped out, cortisol levels drop. Sometimes, this process isn’t gradual and you have what’s referred to as an adrenal crash.  Now you’re body is in survival mode. You are limping along as your body starts to shut down. Chronic fatigue. Chronic fibromyalgia. You’d exercise but you can hardly walk to the bathroom.

The difference between adrenal exhaustion and adrenal fatigue is that you can’t function anymore during the day. And that is irrespective of how hard you push yourself. You’re adrenal system is so on the brink of collapse and any stressor will send your body into an adrenal crash.

This is when there is nothing left in the tank.  There’s a high chance of cardiovascular collapse and death.  At this late stage of adrenal fatigue, you may be diagnosed with an Addisonian crisis or acute adrenal insufficiency, of which you will get a diagnosis from the doctor.  Symptoms at this late stage are sudden, penetrating pain in the lower back, abdomen or legs, vomiting, diarrhoea, dehydration, low blood pressure and fainting. If left untreated the Addisonian crisis can be fatal.

Right.  Well that’s the bad news.  The good news is, you can treat it.

And you can address it early! We have previously covered aspects of stress and how it can be combated. But in our follow up article we’ll run through what you can do for adrenal fatigue and exhaustion. We’ll look at ways to support your adrenals and get you back to optimum health.

[1] Studies on the functional relationship between thyroid, adrenal and gonadal hormones.Tohei A J Reprod Dev. 2004 Feb;50(1):9-20.